What do the various logos and text on the Soyuz launcher signify?

I've noticed that different launches of the Soyuz launcher have a variety of logos depicted on the side of the fairing and boosters. 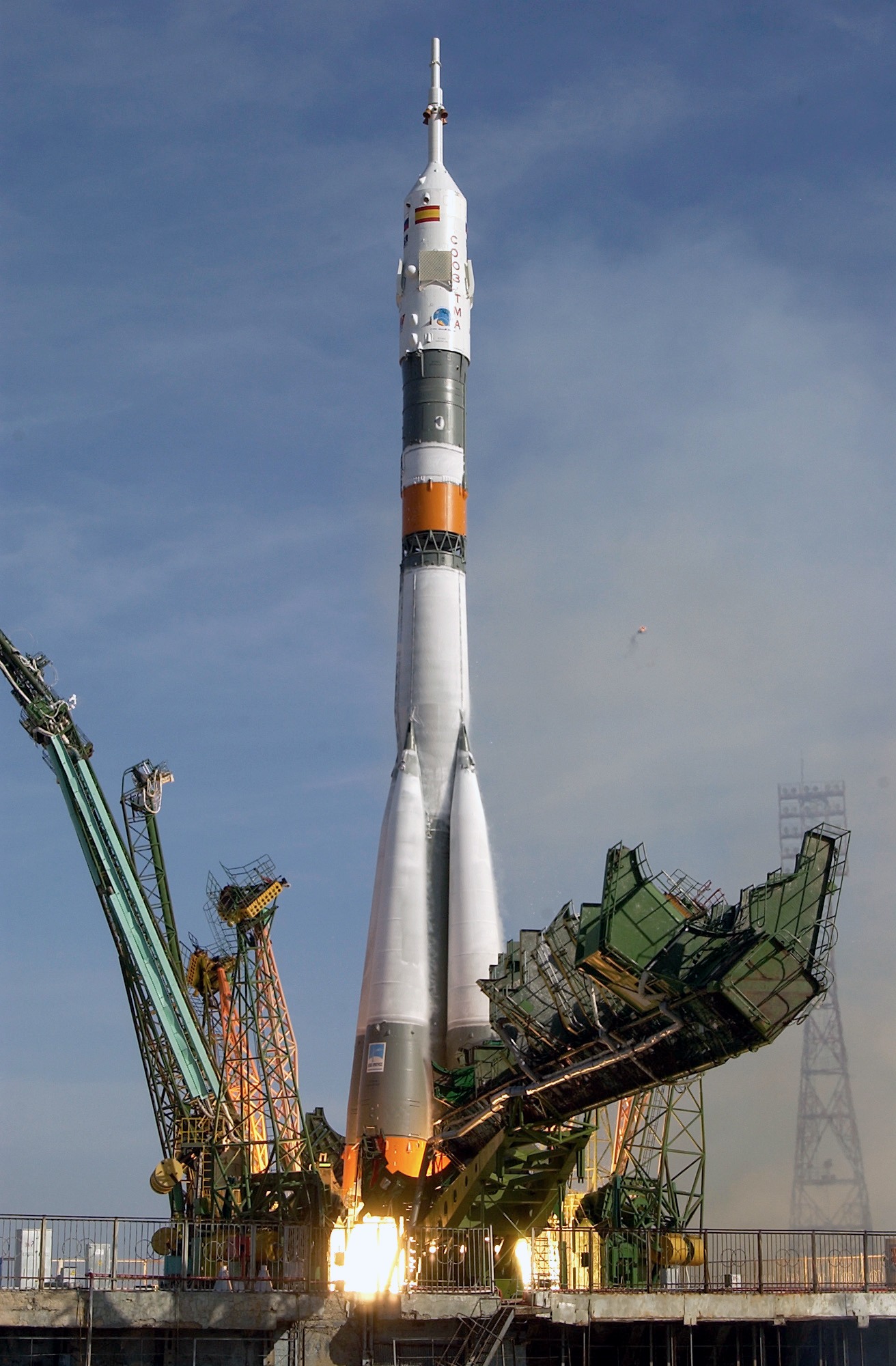 In the above example, there is what looks like the Flag of Spain, red text (Союз - Cyrillic Soyuz) and another icon to the left of that text. There's also a square blue/white logo on the bottom near one of the boosters. 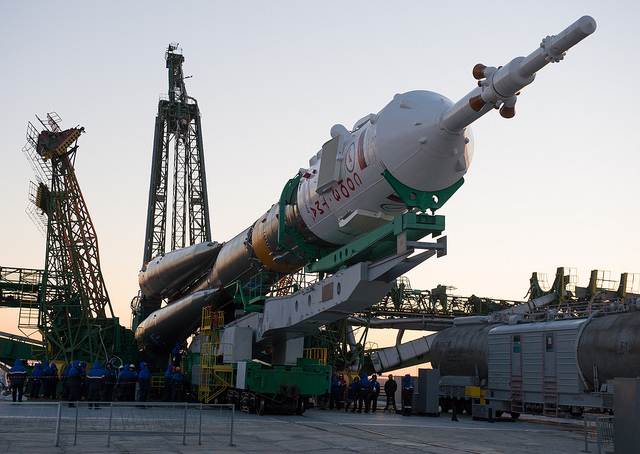 In the above there is what looks like the logo of the Russian Federal Space Agency.

The Spanish flag is the key to identify which of the Soyuz launches that was.

So let's review its logos:

Now lets rotate the rocket a little. This is the same rocket but from a different angle: 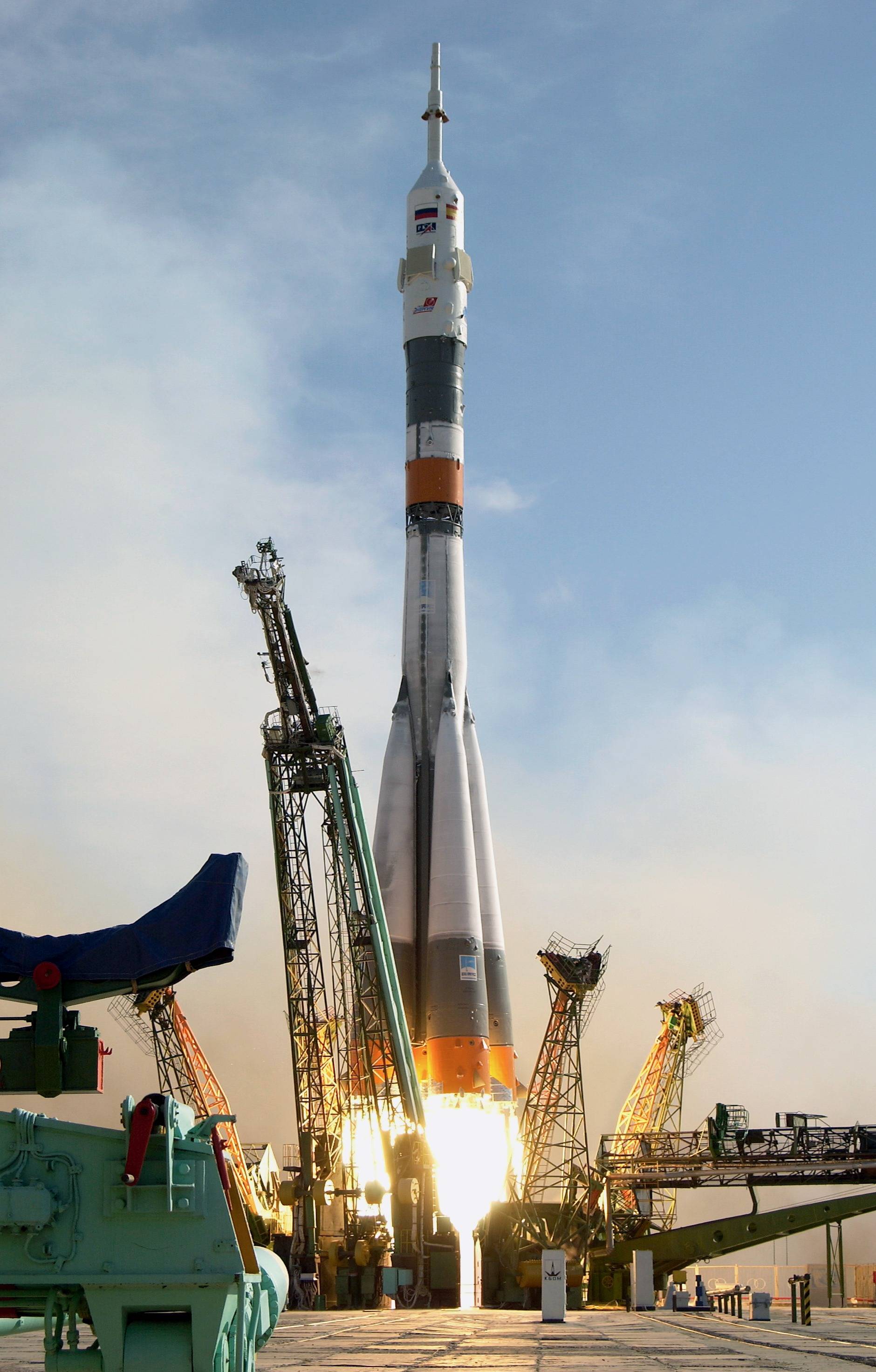 Now, I could not find a picture of the same rocket from yet another angle, but I assume there should be their Soyuz TMA-3 patch too somewhere, as well as USA flag for Michael Foale. Plus, I wouldn't be surprised by their ISS-8 mission patch.

All in all seems quite logical.

In addition to the logos of the Soviet Space Program and the launch customer, Roskosmos has in fact added non-launch related advertising to their vehicles: 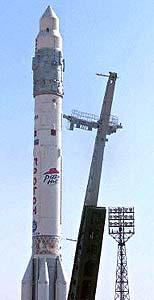 I personally have bought exactly one Pizza Hut pizza in the past two decades, and that purchase was specifically to support the advertiser!

Not the answer you're looking for? Browse other questions tagged mission-design soyuz-launcher insignia or ask your own question.

52
Did a Soyuz fly with a Union Jack?