As everyone knows, New Horizons, which was sent some decades ago, reached Pluto on July 14th, 2015 and it stayed there for only 24 hours and after that it is going into the Kuiper Belt and thereafter into interstellar space like Pioneer and Voyager probes did before it. My question is, why was New Horizons not allowed to stay in Pluto's orbit to collect information on the dwarf planet, like MOM (Mars orbiter Mission) is doing around Mars? Is this due to scientists being less interested in searching for life in the Pluto system, or are there any other reasons?

New Horizons was launched roughly 9 and a half years ago, on January 19, 2006. So not decades ago. Pluto is far, far away. In fact, so far away, that both the Sun and the Earth, together with the rest of the inner Solar system planets (Mercury, Venus and Mars) that are closer to us, appear in that small inner ellipse on this image of the New Horizons flyby trajectory: 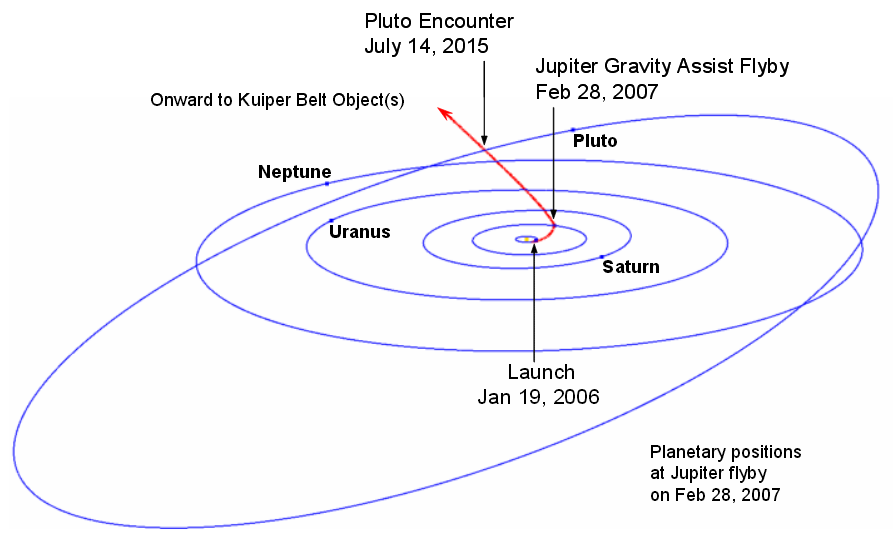 And while we managed to launch New Horizons at record setting speed of 16.26 kilometers per second (58,536 km/h or 36,373 miles per hour) on its way to Pluto and setting it free from the Earth's gravitational grip that keeps you well seated on your chair, all of its way there it was still pulled by the immense Sun's gravity towards it and was slowed down by it on its way to Pluto, so it also used a Jupiter gravity assist to gain an extra boost, trading some of Jupiter's angular momentum in its orbit around the Sun for higher exit velocity towards Pluto. A tiny amount of this momentum for the super-massive gas giant Jupiter, but a big push forward for in comparison tiny New Horizons (nearly 1/4 of a quadrillionth, or nearly 4,000,000,000,000,000,000,000,000 of New Horizons would equal the mass of Jupiter). And its velocity gain with respect to the Sun looked like this: 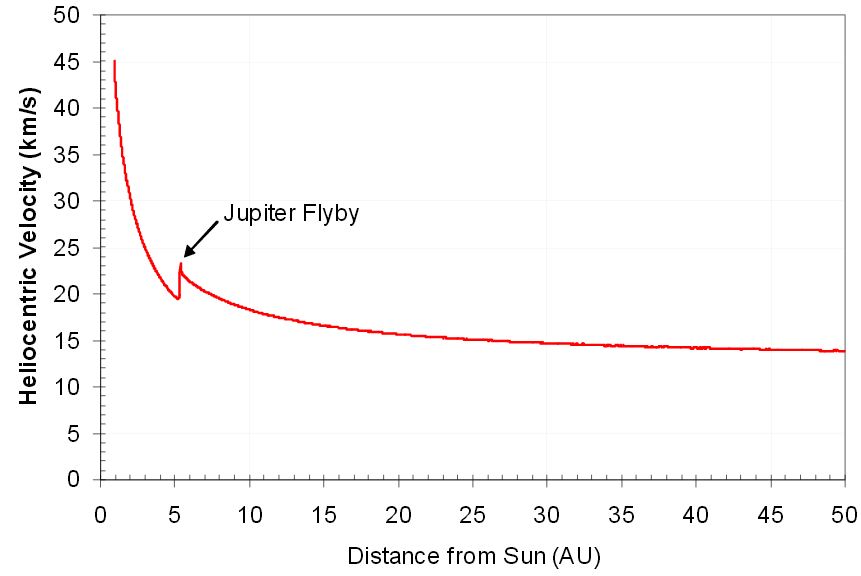 So now that the New Horizons probe is going real fast, so vastly hugely mind-boggling fast that your trip to the chemist seems just peanuts in comparison, it managed to get to Pluto at a relative velocity of 13.78 km/s (49,600 km/h or 30,800 miles per hour). And even for a measly 478 kg probe, halting it to a stop would require a tremendous amount of energy and some form of reaction mass to accelerate in the opposite direction, and quite a bit of it. And that's something that New Horizons doesn't have available to it, and if it did, it would increase its mass, it would then be launched at much slower speed towards Pluto, and really take decades to get there.

So, in other words, New Horizons was going too fast to have halted to a near stop and remained at Pluto for longer. It wasn't a bus trip with stops along the way, but a speeding bullet (actually about 50-60 times faster than that) moving through the vast nothingness of the vacuum of space. And unless it hits something along its way, it will continue to do so for many millennia to come and exit our Solar system entirely.

Not the answer you're looking for? Browse other questions tagged orbit probe new-horizons pluto mission-design or ask your own question.

30
Requirements to orbit Pluto
4
When New Horizons is closest to Pluto, how fast will it be going (km/s)?

11
Will Pluto's atmosphere collapse prior to New Horizon's visiting it?
22
What's after Pluto for New Horizons?
25
Why doesn't the New Horizons probe fly any nearer than 10,000 km from Pluto?
10
What is the relationship between New Horizons launch and Pluto's loss of Planet status?
17
What powers New Horizons?
11
Did New Horizons capture enough of Pluto's surface to create its global map?
20
Why have there been no new New Horizons images in the last few weeks?
13
What's after the Kuiper Belt for New Horizons?
3
Will the upcoming observations of occultation by Arrokoth (2014 MU69) be of a single object, or two?