Where do the poles of the Solar System point? [closed]

The solar system is like a big rotating disk, so it has an axis. Where do the two ends of the axis point in space?

To put it another way, where in the sky are the two furthest points from the ecliptic?

The common reference in the Solar System isn't the sun's rotation, but the ecliptic plane, or the invariant plane. The ecliptic plane is nearly constant, on the order of thousands of years, and is the plane around which the Earth revolves around the Sun, and the invariant plane involves the momentum of the objects in the Solar System, and is thus dominated by Jupiter. The difference between the two is less than 2 degrees, and is thus sufficient for our purposes. Here is a view of the north Ecliptic Plane, followed by the south, grabbed from Wikipedia. 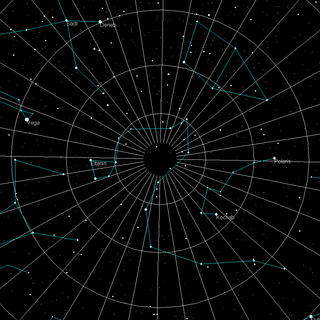 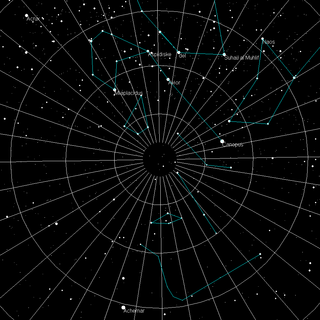 For reference, the Sun is close to that pole, only 6 degrees off, although I'm not sure about declination.

Not the answer you're looking for? Browse other questions tagged navigation astronomy or ask your own question.

9
Could a swarm of probes autonomously establish orbit around an asteroid?
8
How to find orbital elements of a binary system
9
How do we define geographical coordinates on non-spheroid celestial bodies?
2
When was stereoscopic photography first used intentionally on solar system body?
5
How might Earth's location be referenced in stellar terms?
9
Navigating in space with only cameras
4
Help understanding BepiColombo's weak capture at Mercury's L1 and need for delta-differential one-way range measurements
4
Help understanding exactly how an atomic clock facilitates “self-driving spacecraft” when paired with an onboard camera?
38
Given small computational resources, how was navigation implemented? (Not samples of old guidance software)