Why is there a purple dot in the middle of this EPIC image? 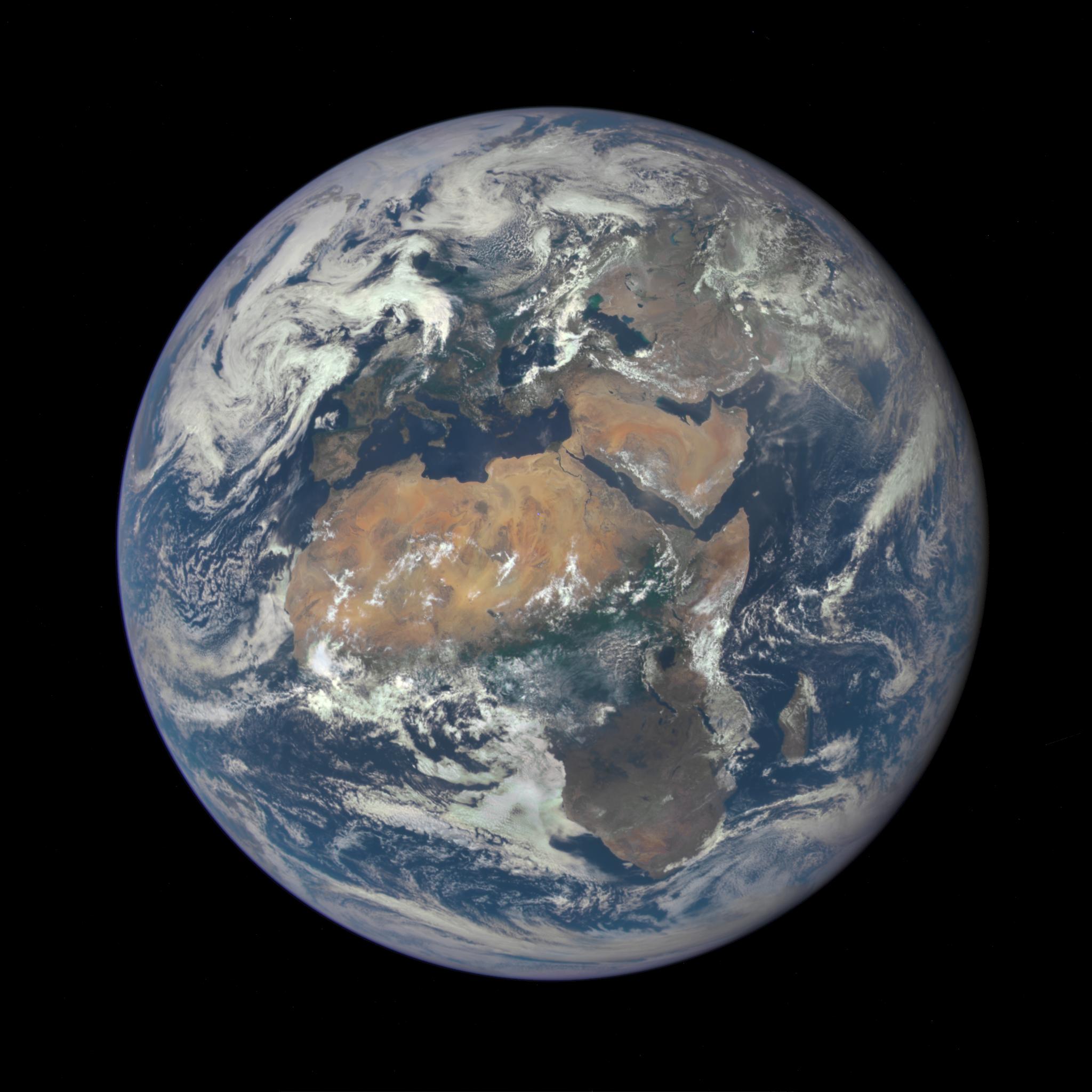 If you zoom in on the full image, you will find a purple dot in the middle of the Egyptian desert: 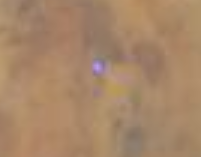 This does not look physical, and it appears to be exactly in the middle. I don't find it in the first released EPIC image. It looks like some instrumental artefact. Why is it there?

EPIC (PDF) is a Cassegrain type reflector telescope so there's the fixed hyperbolic secondary mirror in the middle of the telescopes light path / focal plane. While that could be removed during post-processing and combining multiple exposures focusing at slightly different angles of the telescope itself (or shifting of the sensor on the focal plane, depends on its exact design), it is also the region that would be most susceptible to even the slightest of deformations, or slight misalignment, possibly due to thermal cycling, of both the mirrors that are fixed and were collimated before flight: 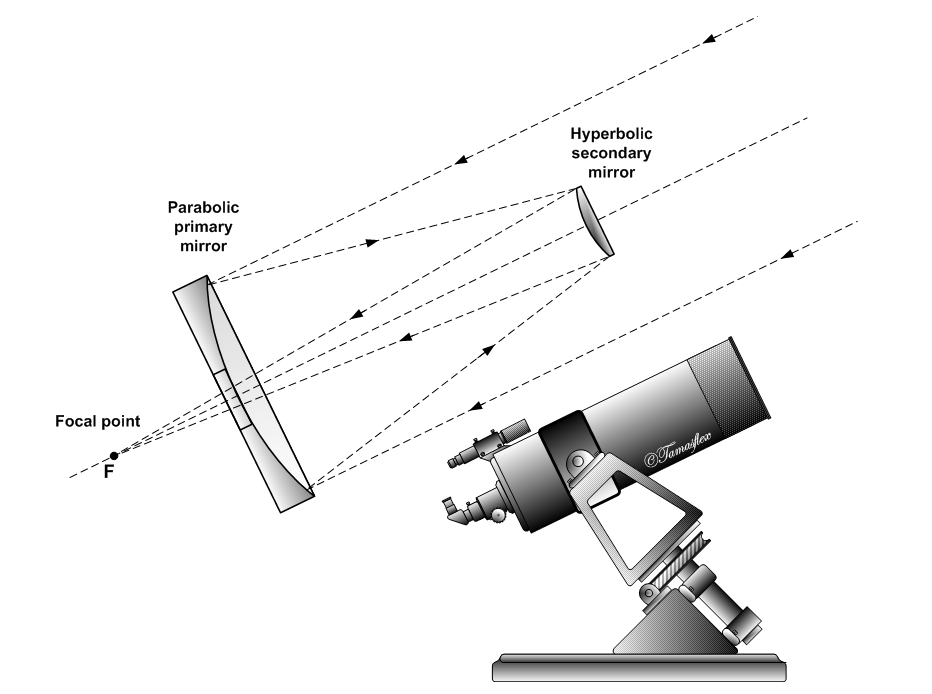 Additionally, due to DSCOVR's vantage point from Sun-Earth Lagrangian point 1 (SEL1), the telescope would focus on nearly 100% (99.6% of its great circle, to be precise) illuminated Earth with the Sun behind it. That ought to create a central region of coherent backscatter which would be difficult to remove even with multiple exposures, since it would be always present regardless of the telescope's slightly changing angle. So it would appear as an overexposed region, that might appear as pretty much anything after post-processing, including the Moiré fringed dot with typical read and blue channel interference pattern around it on the image that you noticed, once the RGB sources, or slightly different angles, or both, are interpolated. Notice that there's also a bit more of color bleeding around the central dot, than elsewhere on the image, with odd yellow-green hue patches for somewhere in the middle of the Saharan desert.

Not the answer you're looking for? Browse other questions tagged imaging camera instrument dscovr or ask your own question.

4
Now what do we think? Is this purple dot really caused by Cassegrain optics and coherent backscattering?

4
Why is part of this New Horizon's Charon high resolution image missing?
6
What is the timeliness of DSCOVR-EPIC image acquisition and public release?
4
Now what do we think? Is this purple dot really caused by Cassegrain optics and coherent backscattering?
1
How could the recently explained “glints” seen by DSCOVR appear so compact considering the finite size of the sun?
3
What can cause grooves (stairs like) features on Mars's ground that is opposite to water flow direction?
5
Why are images from DSCOVR EPIC unavailable for certain dates?
1
How (the heck) does SOHO's SWAN camera image the entire 4π sr celestial sphere?