Is interstellar plasma a danger for future probes and astronauts?

As Voyager 1 continues its trek across interstellar space it has been reporting increased amounts of CME Plasma and Interstellar Plasma. When these two types of plasma interact a shock wave is generated with the last going on for more than a year. As these shock waves are expected to propagate far out into space, how does this affect future probes and astronauts?

Do spacecraft require additional shielding based on what we've learned so far?

Is the shock wave generated by the plasma's meeting each other dangerous to life or manned space craft? 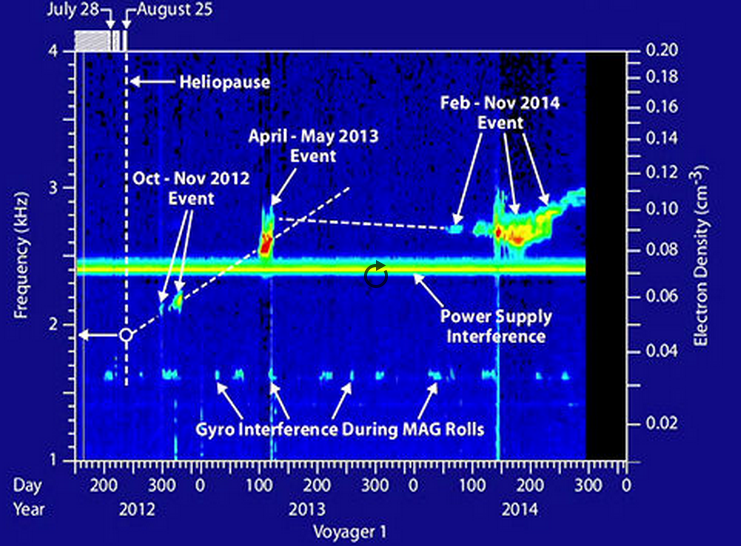 I asked a colleague (R. Jokipii, a retired expert in this field) about this, and here's my summary of what he told me.

"Even with the significantly lower intensity of galactic cosmic rays at Earth's orbit, astronauts would exceed current lifetime limits for astronauts within about 6 months when outside of the Earth's atmosphere and magnetic field. At present, there is no practical method to shield them from the galactic cosmic rays. Of course, the situation would even be worse at [location of] the Voyagers."

So, it's the radiation that would be the danger for astronauts on manned probes—not the plasma.

He pointed me to a paper by Eugene Parker, an even more well-known plasma physicist who studied these interactions ("Shielding Space Travelers", Nature, 2006). The point of the paper is that cosmic rays pose the greatest threat to space travel, so shielding against these is critically important for any manned space exploration.

Not the answer you're looking for? Browse other questions tagged interstellar-travel voyager cosmic-radiation or ask your own question.