Playing Kerbal Space Program, I have my speed, range, and direction in game. Granted docking is still somewhat difficult, keeping all of these things in range.

I'm wondering, when docking to the ISS, or even earlier stations, what systems were used to enable docking? When trying to dock in game, I need to know, at the very least, my speed and my range. Lately they have been using Dragon (SpaceX?) docking capsules to resupply the ISS. What systems are used remotely or robotically to dock these modules?

Shuttle, for rendezvous sensors, used the Ku-band in radar mode and an optical sight (the Crewman Optical Alignment Sight or COAS). 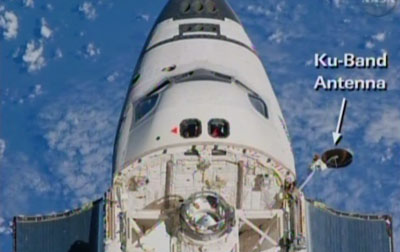 Closer in there was a laser radar mounted on the docking system called the Trajectory Control System (TCS) that used reflectors mounted on the target vehicle to get range and range rate. (The highlighted box is a different rendezvous sensor being tested, the TCS is the white box with a dark rectangular window to its left). 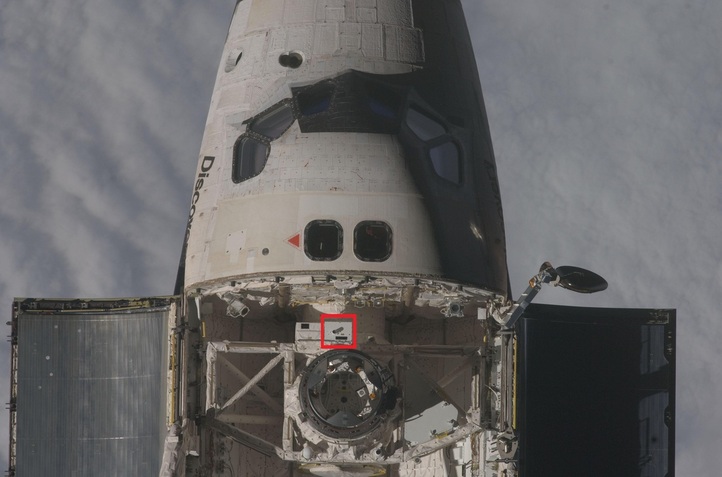 This was later supplemented by a hand-held LIDAR to give range and range rate (basically a modified police laser speed detector). 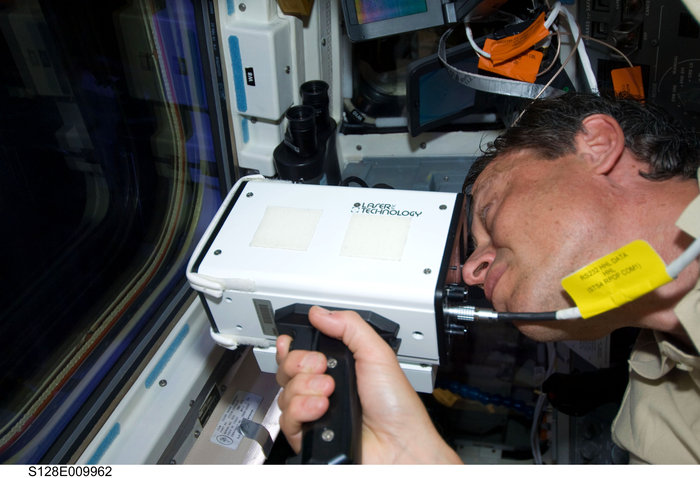 Early on this was also done by triangulating CCTV cameras from the payload bay and using an overlay on the TV monitors...but I believe this was considered a backup method by late in the program, as I don't recall much training on it being done, as opposed to the TCS.

Finally, for the last few feet, there was a optical docking target, viewed through a CCTV camera looking up through the airlock hatch window. 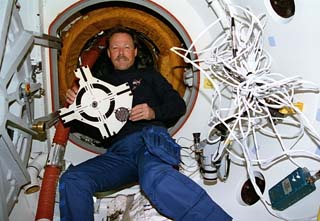 And just for coolness, the rendezvous flip maneuver (sped up)

My favorite reference for this is JSC 63400 "History of Space Shuttle Rendezvous," available http://ntrs.nasa.gov/archive/nasa/casi.ntrs.nasa.gov/20110023479.pdf

Some highlights (page numbers for Rev 3):

The most commonly used system is either Radar or LIDAR, both of which will get the range and velocity of the differing target very accurately. LIDAR is a bit better, and will give you a larget image.

Alignment is a bit trickier, but again, the same systems, LIDAR and Radar, are the primary systems used.

Not the answer you're looking for? Browse other questions tagged orbital-mechanics docking rendezvous or ask your own question.

2
When sending astronauts to the ISS, how does each spacecraft sense the other?
1
Fielding Photonic radar in outer space

11
ISS attitude during docking
3
Best orientation for docking
4
What's the maximum residual speed for docking?
11
Worst damage incurred during a rendevouz or docking operation?
10
Who performs the docking procedure?
1
Docking of LM with CSM
13
What orbital mechanics toolkits available today are suitable for a real-time simulator?
2
ISS Docking / Undocking schedule availability
4
Docking cubesat in orbit - is it possible?