What would NASA have done if they knew Columbia was catastrophically damaged?

When the Columbia Shuttle broke apart in 2003, it was known after the launch that a piece of foam had fallen and hit the Shuttle. NASA apparently chose not to investigate it as well as they could have. If they had known (or even suspected) the damage to Columbia would have resulted in catastrophe upon re-entry, what process would have taken place?

Could they have performed an impromptu spacewalk to assess and possibly repair the damage? Could another Shuttle have been launched to retrieve the crew? Could the ISS have been used in some way to help their situation? (I think these questions are more for my curiosity of what could have been done and they were just part of my thought process. They don't necessarily need to be part of the answer. I'm more interested in what NASA's process would have been).

The answers to all your questions are described at length in section 6.4 (page 173) "Possibility of Rescue or Repair" of the CAIB Report.

Appendix D-13 "STS-107 In-flight Options Assessment" is a very detailed description of the process that was utilized to come up with the self-repair and rescue options. Major elements of the process:

TL;DR: It might just have been possible to mount a rescue mission using a different shuttle being prepped for the next mission. However, the debate over whether this would have been wise, given that the foam shedding problem would not have been fixed, would have been intense. 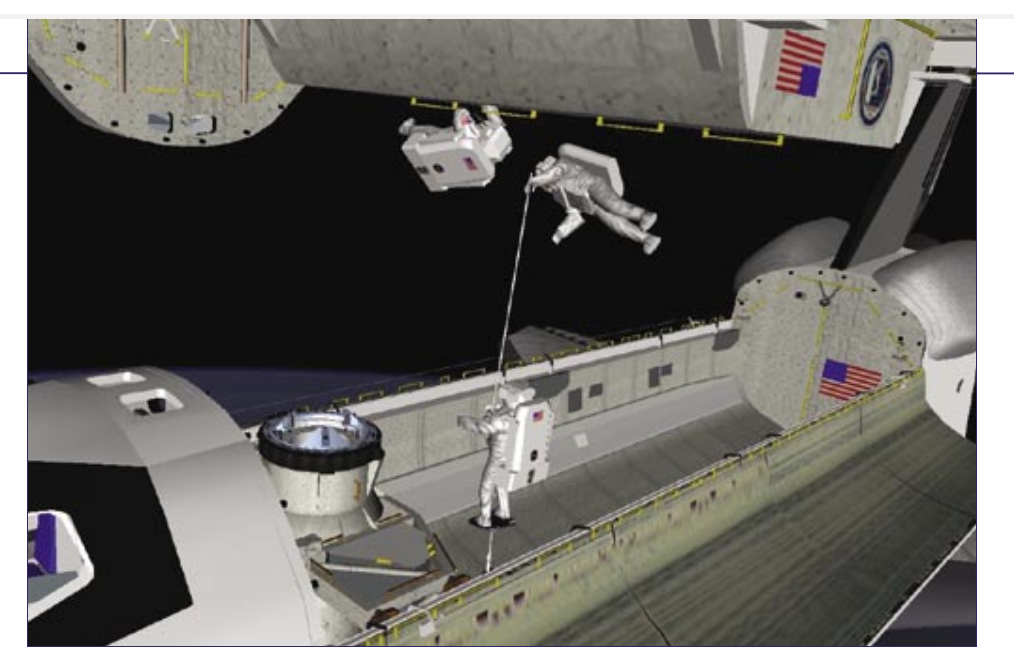 Self-repair options using EVA tools and techniques are also described in the report. Basically they consist of accessing the breach and filling it with materials which might help to slow the rate of damage increase. The chance of any of this working is mostly unknown. 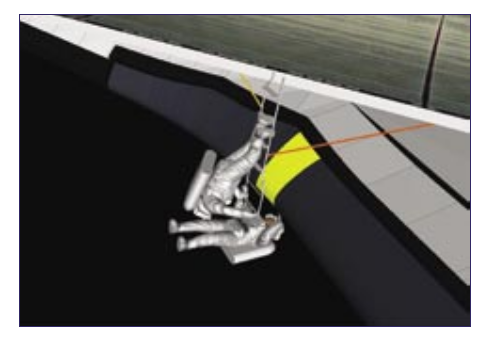 The ISS would have played no role in any rescue and could have done nothing to help due to its different orbital inclination from that of the STS-107 mission.

The plan detailed in the CAIB report shows how difficult it would have been to mount a rescue mission. Even though Atlantis was being prepared for the next mission, they would have had to cut mission preparation time in half. No time for tests and checks. Everyone working frantically under gigantic pressure with no room for mistakes.
Meanwhile Columbia's crew would need to extend the mission far beyond the designed on-orbit lifetime of the Shuttle, with air (actually carbon dioxide scrubber canisters) being the most critical limitation.

"Accelerate" is a prosaic word for the herculean effort that would have been needed. Activities that normally take place across weeks or months would have to happen in hours or days. Civil servants and contractors at KSC would have to begin 24/7 shift work, keeping the lights on and the process running every hour of every day, for a minimum of 21 days, to power Atlantis through checkout and make it ready to launch.

Three unceasing, brutal weeks of 24/7 shift work—and that's with absolutely no margin factored in for errors or failures. The Orbital Processing Facility team, the Vehicle Assembly Building team, and the Launch Complex 39 pad team would have had to get every one of the millions of steps right, and every component of Atlantis would have had to function perfectly the very first time, or it would all be wasted.

A spacewalk to assess Columbia's damage would have been difficult. Columbia didn't have SAFER jet packs on board, so its crew would have had to free-climb across the outside of the shuttle (a precarious affair without handholds) to get to the wing.

From the Ars Technica article:

The error-free rescue of Columbia would have depended not just on the flawless execution of teams at all of the NASA centers but also on an unknown number of events that happened days, weeks, months, or even years in the past leading up to the mission.

In answer to one of the OP's questions ("If they had known (or even suspected) the damage to Columbia would have resulted in catastrophe upon re-entry, what process would have taken place?"), if NASA had had insight into the extensive damage Columbia had been dealt during ascent, they would have certainly considered a different reentry plan - most logically to Edwards AFB. The most vulnerable section of the flight path, in terms of producing debris, would then have been at least a few hundred miles west of the California coast, over the Pacific Ocean.

If nothing else, it would have been viewed as highly irresponsible to route the reentry over populated areas, as it ended up being...and a one-orbit wave-off (which was discussed, due to weather concerns at the Cape - I was there) would have put the reentry trajectory over the heavily populated Houston metro area.

Not the answer you're looking for? Browse other questions tagged nasa space-shuttle failure procedure shuttle-columbia or ask your own question.

11
Could supplies have been launched to Columbia?
10
What, if any, abort options would the crew of Columbia had on reentry during STS-107, assuming they became aware of the damage during that phase?
3
how long does it take to have an emergency crewed space launch?

14
Was the possibility of damage to the SS Columbia made public before it reentered on Feb 1, 2003?
8
Were ejection seats on the Space Shuttle a practical safety system?
6
Why didn't the space shuttle use non-foam-shedding external tanks?
10
Why did Columbia’s planned flight manifest have a five-year gap with absolutely nothing in it between 2004 and 2009?
6
Shuttle RCC (reinforced carbon-carbon) panels?
3
Could DOD earth observation (i.e. spy) satellites have photographed the Columbia Orbiter on STS-107?
6
What were the space shuttle’s emergency procedures for an SRB or ET separation failure?
11
Could supplies have been launched to Columbia?
14
Did the U.S. Space Shuttles have a way for crew to bail out?