Can Soyuz be used to perform maintenance on satellites

The Space Shuttle made several servicing mission for satellites, most famous ones would be to service Hubble. 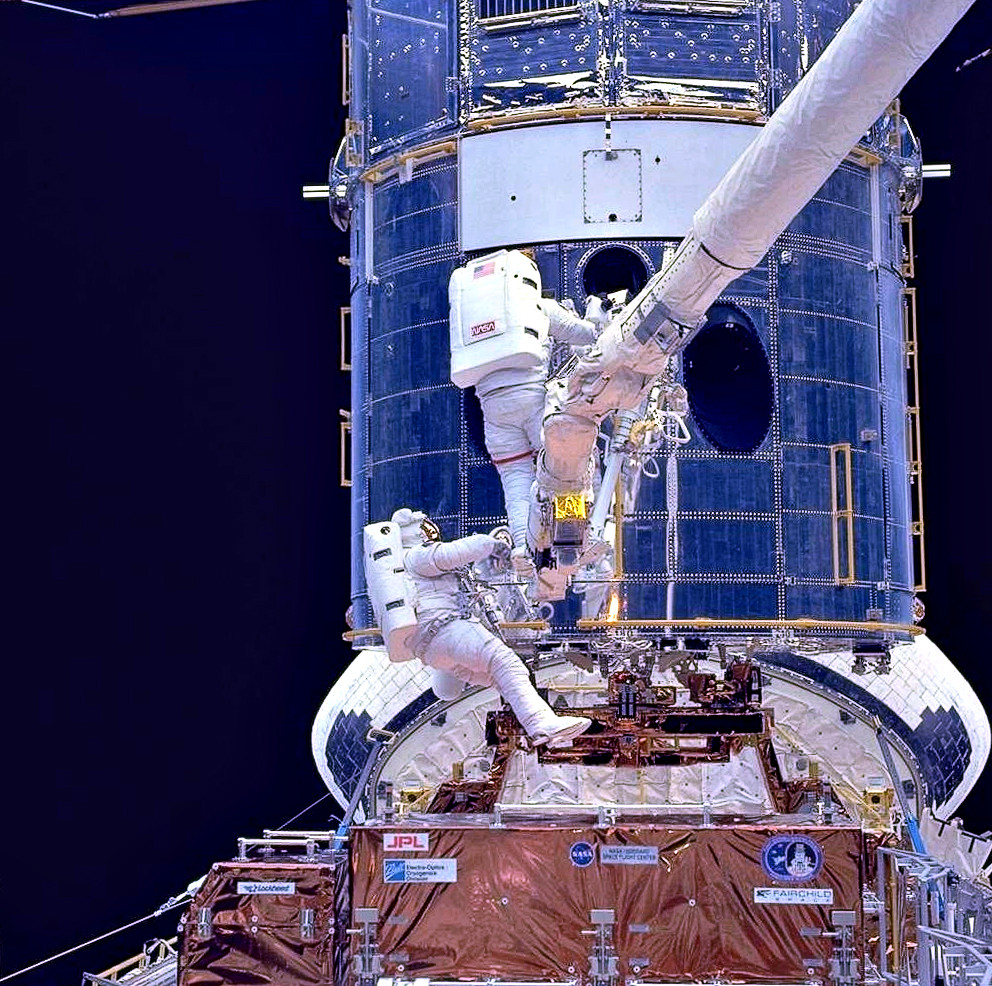 Would theses kinds of operations be feasible with a Soyuz spacecraft ? Would it be practical or make sense (maybe todays technology make it more practical to just send a new satellite to replace the old one) ?

The Soyuz could probably rendezvous with a satellite, assuming it was in the right orbital range, but would not be able to dock to it (unless the satellite happened to have been built with this in mind) or grapple it - the Hubble here was grappled by the manipulator arm, which the Soyuz does not have, and then berthed inside the payload bay.

After this, you'd have to have someone go outside to do the work. A Soyuz could theoretically support an EVA (using the orbital module as an airlock) - but it would have to be modified for it. The last time an EVA took place directly from a Soyuz was in early 1969. Even if they did get outside, there would be very little space for handholds and so forth compared to the much large Shuttle - certainly no spacious payload bay with attachment points - and of course no manipulator arm to help them reach the satellite and move around safely.

So even if they did get outside (from a heavily modified Soyuz) they'd be more or less stuck hanging on and waving at the satellite...

Thus they had a stable platform to work from. But they also had places where equipment (New components) and tools could be stored easy to access. There was lots of room to store all the tools, and parts they needed.

Soyuz is severely limited in this respect. You could not really mount things on the outside and survive launch.

Now you could build a platform that Soyuz could dock too, that would carry all this with Soyuz behaving as the launch and return vehicle for the fragile humans. But everything else on the other vehicle. \

If Orion was to be seriously considered for such a task it would probably follow such an approach of some kind of logistics or service module to carry most of the stuff needed and Orion just being the human transport component of it.

Not the answer you're looking for? Browse other questions tagged soyuz-spacecraft maintenance or ask your own question.

18
Why won't JWST deploy in LEO where it is potentially serviceable?
17
Are satellite repairs in orbit still being performed nowadays?
8
With an external airlock attached, could Commercial Crew Program spacecraft service Hubble?