Quote from recent answer: "Some rockets [can't be transported] horizontally unless their tanks are pressurized".

Oh? How is transportation handled then, and which rockets are like this?

Rockets are made only just strong enough to withstand the forces they are subjected to, otherwise the 1% to 3% or so that is available for payload vanishes to nothing. This I understand. I went looking for examples of a few different rocket stages being transported: 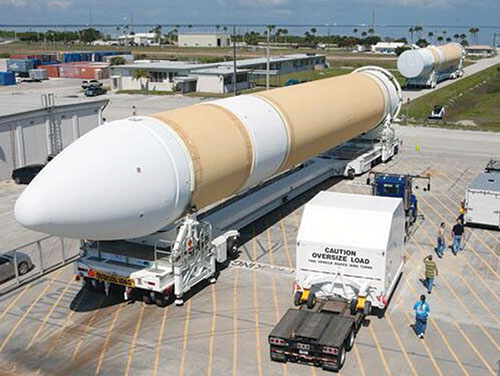 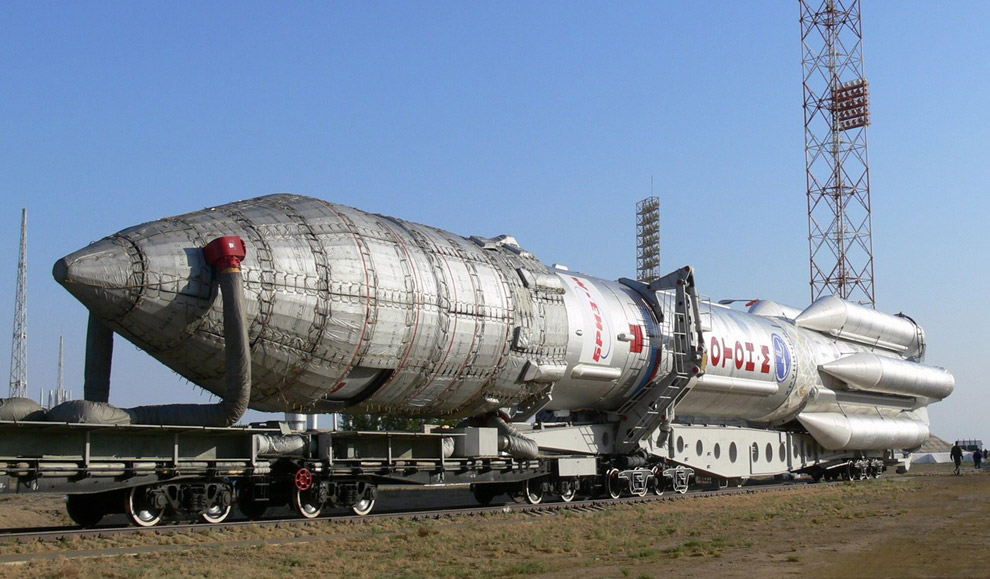 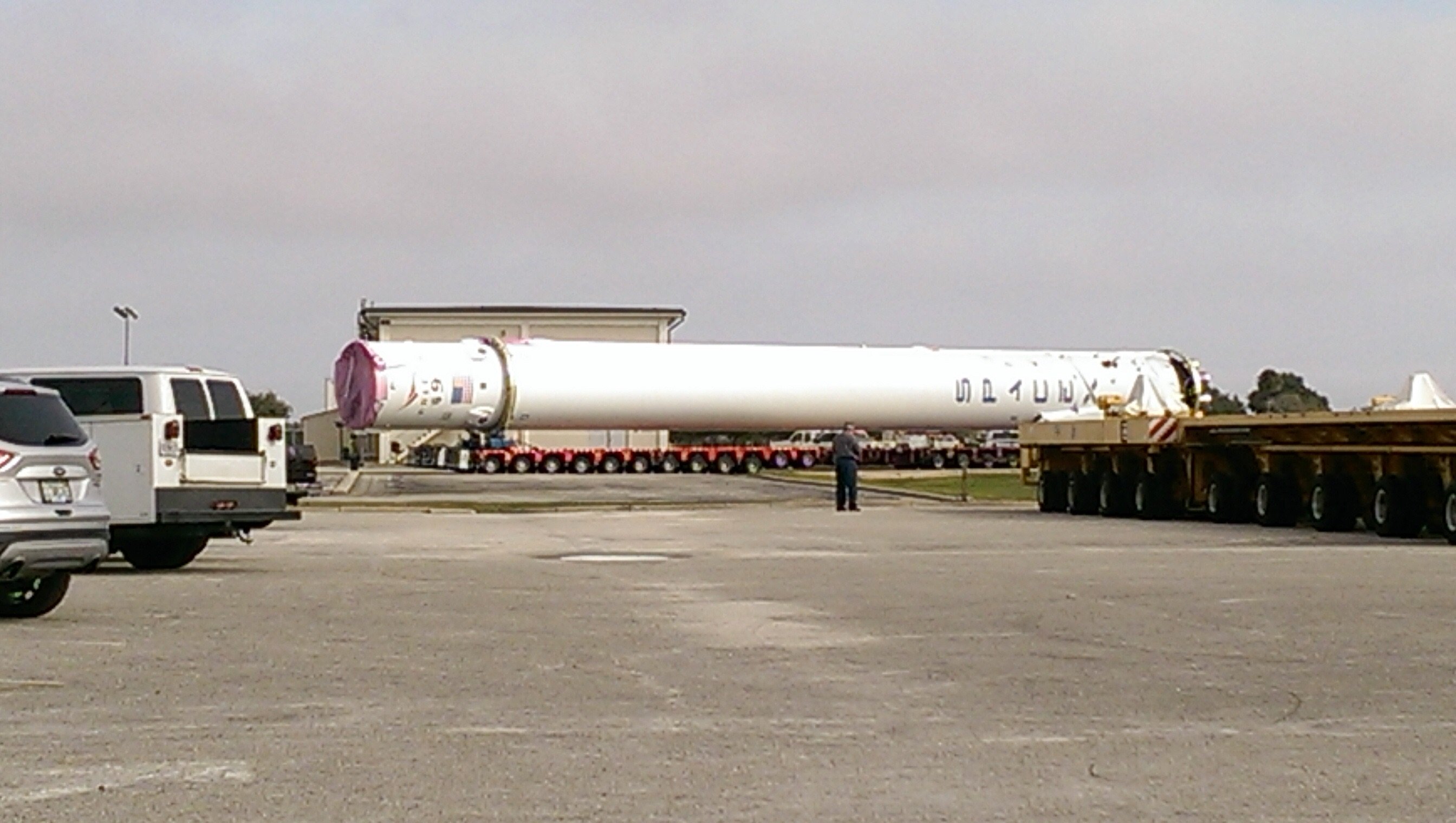 Falcon 9s, Delta 4s, and also Atlas stages are supported the same way - at two points, near the top of the stage, and just above the engines. I'm not sure what is happening with the Proton. Maybe that belongs in a separate question.

So, those are pretty long unsupported spans. Are they cases where the tanks are pressurized,thus adding rigidity? What do they put in the tanks? How are they placed on the trailer beds, and taken off them?

It is true that some of the rockets, especially the initial Atlas family of launchers, are to be pressurized even during storage or they will collapse under their own weight.

Basically, these are simply steel balloons that will retain their shape and rigidity only under constant pressurization.

This 'steel balloon' design was essentially adopted from the ICBMs on which the first launch vehicles were developed. The first thermonuclear weapons were heavy and had to reach Soviet Union when launched from continental US.

This meant that the launch vehicle should have a number of stages or be exceptionally light. The designers used a balloon tank to achieve this in Atlas ICBM.

In case of the ICBMs, they were constantly in a pressurized state, using Nitrogen. In case of Atlas ICBM (and launchers), the tanks should have Nitrogen at 34 kPa for rigidity.

However, with advances in materials and manufacturing techniques, the tanks no longer need pressurization (Centaur stage is an exception).

During storage and transport, these tanks were filled with Nitrogen. However, present day tanks can be stored and transported without pressurization, and most of them use the isogrid design. 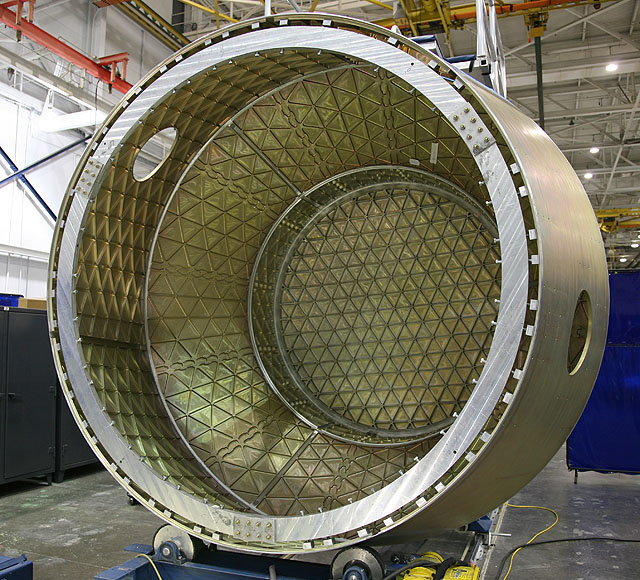 There are some launchers somewhere in between these two cases. For example, Falcon 1 first stage can be transported without pressurization; however, it gains additional strength when pressurized for flight.

Not the answer you're looking for? Browse other questions tagged rockets transport or ask your own question.

25
Will some rockets really collapse under their own weight?
-1
Horizontal space launch from a ramp

10
How are fuel leaks discovered on a rocket?
8
What tonnage can current heavy rockets land on the Moon?
8
Why do rockets separate from both its strap-on booster cores simultaneously instead of one at a time? (Delta IV Heavy, Falcon Heavy, Angara)
0
What support equipment is necessary to maintain a falcon 9 booster during transport after recovery?
12
How are rocket nozzles made?
8
What happens to rocket stages that land in the oceans, and how many are still there?
7
how much reusable are electric pump fed rocket engines like Rutherford Engines of Electron rocket?
1
How are satellites, rocket launches and other space programs affecting the earth’s rotation? How will it be affecting living beings?