Is the Hubble's orbit larger than that of the moon?

I have seen this picture: 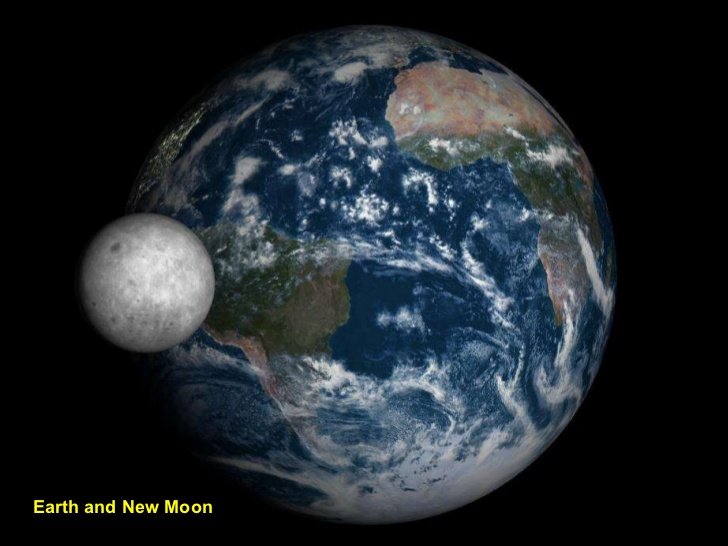 and was wondering how they managed to get both the moon and the earth in the same frame for a shot (a relative position/orbit circles would be nice) - or has this picture been altered or taken by something other than the Hubble telescope?

No, Hubble is in low Earth orbit, much lower than the Moon. The shuttle delivered it to orbit, and the Shuttle can't get near the Moon.

The image you reference is very similar to one that came from DSCOVR, which is at a point about a million miles from Earth between the Earth and Sun, which always sees the sunlit portion of the Earth. However, there are some differences that just don't quite make sense. It seems more likely that someone simply inserted a picture of the Moon over the Earth. One of the key ways you can tell this is that the Moon is brighter than Earth, while in reality, the moon is rather dark. In fact, the brightness of the Earth and Moon should be reversed, the Earth bright, and the Moon dim.

No way it's from Hubble. Being in Low Earth orbit, Hubble will only see roughly the same side of the Moon we see on Earth. For reference, here's some images of the Moon from Hubble: http://hubblesite.org/newscenter/archive/releases/1999/14

The DSCOVR Satellite at at the L1 Earth-Sun Lagrangian Point recently captured a similar image, but with the Moon much closer (meaning the image would have to be from something even further).

The Moon is fully illuminated in the above image sequence, but still much darker than the one from the site claiming to be from Hubble.

Whatever captured that particular image would have had to tune its exposure specifically for the Moon then overlay it with a capture of the Earth.

Not the answer you're looking for? Browse other questions tagged the-moon orbit low-earth-orbit photography hubble or ask your own question.

13
Why is the life span of a LEO satellite less than that of a GEO satellite?
17
What is the purpose of Hubble's aft vents?
26
Can a satellite orbit Earth so that it always has the Moon in line of sight?
29
What did the sky actually look like from the Moon?
0
Would the orbit of the Moon affect Earth's climate?
1
synchronized orbit between Earth and Moon
9
Can ISS astronauts see the lava from the Kilauea volcano at night?
18
Could Hubble observe the night side of the Moon?
4
Are Longjiang 1 and 2 the only spacecraft to image the far side of the Moon in a single frame with detail?
4
What exactly gives a larger field of view to the donated “spy” telescopes that NASA may send to Mars? How much larger?