Can plants grow in microgravity?

If a manned mission to another far-off planet were to take place, the crew probably would need something more sustainable than tubes for a food resource - plants would probably be the best option.

However, almost all plants have a gene specifying that they grow against gravity. This would lead me to believe that they wouldn't do very well in micro-gravity.

Would normal, non-genetically-modified, plants be able to survive and yield fruit in space? What special considerations or procedures would need to be taken into account?

So far the studies that have been performed in orbit have shown that plants grow perfectly normal (shoots up, roots down--so to speak) in microgravity. They also produce healthy offspring which can grow new plants in orbit.

Experiments have been performed on Arabidopsis and other Brassicaceae.

Aboard the ISS a special “plant growth chamber” called Advanced Astroculture (or ADVASC) is used for Arabidopsis. Within this enclosed chamber the environmental and growth conditions of the plants can be controlled.

The ADVANCED ASTROCULTURE™ controls temperature, humidity, light, atmospheric conditions and delivery of nutrients to plants. It requires no power during Shuttle ascent and descent.

The seeds are planted in a tray containing a special material composed of crushed clay (Arcillite) for rooting. The plant receives its nutrition via basins in ADVASC that contain water and other nutrients.

Another unit with plant growth chambers called the Advanced Biological Research System (ABRS) has also been used on the ISS for Arabidopsis. 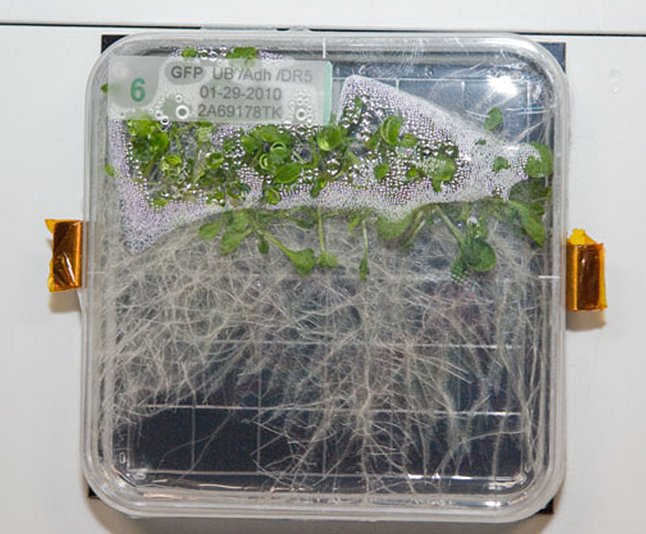 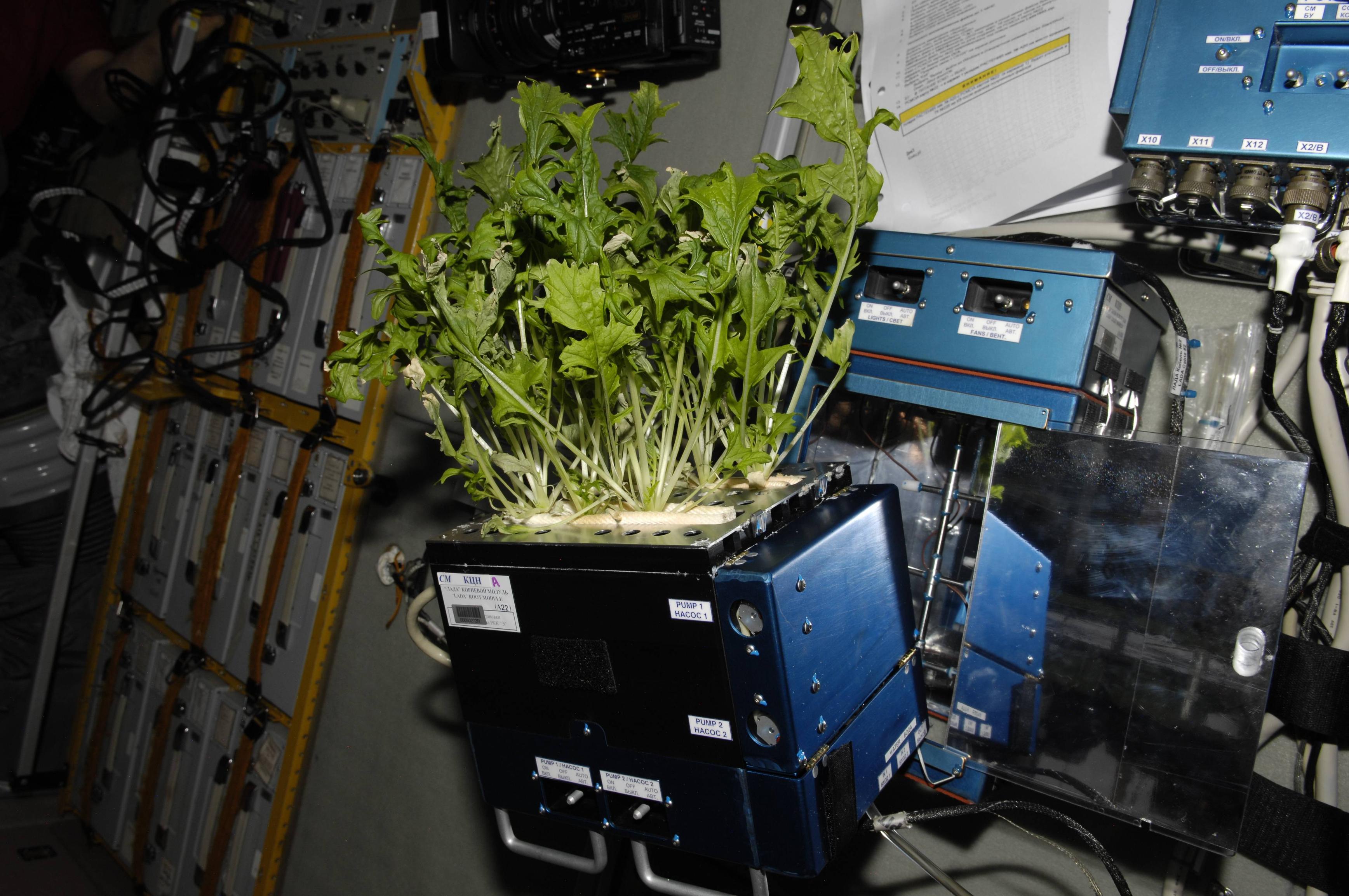 This year (2013) the ISS will begin to grow its first crop of lettuce that will actually be eaten on board! Red-leaved romaine lettuce will be grown under LED lighting starting in December (2013) with the goal for it to eventually be eaten by the astronauts. The plants are expected to grow to edible size in 28 days.

In addition to the gravity, an important influence for plant growth is light (cf. Photoperiodism). So, in microgravity plants still "know" which direction to grow - leafs towards the light (for Photosynthesis), roots away from it, towards water/nutrients.

As others pointed out, space experiments confirm that plants do grow in microgravity.

Not the answer you're looking for? Browse other questions tagged life microgravity plants or ask your own question.

21
Are there free insects in the ISS?
12
Growing food in space
12
What kind of biological research does the ISS do?
2
How do you simulate the effects of microgravity on plants?

5
Do spaceships carry plants? If not, why?
22
Is it possible to grow plants on Mars?
10
Why can't plants grow on Mars?
7
Can plants thrive without atmospheric nitrogen?
8
Would it be feasible to use natural light to grow plants on Mars?
8
Can centrifugal force actually overcome the health problems of microgravity?
18
How did humans grow plants on the Moon despite the harsh conditions?
8
Can we grow potato in mars soil?