How do astronauts take pictures from outside the ISS? 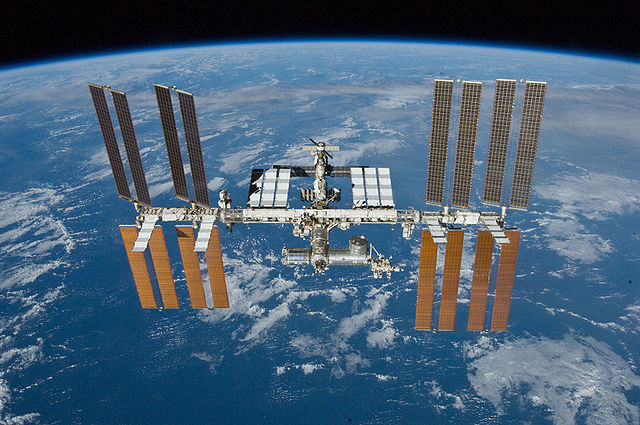 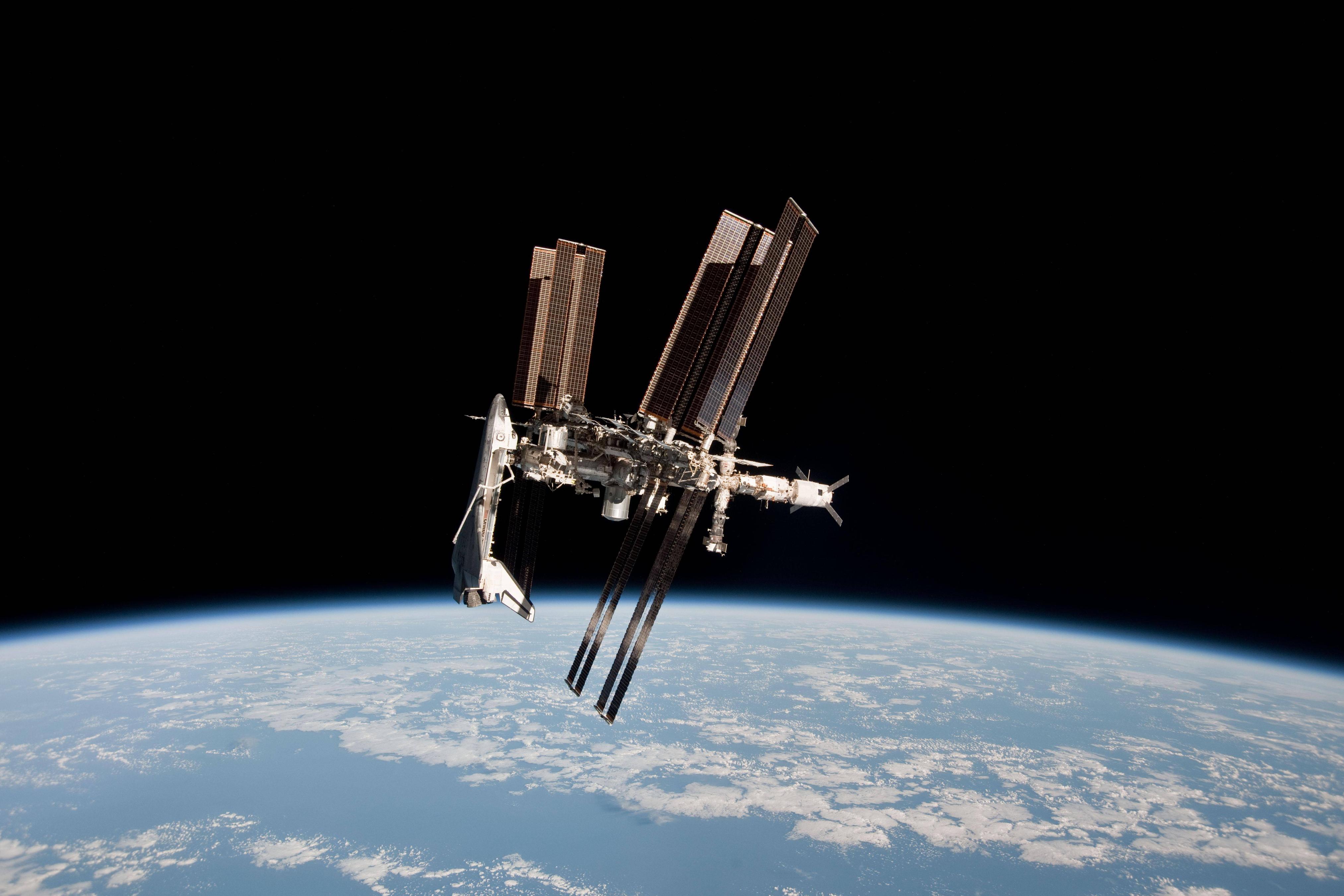 and even timelapses from far outside showing the solar panels moving over time.

Is there a satellite that follows the ISS that they could take pictures from that distance? I can't imagine they have an astronaut out that far away from the station.

Does anyone know the exact way they take these type of pictures?

Because it's not easy to get good images of many portions of the structure, the standard departure for many of the later shuttle flights included a "flyaround" of the structure. This allowed pictures of significant portions and is how the first image was taken.

The standard location for this was at 400 to 600 feet in distance. The procedure for STS-117 was mentioned in this Nasaspaceflight.com article, and the video for that flight is on youtube.

The second photo is taken from further away and shows a shuttle in it, so was not taken the same way. This one was taken by Paolo Nespoli on a departing Soyuz craft as he and the crew returned to earth. https://www.nasa.gov/mission_pages/station/multimedia/gallery/iss027e036700.html

Random craft cannot take such pictures. Unless it's actually there to dock or depart from the station, nothing controllable would be allowed to be so close. No other craft are kept near the ISS orbit.

No astronaut can take an image similar to that. Astronauts on the ISS are tethered and on the structure at all times. Tethers are not long enough to reach such distances. Some free-flights were taken during the shuttle program, but the shuttle was maneuverable enough to retrieve a free-flyer in distress.

Like Andrew Thompson comments, these, let's call them medium-range photographs, are taken from the visiting spacecraft, either during approach or during departure. There are several approach and departure modes in use, mainly v-bar (along the target's velocity vector) and r-bar (in the target's radial vector), but sometimes a z-bar (from the side to the velocity vector) approach is also used.

Sometimes, spacecraft would also be repositioned from one docking location to another, so they make room for additional visiting spacecraft or as risk management procedures, something that is done with its complete crew (in case of problems they could simply deorbit and land), so there would be many different angles that the station could be photographed from at these medium-ranges.

I always wanted to tack this video of the One-Year Crew Docking to the International Space Station aboard Soyuz TMA-16M somewhere here, because it's really cool and this One-Year Crew (Scott Kelly and Mikhail Kornienko) is currently on the station. It only shows one rendezvous approach (r-bar docking to the zenith-facing port on the Poisk module) out of the three described, but should give you an overview of what opportunities to take photographs of the station the visiting crew would have:

Closer to the station, photographs can also be taken by astronauts during EVA (Extravehicular Activity), using various point & shoot cameras in protective enclosures and strapped to their suit, but still keeping them relatively small so they don't get in the way of astronaut's work. There wouldn't be any satellites this close to the station because orbital speeds are ludicrous and the station would also perform debris avoidance maneuvers when needed, not to come too close and avoid collision with those that conjunction analysis has shown their orbits cross at some future point in time. But the station does also serve as an orbital launch platform for small CubeSat satellites (in units of 10 cubic centimeters), so it's entirely possible that some future nanosatellite launched from it does take a snap or two of the station and send those to its ground control. To my knowledge tho, that hasn't happened yet.

One other source of steadily improving ISS shots: patient photographers on the ground!

In addition to the other answers, some images and time lapses which may seem to be taken from outside were actually taken from inside. Firstly they tend to be taken with wide angle lenses, which make objects (such as solar panels) seem further away than they are. And secondly they may have been taken from inside the cupola, which significantly sticks out and provides a panoramic view of the outside as well as much of the space station itself.

5
Earth angular size looking from the ISS
19
Does the ISS have zenith-facing windows?
10
Cost of an EVA on the ISS?
37
Why does there appear to be a 180-degree stereo microphone array outside the ISS?
13
Do ISS astronauts occasionally let the sunshine in for a natural light "fix"?
6
How many spacecraft have taken a "Pale Blue Dot" type photo of the Earth from beyond cis-lunar space?
10
How long does trash jettisoned by hand from the ISS fall before burning up on reentry?
10
What is this huge, red, blinking light structure on Earth seen from the ISS in this video?
2
What is the state of the art of exosolar planet imaging in 2019?