Why design new rocket engines instead of using the existing types?

Already in the 1960s rocket engines seem to have achieved near maximum chemical efficiency. What are the reasons for new designs being in demand?

How much better could a new engine design be than the Shuttle's main engine and Ariane 5's Vulcain for hydrogen, or than Soyuz' RD107 and Falcon's Merlin for kerosene? New designs might be cheaper to manufacture, but does that make up for the costs and risks with development? I can maybe imagine a need for methane engines under development by SpaceX and Blue Origin, but everyone in the business seem to develop new engines with old fuel with similar performance as existing engines.

Ars Technica has a pair of articles that give some insight in why it's desirable to use new designs: NASA has been working on an updated version of the F-1 (the first stage engine for the Saturn V). 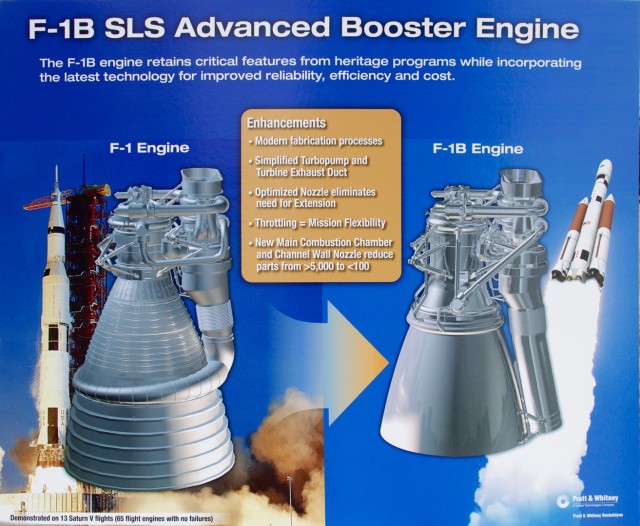 Some of the major differences:

Another clear difference is the construction of the exhaust nozzle itself. The F-1's nozzle was made up of two parts: the first portion was actually an extremely complex series of tubes brazed together and bound by hoops, like staves in a barrel. Kerosene fuel was circulated through the tubes to absorb heat and cool the exhaust. The tubes stretched down to the distinctive turbopump exhaust manifold, and then looped back up. Below the manifold, which wrapped around the engine like a pair of fingers, was a removable nozzle extension that focused the engine's combustion and helped the engine deliver additional thrust.

Advances in manufacturing techniques will allow the F-1B to dispense with the complicated upper nozzle tubing; as it's currently envisioned, the new rocket will feature a much simpler thrust chamber and nozzle made of steel—according to Andy Crocker of Dynetics, the nozzle will consist of an inner liner and outer jacket, brazed together, with cooling provided by fuel flowing through simple slots in the inner liner. This is far easier and less expensive to build than the labor intensive "barrel hoop" tube wall design of the original F-1.

The control system will be based on software rather than an analog, hydraulic computer:

Another significant difference would be the incorporation of modern electronics into the engine's ignition and firing sequence. The F-1 employed an almost Rube Goldbergian system of valves and pressure checking,

The F-1 had some kludges built in because they couldn't analyze the engine's behavior fully. The combustion instability problem, for example, was 'fixed' by trial and error. These days you'd be able to run simulations on a CAD model and find an optimal solution.
CAD also allows you to optimize the design for minimal weight: the F-1 was over-engineered (i.e. heavier than necessary).

although the principles behind the F-1 are well known, some aspects of its operation simply weren't fully understood at the time. The thrust instability problem is a perfect example. As the F-1 was being built, early examples tended to explode on the test stand. Repeated testing revealed that the problem was caused by the burning plume of propellent rotating as it combusted in the nozzle. These rotations would increase in speed until they were happening thousands of times per second, causing violent oscillations in the thrust that eventually blew the engine apart. ... engineers eventually used a set of stubby barriers (baffles) sticking up from the big hole-riddled plate that sprayed fuel and liquid oxygen into the combustion chamber (the "injector plate"). These baffles damped down the oscillation to acceptable levels, but no one knew if the exact layout was optimal.
The baffle arrangement "was just a trial and error thing," explained Senior Propulsion Engineer R.H. Coates. "But we'd like to model that and say, well, what if you took one of those baffles out?" Because the baffles are mounted directly to the injector plate, they take up surface area that would otherwise be occupied by more injector holes spraying more fuel and oxidizer; therefore, they rob the engine of power. "So if you want to up the performance on this thing, we can evaluate that with modern analytical techniques and see what that does to your combustion stability."

"One thing I notice when I look back at older engines," commented Coates, the senior engineer, "was just like Nick and Erin were alluding to: the complexity of the welds. You didn't have the kind of advanced manufacturing we had today, so quite honestly, these were hand-made machines. They were sewn together with arc welders, and it's pretty amazing to see how smooth and elegant it came out. Today, you'd look at doing precision casting, not these thousands of welds."

...F-1B engines (will be) built with techniques that more resemble 3D printing than traditional casting or milling. The main combustion chamber and nozzle in particular will undergo tremendous simplification and consolidating; the parts count for those two assemblies together will be reduced from 5,600 manufactured elements in the original F-1 down to just 40.

There are also non-technical reasons to go for a new design. Many rocket engines are designed by commercial companies who won't share their designs with others. In other cases, nations want to build an independent space industry, so they'll accept that their industry will have to re-invent the wheel to some extent.

Finally, size and complexity play a role. You need engines that are suitable for the amount of payload you want to launch. You could build a rocket similar to the Falcon 9 using 3 SSME, but then you'd lose the Falcon 9's engine-out capability.
The SSME is also really expensive, in part because it was designed to be reused. A manufacturer of expendable rockets would want something simpler and cheaper.

Not the answer you're looking for? Browse other questions tagged rockets engine-design engineering cost or ask your own question.

7
What is the status of the F-1B engine development?

16
Why are Europe’s Air & Space Academy and DLR urging ESA and CNES to reconsider the use of solid fuels for the proposed Ariane 6?
18
Why the non-symmetric design of rocket nozzles?
31
Why doesn't the US use European rocket engines?
33
Why are Rocket engines at the base of the rocket?
6
Why does the BE-3 use hydrogen as fuel?
4
Demonstrative examples of NASA "programs that go too long, that cost too much... end up getting cast out later"?
3
Can liquid rocket engines have the same thrust as solid rocket engines?
3
If a company/agency has already developed a kerolox/hydrolox rocket, is it wise for them to switch to an all-methalox rocket? (to lower costs)
5
Are nuclear thermal engine designs limited to about twice the Isp of existing chemical rocket engines? If so, why; what's the limiting factor?
2
Technical feasibility of using Raptor engines for Vulcan rocket