Watching the recent landing video of TMA-16M, I noticed a flashing light on the underside of the soyuz (video here). There appears to be an off-centre, bright flash approximately every 10 seconds. There also appears to be another, less intense flash between the brighter flashes, but it is difficult to tell if it is simply on the far side of the capsule instead of actually being dimmer. The light is visible throughout the video linked above but is easiest to see in the last moments leading up to landing.

A bit of digging uncovers a document detailing the underside of the soyuz, listing soft-landing engines, antennae and a caesium altimeter. None of these seem obvious sources of the light. 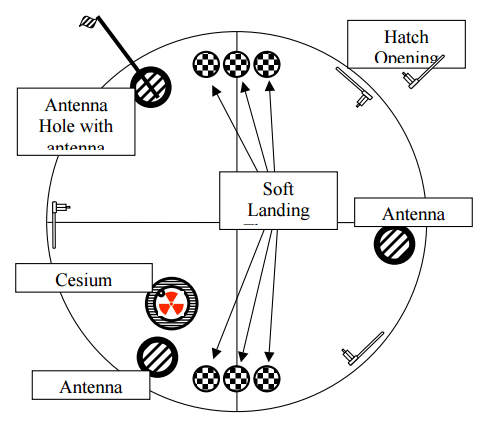 Looking at my own image of Soyuz TM-7 from the Memorial Museum of Cosmonautics shows that space is at a premium under the soyuz heatshield. 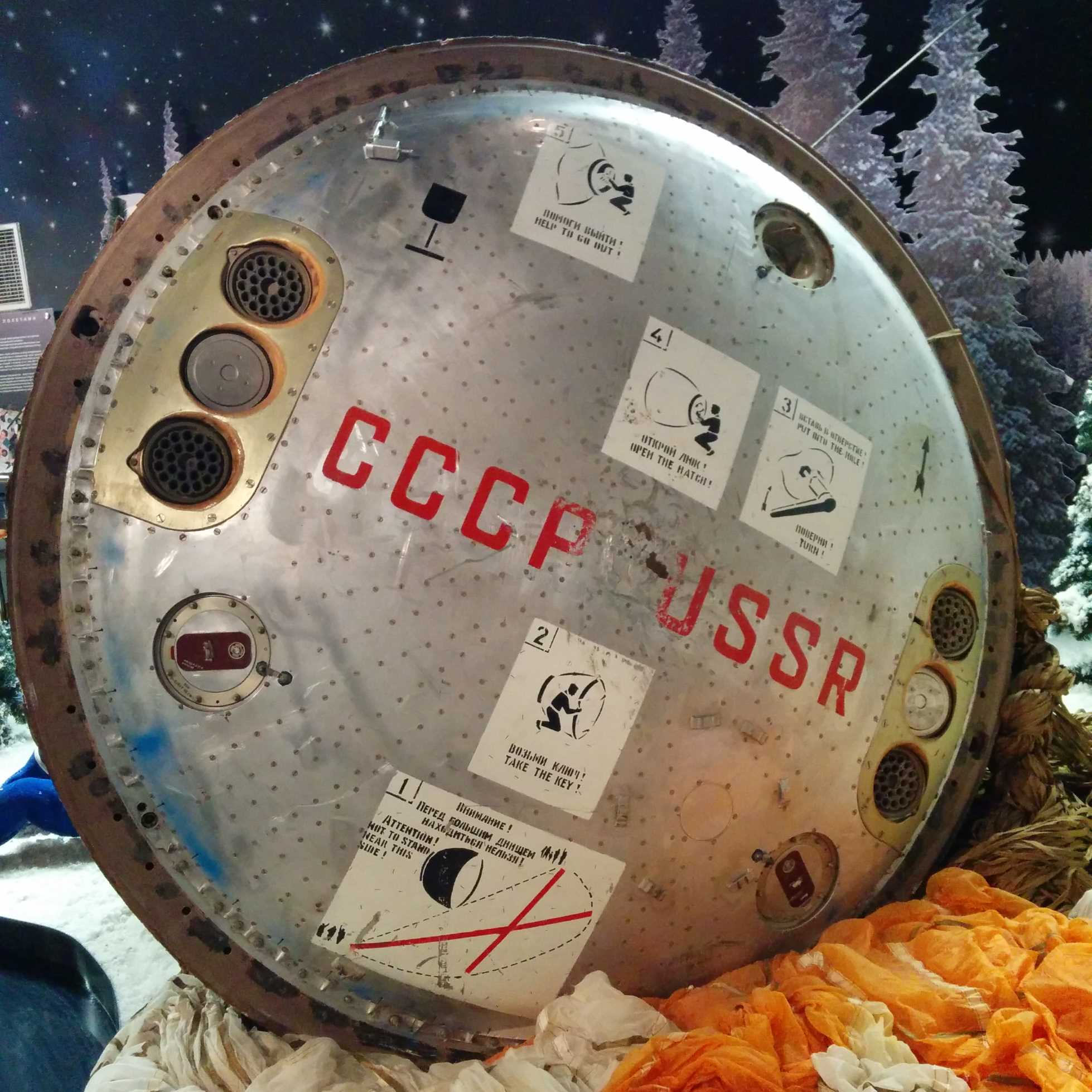 My best guess would be that the light is integrated into the antennae or altimeter, possibly intended to be a warning/locator light. Does anyone have a better explanation?

I've been digging based on some of the answers/comments here and here's what I've come up with.

Andy's suggestion that the light was lowered after re-entry, possibly from the parachute compartment sounded pretty good. This picture of a landed capsule had me suspecting the white object might be some sort of beacon, but other pictures showed it to be part of the parachute. Thinking a little more, it seems unlikely that anything except parachute would be put in the parachute compartment, given that a tangled cable could have life threatening implications for the crew.

This artist's impression from an article about Soyuz 23's landing seemed to support the idea of a beacon hanging from above. A close up of the compartment in question shows a strobe light and a whip antenna, but the light doesn't appear to be extendible, making me think that the artist misunderstood the difference between the extendible antenna and the static light. Other pictures of landed capsules show the light still in place after landing. Furthermore, I couldn't see any trailing lines down the side of the capsule in this image which shows the beacon.

Soyuz: A Universal Spacecraft lists a 'beacon' on the underside of the capsule, but doesn't go into any more detail (I don't have a full copy of the book). 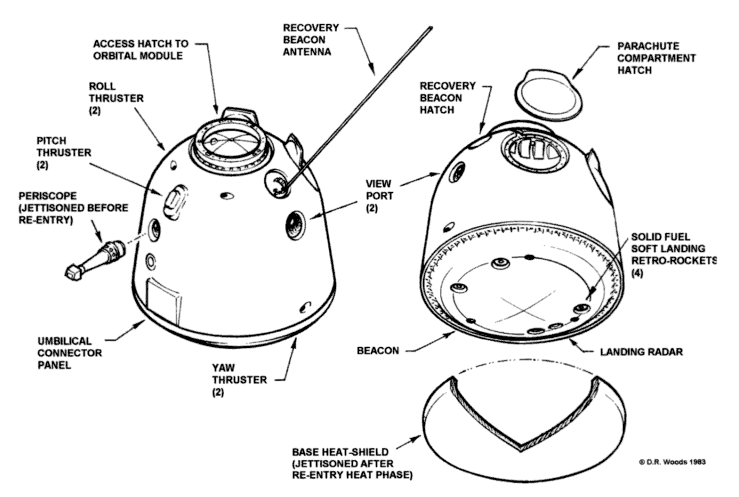 Finally, I came across this image that seemed to settle it: 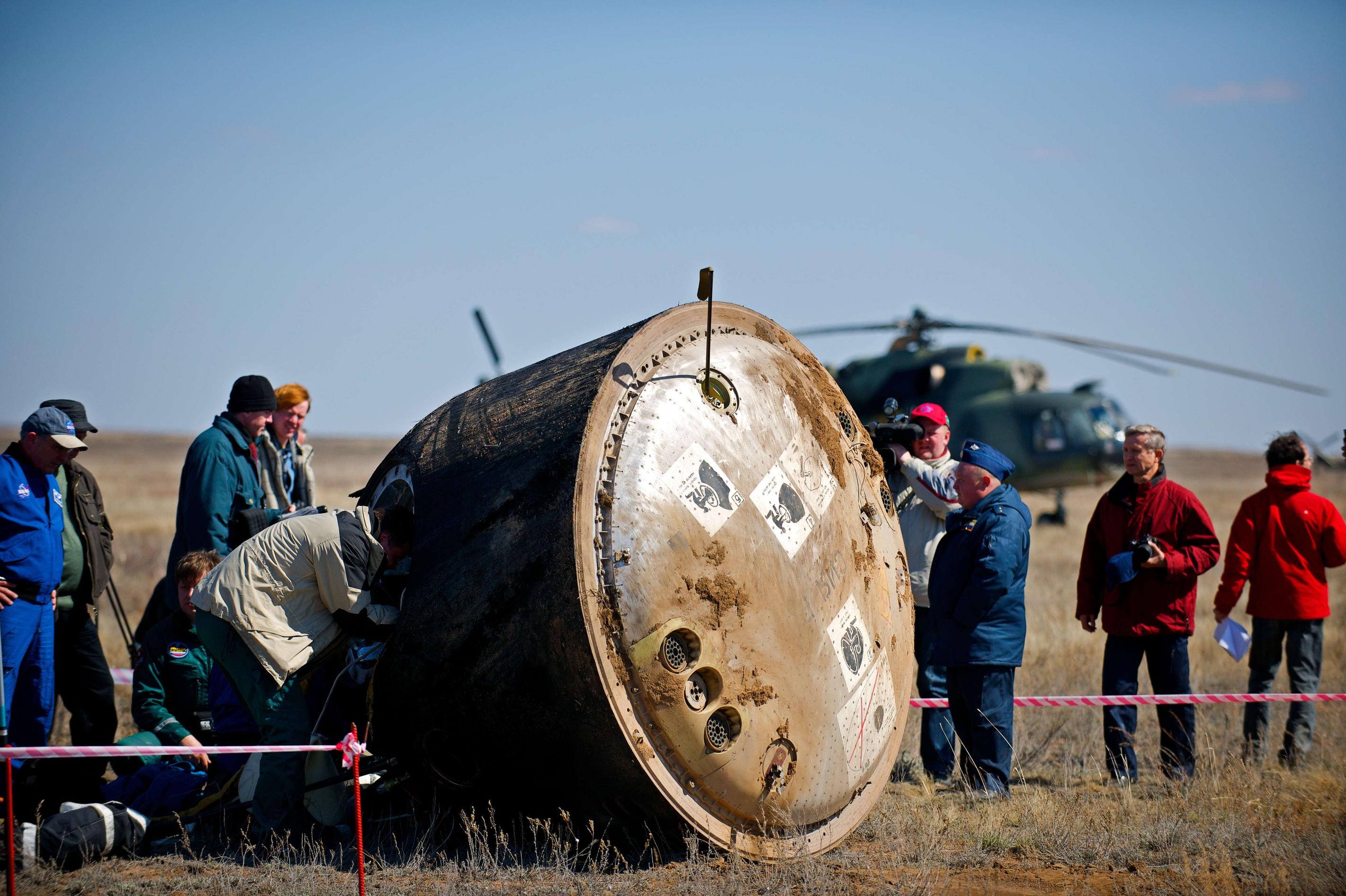 Click to zoom and you can see a beacon/bulb still attached to the underside of the descent module. Perhaps it didn't release properly this time? The length of the cable seems to support the idea that it is stowed under the heatshield. It still isn't entirely clear where it plugs in to the capsule or how it is stowed (I'd hazard a guess at tucked into one of the soft-landing engine wells or as shown in the image), but I'm happy with this as an an answer.

(I was previously working on the assumption that there might be 2 beacons (one brighter, one dimmer), but on closer examination of the video, the flashes do seem to be emanating from the same spot, implying a single beacon.)

1
What are these two items sticking out of Soyuz capsule MS-13 with returning Expedition 61 Crew?

12
Could a Soyuz land in water?
19
Why do Soyuz landings seem to be overshot?
12
Stand clear sign on Soyuz capsule underside
3
What's the purpose of the white flashing lights on the Falcon 9 legs?
21
Did the soft-landing rockets malfunction in the Soyuz (expedition 50 crew) landing?
4
Landing shock of Soyuz spacecraft?
5
Does deploying the parachute dehermetize Soyuz?
2
Why are these Soyuz Astronauts/Cosmonauts wearing sun glasses and a blanket after landing?
10
How close to a building has a Soyuz landed?