How did the Apollo astronauts change film in their cameras?

Part of Apollo astronaut training was learning to be a pretty good photographer without a viewfinder. The Hasselblad 500EL Data Camera used magazines with 160 color/200 B&W exposures on 70mm film.

Once the magazine was expended, were the astronauts able to change it while on EVA, or did they have to wait until they were back in the LM?

These cameras had magazines that could be exchanged in the middle of a roll (and that was one reason NASA chose them).

Here's a photo of John Young exchanging a magazine during an EVA on Apollo 16: 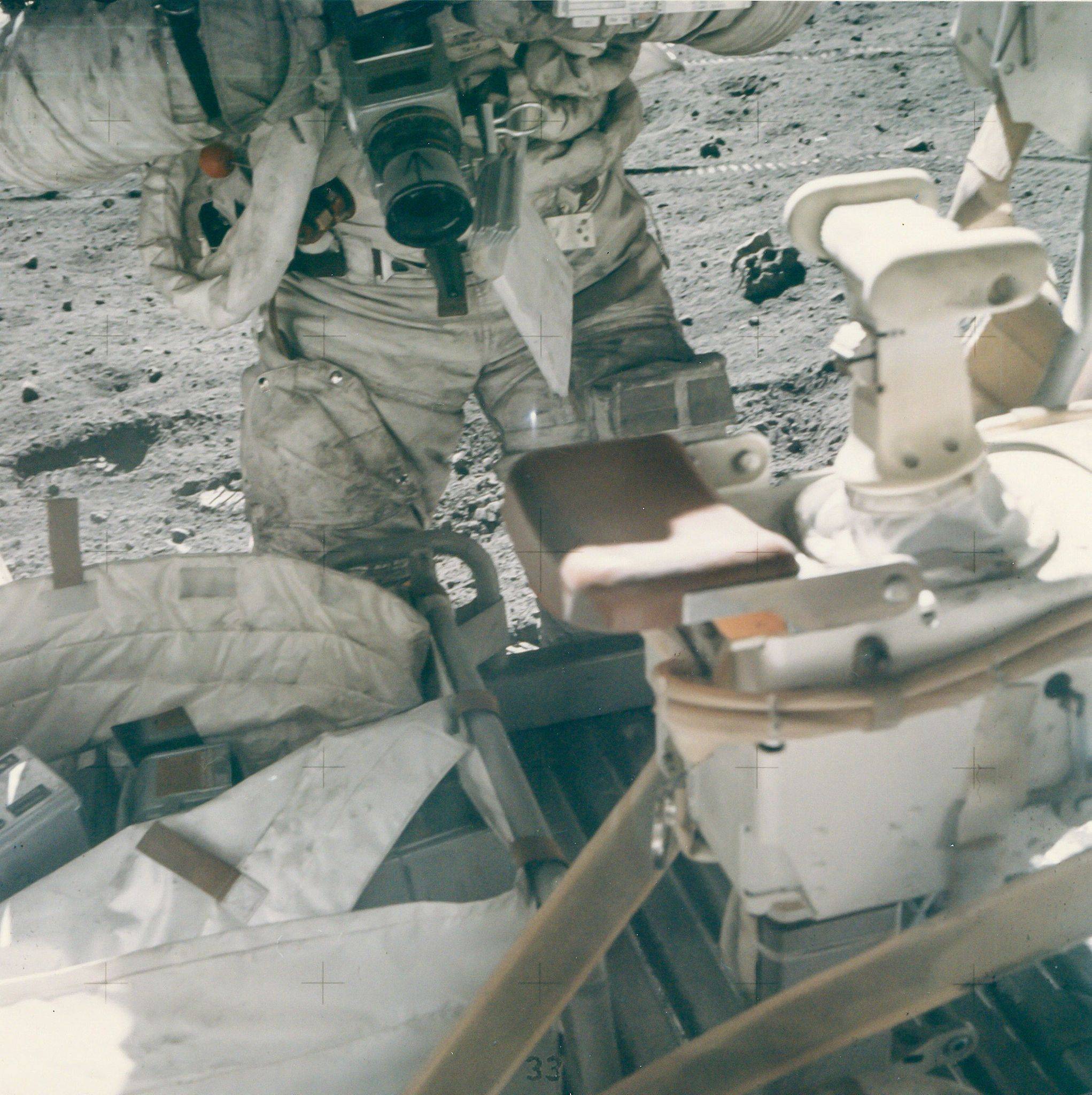 So, no need to wait until they were back in the LEM.

This long PDF has more detail on the film change process. A standard Hasselblad magazine has a darkslide: a metal sheet that forms a light-tight seal over the magazine. This means a photographer can swap magazines in the middle of a roll without exposing any film to light. Insert the magazine, then pull out the darkslide and you're ready to go.
The cameras NASA used were modified: they included a reseau plate. This was a glass plate with cross markings to help gauge distances and sizes from a photograph. The presence of this plate meant that the astronaut had to remove the darkslide before attaching the magazine to the camera. So some film was exposed during a camera swap, and astronauts routinely took some blank shots to get any exposed film out of the way (and test the film transport).

The site you provided states that there were 9 magazines of film used on the Moon for Apollo 11. The astronauts did not return to the LEM until the EVA was complete. Thus, they must have changed the film periodically during the EVA.

Not the answer you're looking for? Browse other questions tagged the-moon apollo-program eva photography or ask your own question.

1
Should there be black crosses from the Réseau plate in this Apollo mission photograph? If so, where are they?

91
How did Apollo 16 capture this full photograph of the Moon's far side?
10
Why does NASA still use film cameras?
8
Film emulsion on the moon-were the cameras heated?
19
Usage of Apollo Lunar Surface Hasselblad Camera with 500 mm lens?
6
Did Apollo-11 astronauts rehearse their photoshoots on Earth?
4
What did the Apollo 12 multispectral Four-Camera system look like?
9
Did Apollo astronauts play on the Moon their pre-recorded music?
24
How did astronauts frame photos without a viewfinder?