What is different about the orbits of Pluto and the comets around the Sun? [closed]

What is different about the orbits of Pluto and the comets around the Sun?

A comet has to approach the Sun to within its snow line to start sublimating volatiles and form coma and the tails. For our Sun, its snow (or frost) line is at roughly 5 AU (Astronomical Units), so at about the closest approach of Jupiter to the Sun in its orbit (its perihelion).

Pluto orbits way past the Sun's snow line in too circular orbit to approach the Sun at such proximity at any point in its orbit (perihelion at roughly 30 AU). For Pluto to ever become a comet, its orbit would have to be substantially perturbed by other strong gravitational attractors in the system, but since it is in 2:3 mean-motion resonance with Neptune, its closest such neighbor that's massive enough to cause Pluto's orbit to greatly increase its orbital eccentricity and lower perihelion, that won't happen. It actually comes closer to Uranus than Neptune, but still not close enough to cause major destabilization of its orbit.

So we have another big difference - Pluto's orbit is long-term stable, while most comets actually evolved much farther from the Sun as icy bodies and were perturbed from their orbit by some other massive object that came close enough to set them on a less permanent (and possibly additionally perturbed, often by Jupiter) and more eccentric orbit that crosses the Solar system's snow line. Some comets are periodic and do that more or less regularly, some are in more chaotic orbits and can be temporarily comets and then move out of snow line completely (e.g. some Centaurs), and some are sungrazers and one-time comets that are either ejected out of the Solar system entirely on a hyperbolic trajectory, and/or come too close to the Sun, hit it or evaporate and/or are torn apart by tidal forces completely before they get a chance to return for the warmer climate spectacle once more.

And there are many more unusual comets that are in so chaotic orbits that they defy single, non-ambiguous classification. That's not the case with Pluto. Well, at least its orbit. 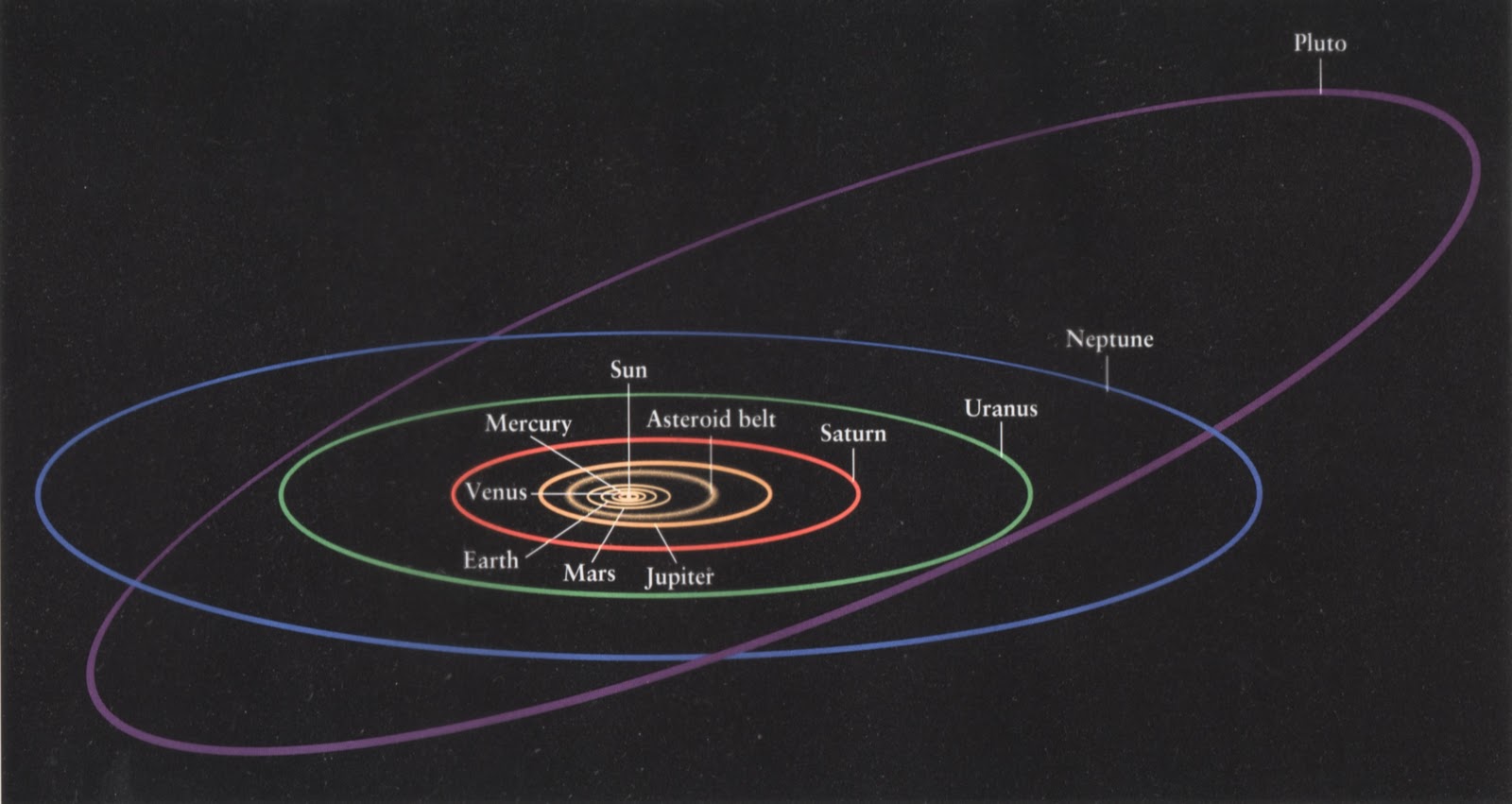 Comets also often come in at a large angle to the ecliptic plane, and many comets have an elliptical orbit.

Not the answer you're looking for? Browse other questions tagged orbit pluto comet kuiper-belt or ask your own question.

15
Will Rosetta have to adjust its orbit around Chury due to the comet's coma and tails?
13
Are sun-synchronous orbits possible around any body?
10
Pluto's satellites other than Charon orbits around Pluto or center of gravity between Pluto and Charon?
19
Would my weight be constant on Pluto?
1
Send a rocket against orbit around the sun
1
What is the darkest orbit around Earth?
2
What is the gravitational acceleration of the Sun?
9
How “locked” are Pluto and Charon? How much does each librate as seen from the other?