Why are there so few lunar rovers?

I'm a big fan of Curiosity and Opportunity, the Martian rovers. The science is over my head, but the images they've captured are mesmerizing.

It seems unusual to me that we have two active Martian rovers and none on the Moon. And we've send a number of rovers to Mars in the last couple of decades, but we've only sent one rover to the Moon since Apollo. 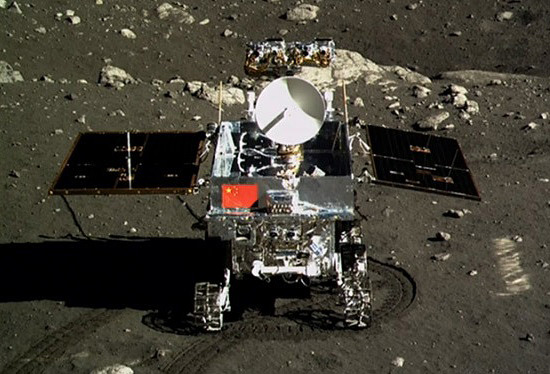 The last active rover on the Moon was the Chinese Yutu, in 2014. It died after just one year! Compared to Opportunity and Curiosity, with 11 and three years respectively.

Why don't we have more rovers on the Moon?

And, why don't Lunar rovers last as long as Martian rovers?

That's many questions. Lunokhod 2 lasted for nearly 4 months and held the record for longest distance traversed by an off-Earth robot for over 41 years, until MER-B (Opportunity) beat that in mid 2014, so I wouldn't really say that lunar rovers don't last. It eventually scooped up some regolith dust with its open lid that was also its solar panel, and as it closed it to prepare for lunar night dumped dust over its radiators and overheated. But it completed its mission.

Otherwise, we didn't send more rovers to the Moon because it was for a long time after Apollo program considered veni, vidi, vici, and only became more interesting again after NASA's Mini-SAR on Chandrayaan-1 found evidence of South polar water ice. Sure, you know the phrase, The Moon Is a Harsh Mistress, and there are certain challenges with robotic exploration of it (talcum powder fine dust and its dielectric, photoelectric and triboelectric properties, long nights, high diurnal surface temperature swings and difficulties with cooling during days and heating during nights, harsh and often highly inclined terrain covered with impact craters and debris, half of it not in direct line of sight with the Earth, difficult lighting conditions with backscatter at high noon, other times long and incredibly contrasting shadows, radiation,...), but other destinations have their own sets of challenges, too. That's not the reason you can't observe recently taken snaps off the lunar surface (tho you can those taken from its orbit). Simple truth is that since we established that the Moon is a barren rock with no immediate utility to our exploration of the Solar system, our attention focused on other celestial bodies and the search for conditions for life, and soon more direct search for life where we think conditions for it might exists.

But we'll go back. Actually, any self-respecting space agency has now plans to send rovers on the Moon, with its South polar regions being of most interest, of course;

JAXA plans SELENE-2, ISRO Chandrayaan-2, China Chang'e 4, NASA Resource Prospector and running a couple of other programs at various levels of maturity, ESA is working on comprehensive lunar exploration plan under the umbrella of the Aurora programme and currently cooperating with Roscosmos on PILOT, SPECTRUM, PROSPECT programs that go from precision landing platforms to sample return missions, and so on. And there is a large number of private ventures with interests in mining the Moon for its resources, and/or to use it as the staging ground for more distant destinations or to service near-Earth / cisluar operations.

To get a bit better perspective of upcoming missions, here is the current (prepared for the currently ongoing LEAG Fall 2015 meeting) International Cooperation and the Global Exploration Roadmap: 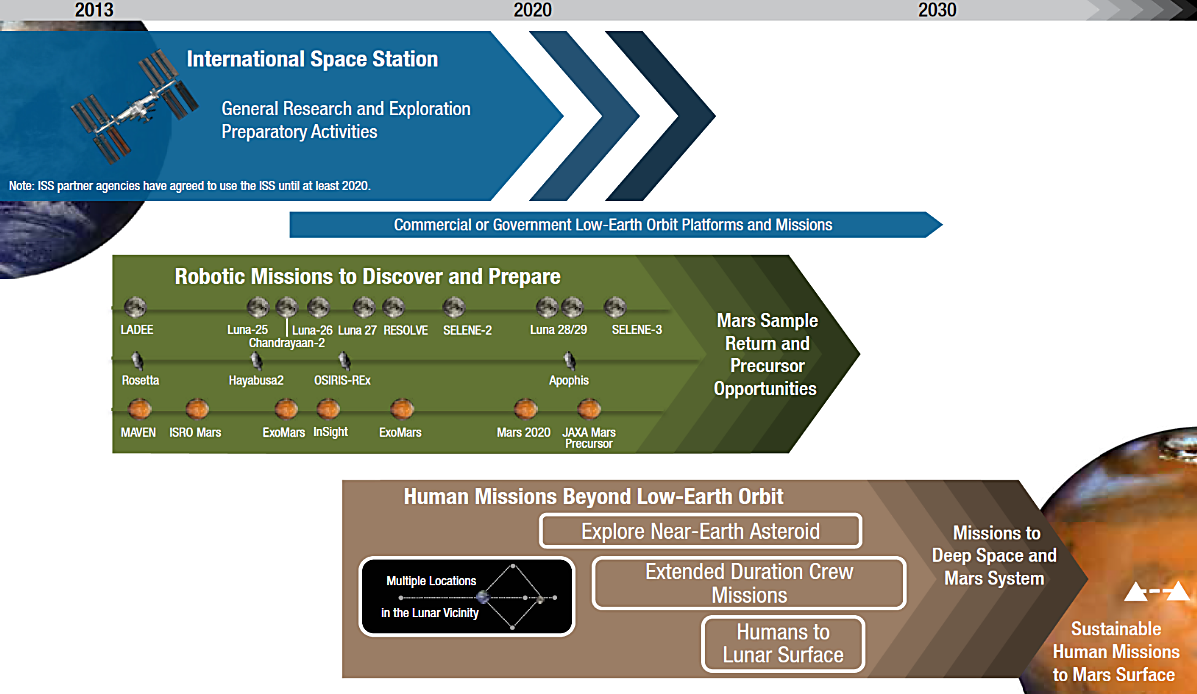 International Cooperation and the Global Exploration Roadmap, by Jim Carpenter on behalf of the ESA Lunar
Exploration Team Directorate of Human Spaceflight and Operations. Source: ESA's plans for Lunar Exploration

Many of these missions include lunar landers and rovers. In fact, there's more lunar surface missions on this roadmap than, say, Mars surface ones. So your question might be, hopefully, short-lived and in a couple of years time, someone might even ask why is there such an apparent overpopulation of robots at and around the Shackleton crater. :)

The Moon has some very serious challenges for rovers. The most serious of these is the fact that the Moon has a 29-day rotation. That means that any spacecraft that will last longer than 14 days must survive a 14-day long night! The temperature swings are incredible in that dark period, from 123 degrees Celsius to -233 degrees Celsius, compared to Mars, which has a -73 to 20 degrees Celsius range over a year, near the equator.

This causes a lot of real stress on the spacecraft. This is a serious challenge for those operating the spacecraft, who have to go into a special night mode to survive. Some spacecraft survive without extreme measures, but there hasn't been many that survive long. Luna 17 survived almost a year, but that is rare. Still, there is potential to build a spacecraft that will survive on the Moon.

The bottom line is, however, that the Moon is by far the most explored part of the Solar System (excluding Earth). No landers have made it to the far side yet, which would be an interesting target, however, it is quite difficult, as one cannot directly reach Earth. However, there have been six manned missions, four unmanned rovers, and 13 other successful landers (If I've done my counting correct), making it a heavily explored body, far more by its surface area (especially considering only the half visible from Earth) than any other body in the Solar System except Earth. Of the most traveled five rovers, four of them went to the Moon (including manned rovers).

Mars is a more interesting subject as well, as it might have life. That has caused much interest in the planet, especially its follow-the-water campaign. Landers can last for longer, if near the equator, due to the more gentile temperature swings. Thus, rovers on Mars make a lot of sense.

Still, I don't doubt there will someday be more Lunar rovers. I've even heard of a proposal to launch commercial rovers. Still, there just isn't enough interest right now in the Moon, at least in the United States, to warrant such attention, at least until we have the capability to land on the Moon again for manned missions.

Each of the Apollo missions delivered two semi-autonomous, crewed, human-powered roving vehicles with sample-return capability to the moon -- astronauts in suits. The later Apollos also added a wheeled "bus stage" to dramatically extend the range of those rovers. This is only half tongue-in-cheek: the function of the expeditions was broadly similar, and Apollo astronauts have done about twice the mileage as all the Mars rovers.

After our sample-return visits to the moon, it was clear that it was not likely to harbor life. On Mars the question is still open, and the Martian landscape seems to be more varied than the moon's, so we generally learn more from putting rovers there.

Note also that we have yet to do a sample-return mission to Mars -- Mars' atmosphere, gravity, and distance conspire to make that a much harder prospect than a lunar sample return.

That is a good question, and this might be better off as a comment but I will answer anyway.

There are obviously many reasons why space agencies choose one mission over another. Missions need to fall in line with the overall objectives of the agency, support science that the overall community is investigating, and get the highest value out of every dollar.

Mars is a planet, while the Moon is not, so we can't learn the same things from both of them. Mars is also full of surprises while the Moon is perhaps a bit more homogeneous and predictable when it comes to looking at different regions. That is not to say that the Moon is boring or that we already know enough about it, just that there are many more pressing questions that can only be answered by a rover/lander on Mars.

Keep in mind that rovers are only one type of spacecraft. Orbiters are much easier to employ and if you can get away with remote sensing instead of in-situ activities then you probably will do so. A lot of what we want to know about the Moon can be learned from orbit while putting off ground measurements for later missions.

Hopefully the growing trends in private space exploration (i.e., the Google Lunar X-Prize) as well as agencies' interest in in-situ resource utilization will result in a surge of new lunar rovers and landers.

Mars has enough of an atmosphere to 'weather' its surface. The moon doesn't. This means that the individual grains of moon dust are much sharper and more abrasive. The lack of an atmosphere also makes the day/night temperature swings more extreme. Both of these contribute to wear and failure of rovers.

Building a small rover on the Moon is......a challenge. The Lunar regolith has the consistency of baking flour so driving thru it with tiny wheels is rather daunting. Driving on the Moon with the manned rovers was challenge, if you watch the footage, the vehicle kicked up several times. The fact is with low gravity driving doesn't offer much traction. Another reason we don't have more lunar rovers (even probes) is the nature of the mission. We have hundreds of pounds of lunar rocks as samples to study already.

Not the answer you're looking for? Browse other questions tagged mars the-moon rovers yutu lunokhod or ask your own question.

1
Why do we not have ten small rovers on the Moon already?

11
The upcoming landing of Chang'e 3 on the Moon - Is there detailed information about it anywhere?
10
How do rovers brake/decelerate?
19
Curiosity is still dirty! How will the ExoMARS Rover keep its solar panels dust-free and collecting sufficient power?
3
Why doesn't the perchlorate on Mars' surface oxidize metallic meteorites?
8
How do the Mars rovers sleep through the night on Mars?
82
Why do most space probes survive for far longer than they were designed for?
3
Why can't the VIPER lunar rover recharge its 100-day power source using its solar panels?
16
Are launch windows to Mars avoided if they result in landings during dust storm season?
7
Sending Mars rover to the Moon