Do Russian and American spacecraft use the same docking mechanism?

Back in the days of the Apollo era, the Apollo–Soyuz Test Project had the two craft meeting each other in orbit and docking. The stated reason for this was so that if a spacecraft from one country was undergoing difficulties, the other craft could rescue the distressed one.

I kind of like this idea. However, I can't imagine that docking mechanisms haven't changed since then, becoming more reliable, etc.

Do both countries' spacecraft use compatible docking apparatus? Does the idea of being able to 'rescue' the crew of another country' ship still hold true?

For the time being, no. That of course doesn't mean they can't be joint (docked or berthed, depending on the purpose of the port) by using various, mostly semi-permanent adapters, like e.g. Pressurized Mating Adapter (PMA) or International Docking Adapter (IDA) that are planned to be used first in 2014-2015, converting APAS-95 docking interface to the NASA Docking System (NDS) that will be used on future NASA spacecraft:

An NDS interface will be available on the two International Docking Adapters (IDA), which are intended to be installed on two of the three Pressurized Mating Adapters (PMA) on the ISS. The Soft Capture Mechanism (SCM) on the Hubble Space Telescope is compatible with the NDS.

NDS is intended to be used by Commercial Crew, Orion, and all other US vehicles. 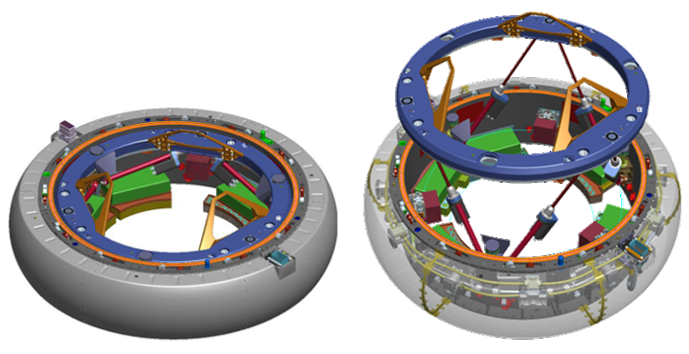 List of past, current and future types of spacecraft docking and berthing mechanisms is available on Wikipedia. Among those currently in use on the ISS are three Pressurized Mating Adapters (PMA) with an APAS-95 docking port:

PMA-1 is semi-permanently connected to the APAS interface of Functional Cargo Block (Zarya), connecting the US Orbital Segment (USOS) and the Russian Orbital Segment (ROS); The other two PMAs are free, possibly available for visiting spacecraft. 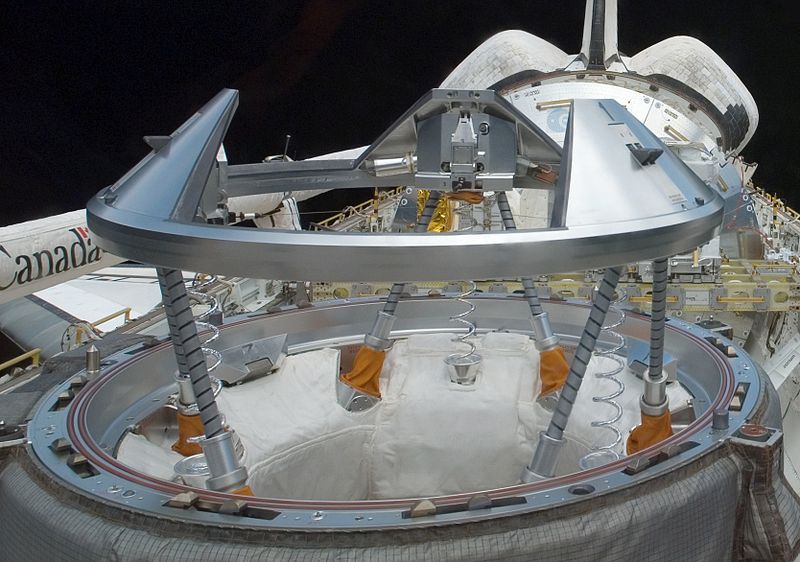 There is however the International Docking System Standard (IDSS) in development, that plans on creating a standard for docking and berthing:

The new standard allows for the use of APAS heritage design features while enabling technical advances made available during the past 40 years since APAS was first designed. Specifically the low impact soft capture system is a step forward in delivering reduced energy dockings. Rather than reinventing the wheel, this standard incorporates proven APAS features while advancing the state-of-the-art.

April 1972, the United States and the USSR signed an Agreement Concerning Cooperation in the Exploration and Use of Outer Space for Peaceful Purposes committing both the USSR and the United States to the launch of the Apollo–Soyuz Test Project in 1975.

The Apollo Command/Service Module (CSM) was launched with a docking module specially designed to enable the two spacecraft to dock with each other, used only once for this mission. The Apollo was pressurized at 5.0 psi using pure oxygen, while the Soyuz used a nitrogen/oxygen atmosphere at sea level pressure . and an adapter, since the surplus Apollo hardware used for the ASTP mission was not equipped with the APAS docking collar jointly developed by NASA and the Soviet Academy of Sciences for the mission. One end of the docking module was attached to the Apollo using the same "probe-and-drogue" docking mechanism used on the Lunar Module and the Skylab space station, while its other end had the APAS docking collar, which Soyuz 19 carried in place of the standard Soyuz/Salyut system of the time. The APAS fitting with the Soyuz 19 was releasable, allowing the two spacecraft to separate.

Not the answer you're looking for? Browse other questions tagged nasa apollo-program docking roscosmos soyuz-spacecraft or ask your own question.

29
Reasons behind the "Transposition, docking and extraction" maneuver
11
What are the numbers on the Soyuz docking cam?
1
Minimum spacecraft docking time
8
Are any androgynous docking systems currently in use?
4
Do the Soyuz spacecraft bringing astronauts and supplies to the ISS use Ukraine-built Kurs systems?
9
Who performs the docking procedure?
2
Docking of Command and Service module with Lunar module
6
Docking orientation of Soyuz 4 and 5