In The Pod Bay, we were talking about some pictures that Cassini took of Enceladus recently. We were discussing the calibration pictures and the filters that the spacecraft uses. A NASA FAQ page for Cassini shows a table of the filters it uses, and I've been trying to understand some of them.

Right now I'm trying to understand the Continuum Band filters. There is a sentence on the FAQ page that says "For the Continuum Bands, Band 1 and 2 are in the red part of the spectrum while Band 3 is in the infrared." What is the difference between these filters and the other filters that are just labeled for "methane", "green", "infrared", and so on? For instance, what is the difference between Continuum Band 3 (Infrared) and one of the filters simply labeled "Infrared"?

They are very narrow passband filters with FWHM pass-through of usually only a few nanometers and a sharp cutoff. Say, a red continuum filter might be centered on ~ 620–740 nm with a FWHM of, say, 5–20 nm. They can be used standalone to only pass through emissivity in that narrow spectral band, or to use produced images as a mask for other exposures and then subtract the continuum band from it, for example to remove background stars from the final image.

Other Cassini filters are either wide band, clear (no filtering), polarizing filters, or a Hydrogen Alpha which is also a single-band filter passing through a narrow band centered at 656.28 nm frequency range, and a Methane Band filter, which is likely a multi-band filter with visible spectrum band at 880-900 nm and a near-IR band centered at ~ 1.3 μm.

OK, I found a Cassini Imaging Science Subsystem (ISS) reference so we can see how well I did above with my guesstimates. Fairly good I think. Most of it is spot on, some fair (CB continuum band filters aren't really used standalone), and the things that are off are: 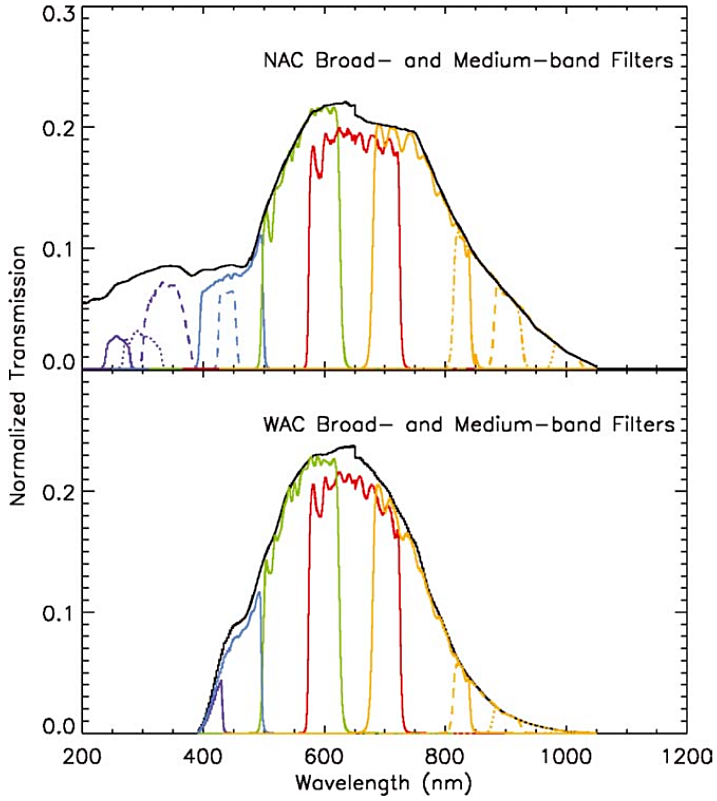 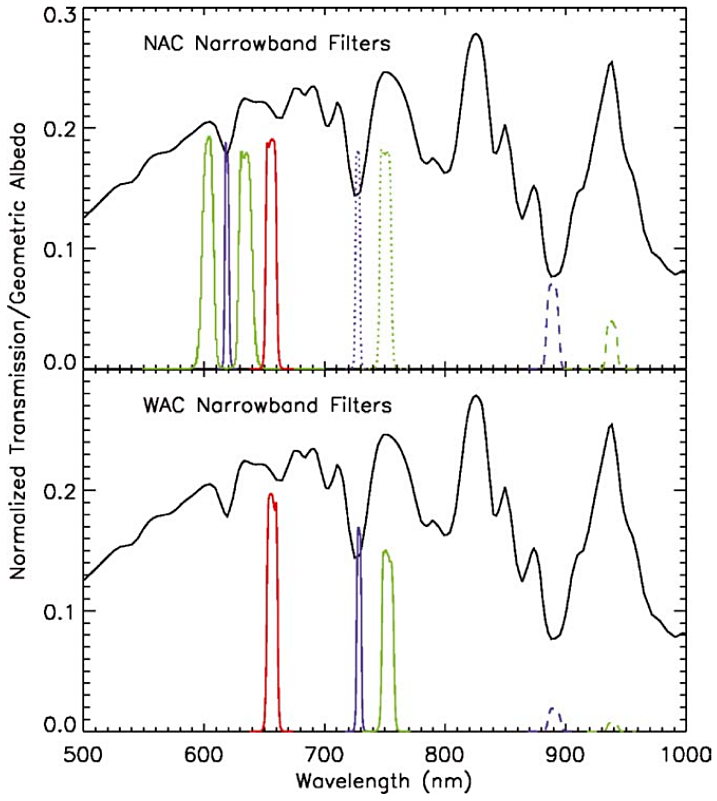 Figure 21: System transmission functions for the NAC and WAC narrow-band filters. NAC filters are as follows: MT1, MT2, MT3 (purple: solid, dotted, and dashed); CB1, CB2, CB3 (green: solid, dotted, and dashed); and HAL (red). WAC filters are HAL (red), MT2, MT3 (purple: solid and dashed); CB2 and CB3 (green: solid and dashed). The geometric albedo of Titan is also given (solid black) to illustrate the placement of the methane band and continuum filters relative to the methane features in the spectrum of Titan. 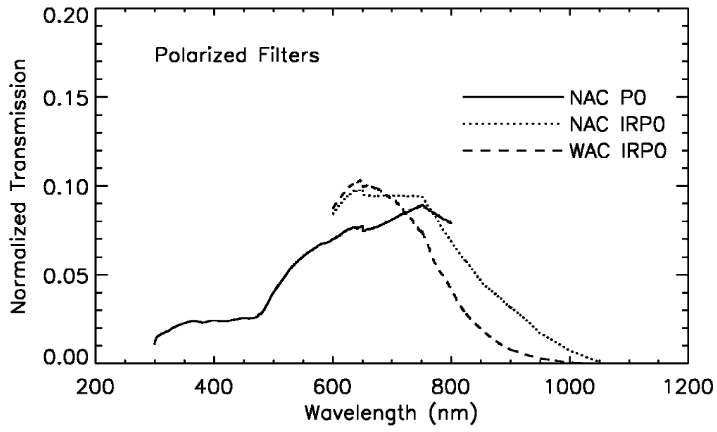 Figure 22: System transmission functions for the NAC visible and infrared, and the WAC infrared, polarizers.

Not the answer you're looking for? Browse other questions tagged photography camera cassini or ask your own question.

5
Why not a digital camera?
0
Cassini's main engines' burns “can be blow-down or pressurized (with Helium)” - why?
5
Is Cassini's 183rd burn; some kind of engine record?
7
Unravelling Cassini's “ball of yarn” orbit around Saturn, tabulation of propulsive maneuvers?
3
Why are there so many waveguide feeds (?) near the focus of Cassini's dish antenna?
4
What did the Apollo 12 multispectral Four-Camera system look like?
1
Space launches with video camera?