What caused the ISS's sudden loss of altitude in January 2015?

This image from Heavens Above that @PearsonArtPhoto links to in this answer shows the orbital altitude of the International Space Station: 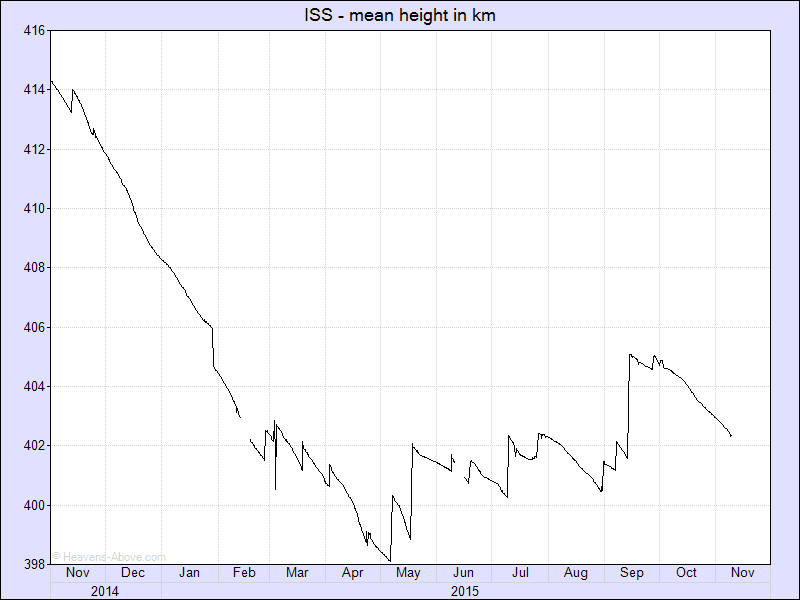 In general, the ISS altitude decreases gradually with time due to drag, and increases almost as a step function (in the time-scale of this graph) as the ISS is boosted back up to keep it within normal parameters.

However on or around January 27th 2015, there is a sudden loss of altitude of about 1.5km. Given the shape of the rest of this graph, I assume that this was not due to dynamic atmospheric conditions, but more likely a planned maneuver. If it was a planned maneuver, it appears to be in the wrong direction - it looks like the use of (precious) fuel to achieve a result that could have been achieved just by waiting 10 days or so.

Was this a planned maneuver or was it due to natural atmospheric conditions? If it was planned, what was its reason?

It was a decision made to lower the orbit of the ISS of the ISS on Jan 28, 2015. The goal was to make it easier for spacecraft to make it to the ISS. Rumor is this had something to do with the loss of Orbital Science's Cygnus spacecraft on 28 October 2014, which resulted in the cargo resupply missions needing to carry more supplies.

Of note is that this was performed by the ATV, about 2 weeks before the last one ended it's mission. Likely they had surplus fuel that they wanted to use, and decided to use it to lower the orbit of the ISS.

To reduce the time for craft to reach the station, the ISS needs to be at the correct point in its orbit (or "phase") relative to the launch site at the time of launch. Doing this requires changing the orbit, either higher or lower to increase or decrease the orbital period.

While most burns are done to increase the altitude, in 2015 the decision was that a prograde burn would make the altitude higher than desired. It's possible that for this particular launch it was a decision between a slightly lower orbit and a much higher orbit, but I couldn't find anything that supplied those details.

Besides lower fuel costs for visiting vehicles, an ESA article about the ATV mission specifically calls out reduced debris risk at the lower altitude as a factor in the decision.

Not the answer you're looking for? Browse other questions tagged iss orbital-mechanics orbit low-earth-orbit or ask your own question.

33
What are ISS orbit's sudden falls?
15
What is the ISS drag?
6
What is the density of the earth's atmosphere at an altitude of four hundred kilometers?

9
What is the ISS maximum altitude?
9
What force is bringing Cassini down into Saturn's atmosphere in another 145 days; drag, or...?
6
Best time to perform an orbital inclination change — during ascent, or once in circular LEO?
8
Why doesn't the ISS use ion engines to maintain altitude?
13
How steady is the atmospheric drag force experienced by the ISS?
6
Does the ISS still "need" to be at around 400 km?
7
What are the causes of these episodes of faster than average altitude loss by the ISS?
3
Why do the optimal thrust vectors point so far away from the velocity vector for the Psyche mission?
9
How much variation in orbit altitude is caused by gravitational variation, in LEO?
33
What are ISS orbit's sudden falls?