Would Nikon VR work in Space?

So a question came up on our photography forum on facebook... Will Nikon's VR work in space?

If you're not aware Nikon and most brands have an image stabilizer lens (generally at the rear of the lens barrel) that attempts to compensate for hand shake.

I've got no idea exactly what sensor they use and the most expedient search reveals this article on nikon's site. It mentions "Angular Velocity" sensors. 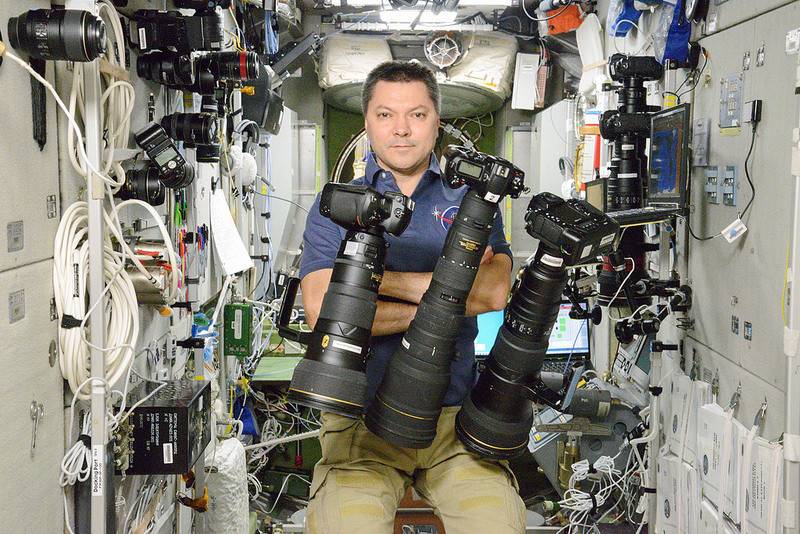 Nikon uses angular velocity sensors (rate gyros*) for measuring the lens shake and determine the compensation to be applied (from the link you provided).

Nikon VR lenses use two angular velocity sensors, one that detects vertical movement (pitch), the other, horizontal movement (yaw), with diagonal motion handled by both sensors working together. 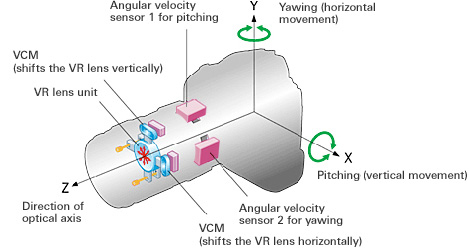 As angular velocity is same in earth or space for same motions, there should not be a problem in operating VR in space.

Nikon's VR lenses are in use in space (ISS) without any modifications. According to Nikon,

Nikon Corporation is pleased to announce that orders for one Nikon D3S and two Nikon D3X digital-SLR cameras, four interchangeable lenses including AF-S NIKKOR 400mm f/2.8G ED VR ... This equipment will be transported to the ISS via the Soyuz TMA-19 spacecraft, to be launched from the Baikonur Cosmodrome on June 16, 2010. ... No special improvements or modifications will be made to these products. They will be the same products available to consumers, ...

10
Plumbing work of ISS?
6
How would a centrifuge module's berthing system work on the ISS?
9
Does GPS work at ISS?
6
Will the accelerometer, gyroscope and magnetometer in a smartphone work on the ISS?
3
Work done on spacewalks
24
Would it have been any more difficult to build the space station without the space shuttle?
6
How would the International Space Station be maintained unmanned?
33
How would a mousetrap for use in space work?
8
What size hole in the International Space Station would be catastrophic?