This question is inspired by an answer to this question, where it is stated that:

The real power of phased arrays is their ability to be steered electronically.

This set me wondering about the antenna on this satellite, Inmarsat 2 F1 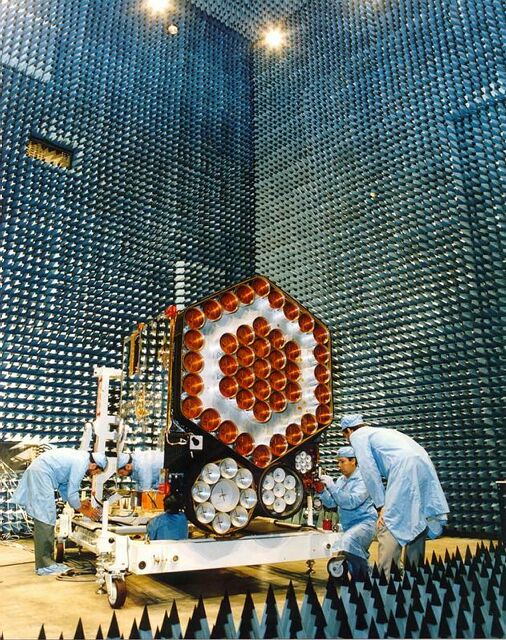 I have been looking online for any description that recognises the antenna as a phased array without luck. However, just looking at the antenna it seems if there is no controlled phase relationship between the horns then at L-band their beams will be so large that most of the power from the antenna will miss the Earth. It appears to me that the horns must all be phase linked so that the effective antenna aperture is the size of the whole satellte Earth face and thus the beam will be much narrower.

Question: Does this count as a phased array or must the beam be electrically steerable once in orbit as well? Was it considered to be a phased array when it was launched back in 1990?

I'm aware some people may think this question is off topic, though I thought I'd start here as I'd be more likely to find someone with specific knowledge of the Inmarsat 2 satellites here.

I think your question boils down to weather or not people associated with the design, fabrication or operation of Inmarsat 2F1 refer to the L-band transmit antenna specifically as a "phased array". I think we can all agree that the phases are specified and managed. Further, based on the article below (and others), I think they are designed to be fixed once the satellite is deployed. But I think the question is asking "Is this array antenna called a phased array antenna by those associated with the satellite?"

Since you are interested in a timely answer, I'm going to do a partial post right now. The amplitude sketch in the article's Figure 7 is actually not 100% correct. I think it's just an example. You'd use something like that (an Airy pattern) at the focal point of a reflector if you wanted to produce a flat beam. I'll see if I can reverse engineer a better hypothetical phase profile.

Boeing seems to be knee-deep in satellite shaped beam patents, as are other companies, but trying to go through all of that is a serious time sink.

Anyway, I found this article, and one more below for specifics:

I'll include snippets here. Most university libraries and many public libraries can obtain full IEEE journal articles for you. 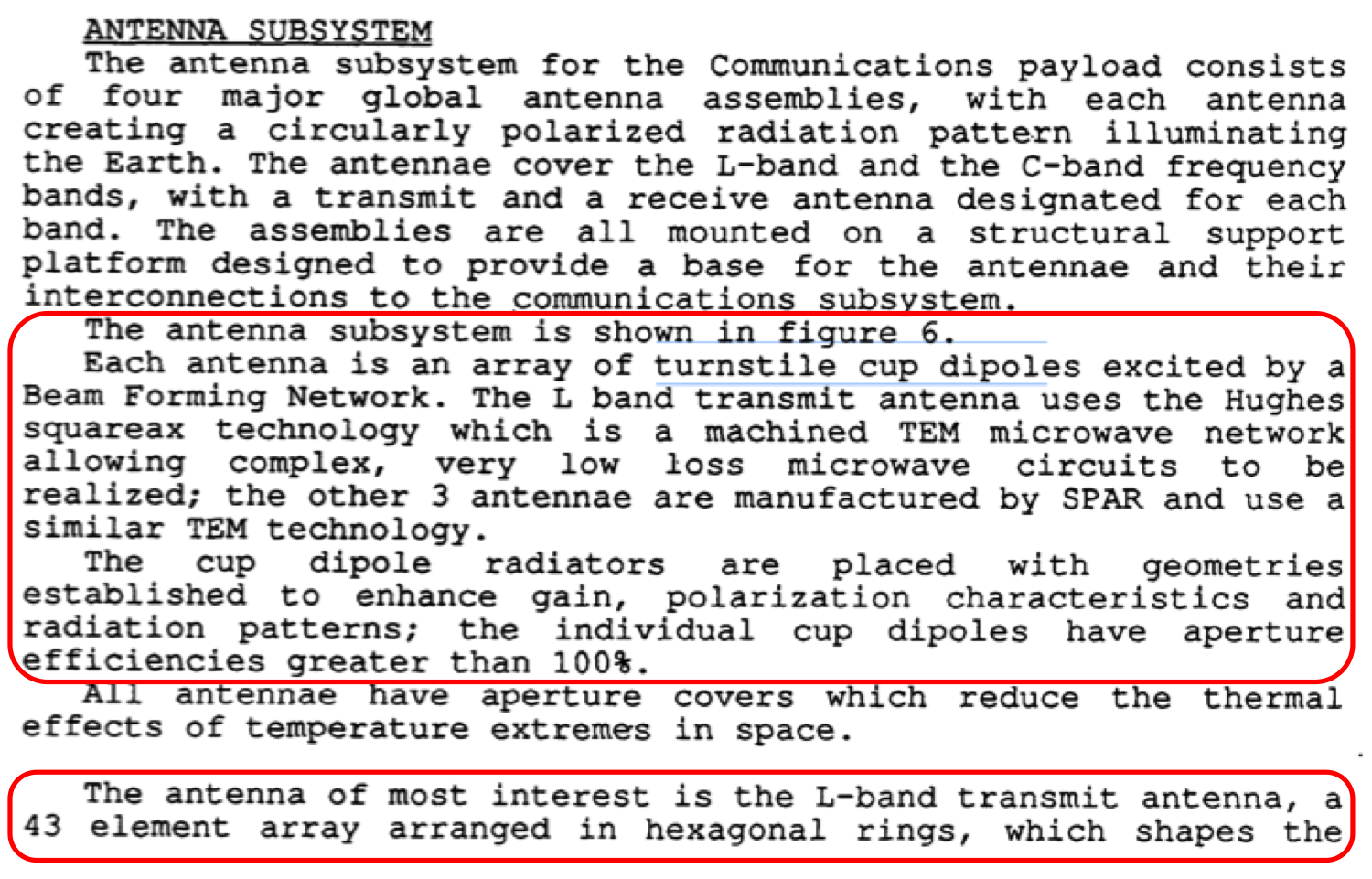 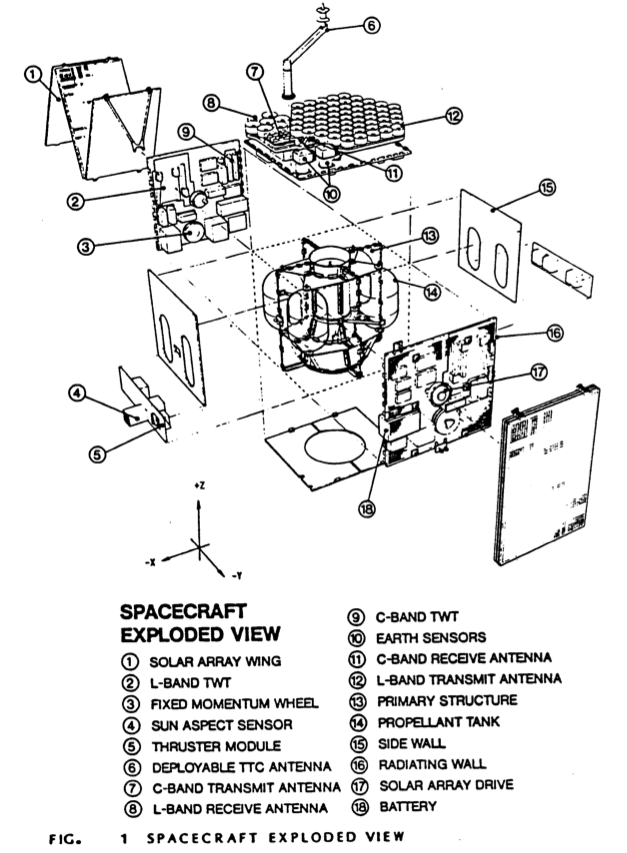 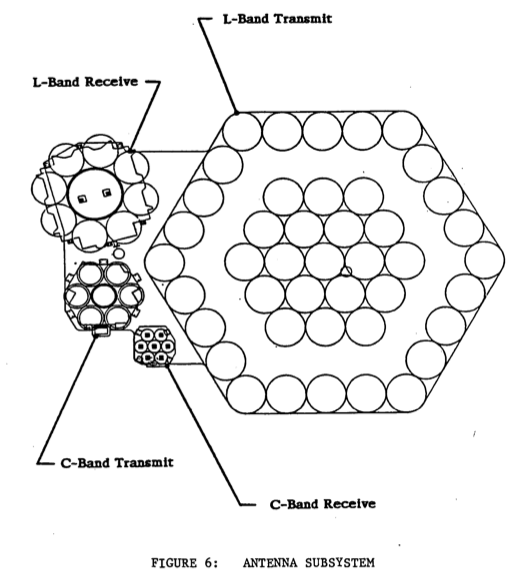 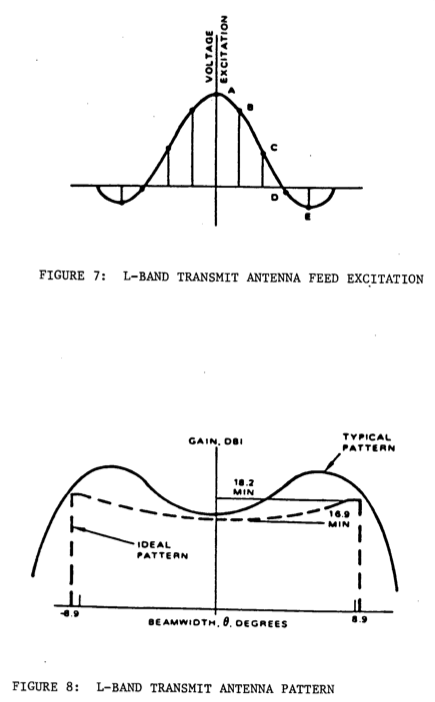 What is a Turnstile Cup Dipole? I'm glad you asked! The crossed dipole resembles a turnstile, and they are driven 90° out of phase to obtain circular polarization. There is a nice description of their advantages. Along with two figues and a paragraph, I've included the front pages from this 1973 MIT report at dtic.mil so you can see it says: "Approved for public release. Distribution unlimited." 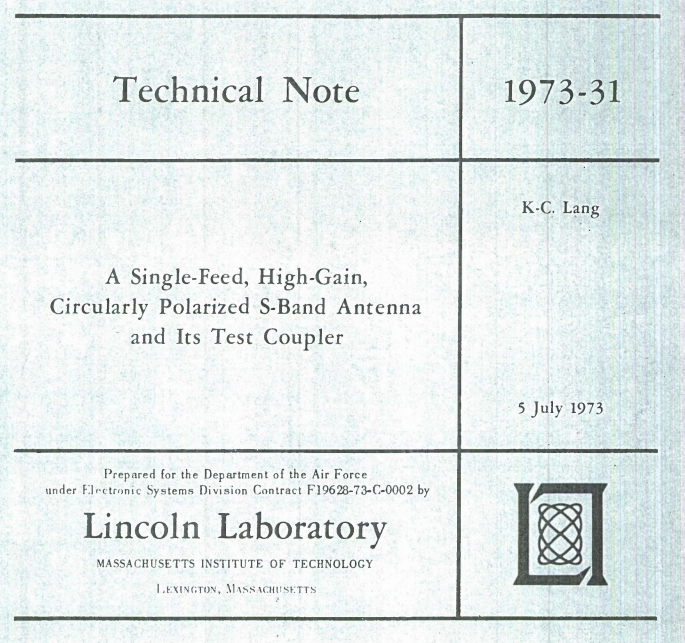 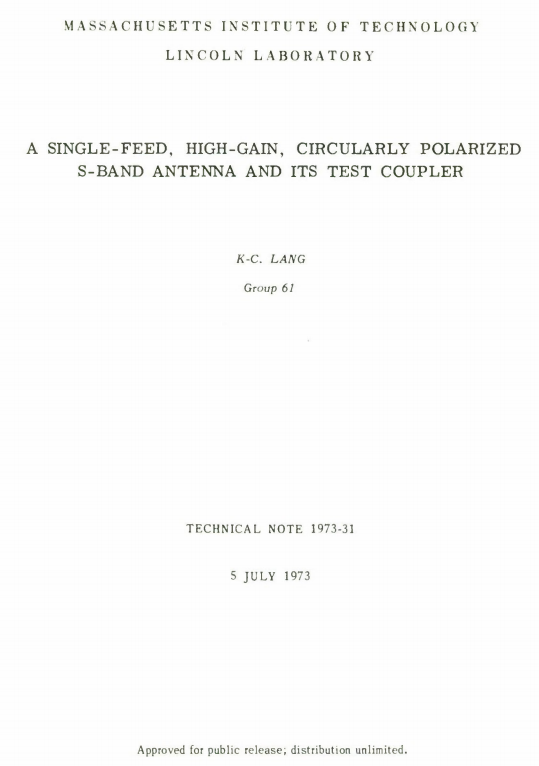 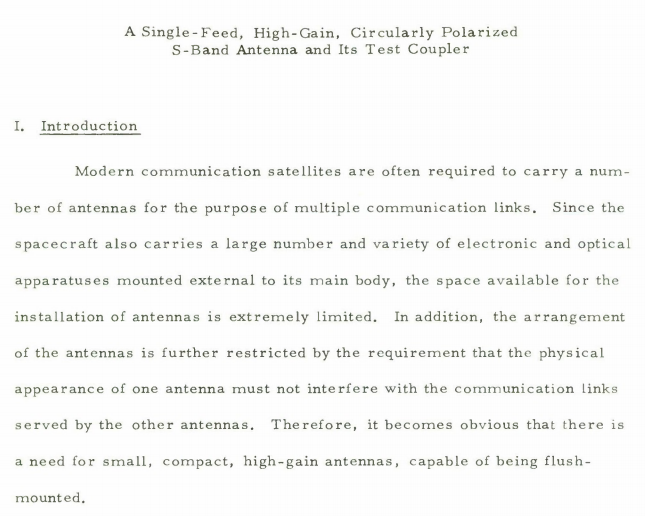 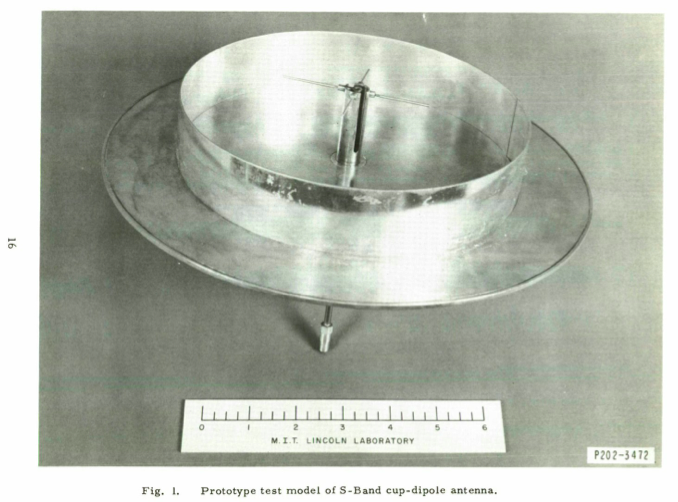 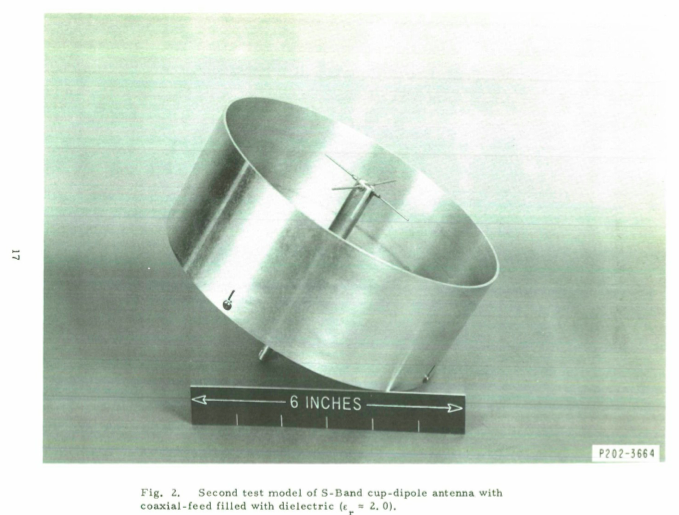 Not the answer you're looking for? Browse other questions tagged spacecraft radio-communication antenna or ask your own question.

9
What is the pop-up circular disk with spiral pattern in this NASA animation of the Dragonfly helicopter for Titan? Antenna? Kind, band, target?
6
How are phased array antennas used in spaceflight? Benefits and limitations
4
How to design a ground antenna for sending & receiving from a satellite?
5
Can a swarm of nano-probes act as a phased antenna of a greater power?
1
How does a 22 dBi X-band "patch" antenna get so much gain and how well behaved is its high-gain radiation pattern?

6
How are phased array antennas used in spaceflight? Benefits and limitations
5
How is GAIA's phased array configured, mechanically and electrically?
8
How do commercial broadcast satellites in GEO produce such carefully shaped signal footprints?
1
How does this antenna work, with both a feed horn and hyperbolic secondary in front of the dish?
1
How do Inmarsat 5 F4's beams correspond to all of these antennas and feeds?
3
How exactly were the signals from quad dishes of Apollo Deep Space High-Gain Antenna or Russian B-529 processed for local control of tracking?
9
What is the pop-up circular disk with spiral pattern in this NASA animation of the Dragonfly helicopter for Titan? Antenna? Kind, band, target?
1
How does Quantum change it's antenna's shape? (Flagship UK telecommunications satellite just launched)
1
How does a 22 dBi X-band "patch" antenna get so much gain and how well behaved is its high-gain radiation pattern?