Do any systems in space use Artificial Intelligence yet?

Technology has apparently advanced to the point some states in the Untied States are debating AI managed cars. The thought comes to mind that space is relatively less crowded than most streets on Earth. An AI system could probably be tested out there with less risk than down here. Of course the same argument may be used to test AI systems in the oceans rather than on roads .. Apparently on most modern jetliners too in-flight controls are managed by a computer bank. But that's a different subject...

AI having been proven to be mature enough to handle atleast traffic patterns in a city, the questions that come to mind are -

There are already many systems that fall under the umbrella of Artificial Intelligence in use in space (and on earth). Here are two examples:

However, if you are wanting to know when HAL 9000 will appear Soyuz spacecraft, the answer is probably not within our lifetimes...

It depends entirely on what you qualify as 'artificial intelligence'. I'm not aware of any self-learning systems in space to the point of worrying about SkyNet, but there are plenty of ones that are built to be more autonomous.

For instance, on STEREO, if the spacecraft detects something interesting, it'll take additional images, and if there's sufficient time in the next DSN passes, it'll be downlinked.

In the earth-observing realm, there's the Autonomous Sciencecraft Experiment which uses analysis software to detect interesting events (eg, erupting volcano) and focus instruments there. Their website says the spacecraft does 'machine learning' so it's possible that it might qualify as AI. The software from ASE (Sciencecraft) was also used on the Mars Rovers.

Unfortunately, NASA stopped funding the AISR program years ago, which was for developing low TRL technology that could be used to do better science. There's still an archive of past PI presentations, and you can try digging through archive.org for more info.

(disclaimer: I work for the Solar Data Analysis Center which manages the STEREO Science Center, and I might have been on AISR grant review boards)

The Buran spacecraft ( Snowstorm or Blizzard ), a Soviet orbital vehicle analogous in function and design to the US Space Shuttle, but it made unmanned spaceflight, but again, only once in 1988.

It was the first Unmanned Space Vehicle ( USV ) with humans on board, all of
blast-off, flight, landing made by machine.

However, it was destroyed in a 2002 hangar collapse. 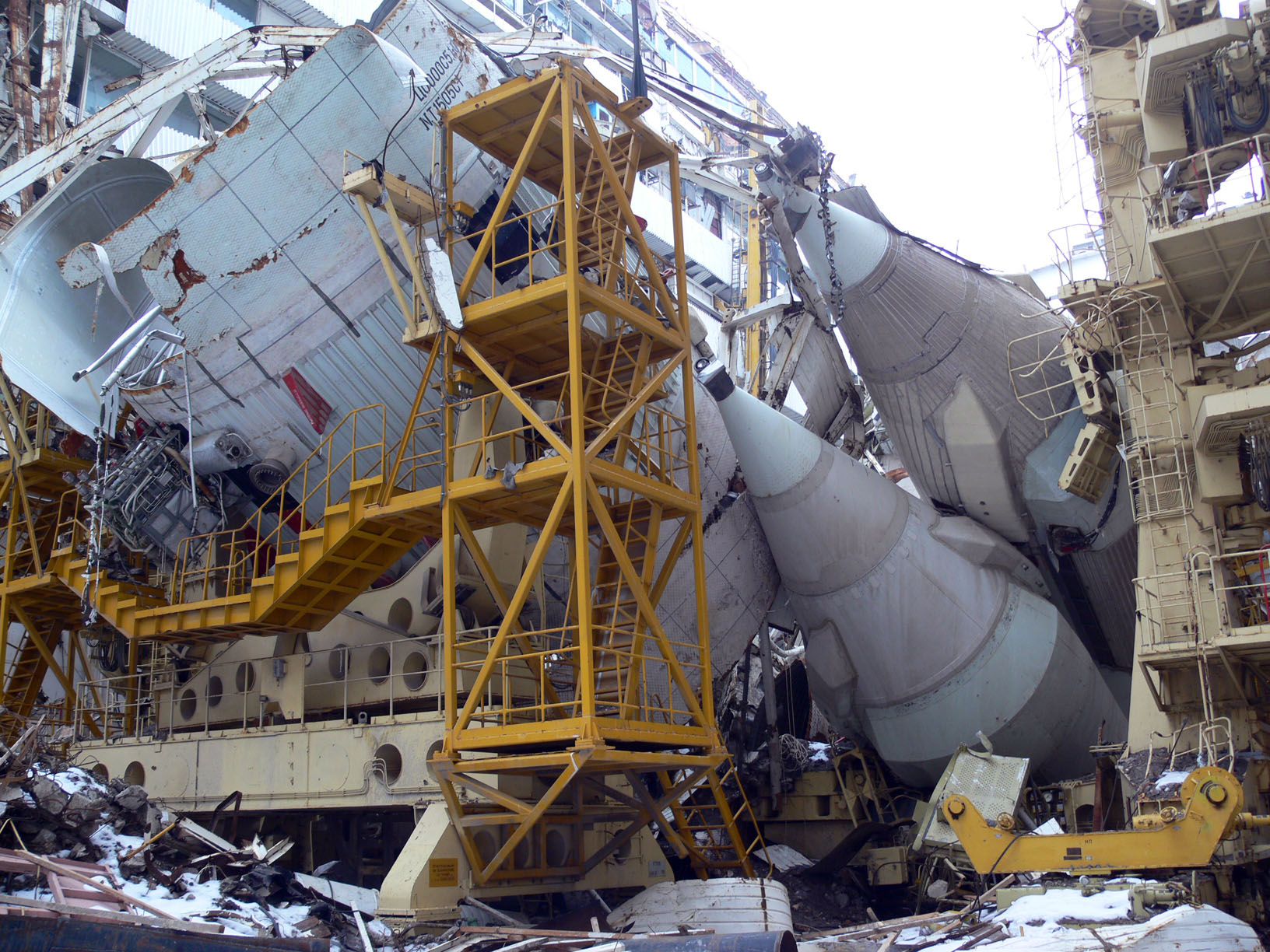 It depends on your definition of artificial intelligence.

Is a Kalman filter AI? By most definitions, no. Yet a Kalman filter's job is to generate an ever improving estimate of state. It "learns" by comparing what it think it knows (imperfectly) versus the imperfect results from sensors. Some Kalman filters are extremely sophisticated. They handle sensors that report at different rates, they estimate biases in the sensors as well as where the vehicle is, and they help detect sensor failures. The mathematical hearts of a Kalman filter and a Bayesian belief network (which is AI) are one and the same. The key reason a Kalman filter isn't deemed to be AI is that it wasn't developed by AI researchers.

Is the Autonomous Landing Hazard Avoidance Technology (ALHAT) being developed by NASA AI? This is a lot closer to what many would call AI. However, is edge detection AI? Is detecting circles and ellipses (aka craters) AI? Does it matter whether the algorithm was developed by an AI practitioner or a signal processing expert? Does matching the detected craters against a database AI? Does it matter that the point of all this is to feed the information to a Kalman filter?

It shouldn't matter whether the techniques came out of the signal processing community or the AI community, but it does. (Better: AI communities; there's a noted lack of communications amongst different branches of AI, and even a lot of bickering of what AI is.) That I could rewrite a Kalman filter as a Bayesian network and suddenly it's AI? That doesn't make sense.

Another issue that gets in the way of "true" AI from being used in space operations is the languages preferred by AI researchers. LISP won't fly, nor will Prolog (Buran excluded, and it didn't fly). The last thing one wants to happen is to have the computer go into garbage collection mode just as the vehicle is about to land. The algorithms have to be translated to the stodgy languages used by flight software developers, and then toned down further because dynamic memory allocation is taboo in flight software.

One last thing that gets in the way of employing AI in space exploration: A state of the art flight computer is a state of the practice desktop computer from the previous millennium. We won't be able to say Siri, open the pod bay doors on a flight computer anytime soon. Your smart phone has a much faster CPU and a whole lot more memory than does the flight computer on a spacecraft.

Not the answer you're looking for? Browse other questions tagged technology flight-computer uncrewed-spaceflight or ask your own question.

2
How far has Artificial Intelligence (AI) came in satellites?

13
Is there any research going on launching into orbit with “space guns”? Why (not)?
13
Are all crew on board a spacecraft trained to handle flight-systems?
19
Which operating systems is the International Space Station running?
3
Lessons Learned - What can space power system design teach Antarctic remote sensing systems
7
Are there any initiatives for automated (not remotely-controlled), manned space missions?
6
What are some notable computer systems used in space probes?
6
Is there any reason that NASA's launched space probes and MERs usually operate decades longer than expected?
12
Did any spacecraft ever use the Sun's gravity for acceleration?