What decides if a launch has to be done instantaneously or during a window?

What determines if a launch has to be done instantaneously or has a launch window of minutes or hours? To what parts is it about celestial and ground issues?

Just one example of alleged switching between a window and instantaneously, Falcon 9 planned launch of multiple communication satellites to LEO in 2015-12-19:

That window was expected to be 20:02-23:02 Eastern. However, that has since been updated to an instantaneous window of 20:20 Eastern.

Sources said only an instantaneous launch opportunity is available Sunday due to restrictions imposed by the Federal Aviation Administration, which may be hesitant to re-route holiday week air traffic around the Cape Canaveral launch base for several hours in case of launch delays.

So in this case it's range imposed restrictions. On top of other answers in this thread, here are some others that are related:

So to recap, and adding a few points to what has already been previously discussed, possible restrictions could be:

Additionally, in our specific case and if I'm allowed a bit of conjecture, SpaceX is with Orbcomm OG2 launch both returning to flight after a RUD (rapid unscheduled disassembly) event during the CRS-7 launch, and they're doing this with an upgraded launch vehicle (Falcon 9 v1.2) that uses higher propellant density and deep cryogenic liquid oxygen (which, according to Elon Musk himself, is a bit of a challenge). They might have estimated that if they'll have to hold the launch for whichever reason, there's a good chance they would have to scrub it for the day and have only requested a very short opportunity to launch. If they're working with some quota (by any authority or service, from FAA, FCC, USCG, MARAD, AST, JSpOC, Space wing, TDRS, Bermuda downrange tracking station,...), and their customer isn't pushing for launch as soon as possible, it makes sense not to upset the deities with unreasonable demands that might not be met, or indeed needed. 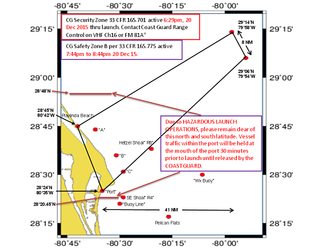 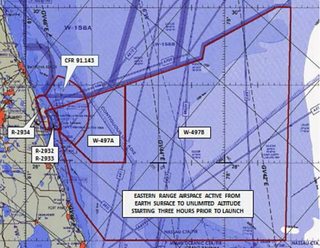 That's the same launch window, just in local EST (Eastern Standard Time) time zone followed by "Zulu" time (today, just a military way of saying UTC really). Just announced launch webcast is also an hour long, ending 31 minutes after the instantaneous launch on 8:29 p.m. EST (1:29 UTC), which would be unusually long for SpaceX hosted webcasts if they really stayed on-air for that long after liftoff. Unless it was a CRS launch to ISS for NASA, they would usually wrap up minutes after second stage separation. I'm not exactly sure what to make of this, but all that talk of instantaneous launch might have been for naught. I couldn't find any official word on it, not from SpaceX and neither from Elon Musk that tweeted all the updates.

26 minutes long launch window would permit for up to two countdown clock recycles of 13 minutes that were usual during previous SpaceX Falcon 9 launches with vehicle's terminal countdown of 10 minutes, so possibly up to three attempts to launch on that same day, assuming no issues are worked on that extend the hold (like issues with the vehicle or a boat breaching the safety exclusion zone which did happen before and even resulted in a parody Twitter account).

Just another quick update that an announcement of tomorrow's launch now appeared also on SpaceX pages and it reads (emphasis mine):

SpaceX is currently aiming for a December 20th launch of the Falcon 9 rocket, carrying 11 satellites for ORBCOMM. The launch is part of ORBCOMM's second and final OG2 Mission and will lift off from SpaceX's launch pad at Cape Canaveral Air Force Station in Florida. This mission also marks the first time SpaceX will attempt to land the first stage of the Falcon 9 rocket on land. The landing of the first stage is a secondary test objective.

So here's another explanation, that the launch might still be instantaneous and those 26 minutes are now allocated for both launch of Falcon 9R from SLC-40 and landing of its first stage at Landing Complex 1. How cool is that?

A constraint not mentioned is the launch vehicle capability to target a variable azimuth. The Delta II launch vehicle did not have a variable launch azimuth capability. As a result, Mars missions on the Delta II (there were several) would generally have two instantaneous launch windows each day at two azimuths. Two were considered sufficient to address possible range issues.

It took half an hour to reload and verify the parameters on the Delta II, so the distance between the two had to be at least that. The launch vehicle could only wait for 83 minutes before the risk of freezing the feed system, so the distance had to be less than that. The windows for MER ended up about 37 to 44 minutes apart.

The windows were not technically instantaneous, but actually one second long, so the guy on the button didn't have to be perfect. (Yes, there was a guy with a button.)

The target is usually the key, although the range might have a say as well. For instance, an ISS mission must be lined up to get to the ISS, requiring a small window. For the purpose of LEO communication satellites, the key is to get to an orbit with a time of day that is particularly useful. For most of the Falcon 9 launches, this has been the case. There have been some very long windows, for instance. It could be restricted on either the rocket side (Very unlikely), launch site support, or blocking Air Traffic in the area, all of which might require a smaller window.

It seems to me that in this case, it's probably not the customer. One might recall that ORBCOMM previously had a 2 hour 33 minute launch window. As the goal seems to be 4 planes with the two launches, most of the satellites are going to have to do some traveling to achieve the goal. I suspect it has more to do with SpaceX, or more likely, FAA regulating the time of their launch during a fairly busy travel season.

Not the answer you're looking for? Browse other questions tagged launch launch-site law time procedure or ask your own question.

13
Day versus night launches
16
Why would a mission to Sun-Earth L1 have an instantaneous launch window?
5
How far apart are ISS launch windows?
3
Short EFT-1 missions launch window
3
Why are some Starlink launches announced as instantaneous and some not?
1
Do all spacecrafts first enter orbit and then transfer to another body?

3
Short EFT-1 missions launch window
16
Has a pad abort ever been done on an actual launch?
10
How risky is launching a rocket during a geomagnetic and solar radiation storm?
2
What is all the stuff that goes flying during a launch?
8
During the launch of a rocket, how close are the nearest humans?
13
What orbital inclinations will be launched into from Scotland?
7
During a government shutdown, is it possible for US rocket companies to launch from outside the US?
4
Are Powered Explicit Guidance calculations done before or during launch?
8
How do cubesat owners first find out their cubesat's initial trajectory? How do they point antennas at it before official TLEs start to appear?