What was the distant bright light in the SpaceX webcast of Orbcomm OG2 deployment?

As I was watching the SpaceX launch today on YouTube, I have noticed a bright distant light as the satellites were being deployed. What was that light? 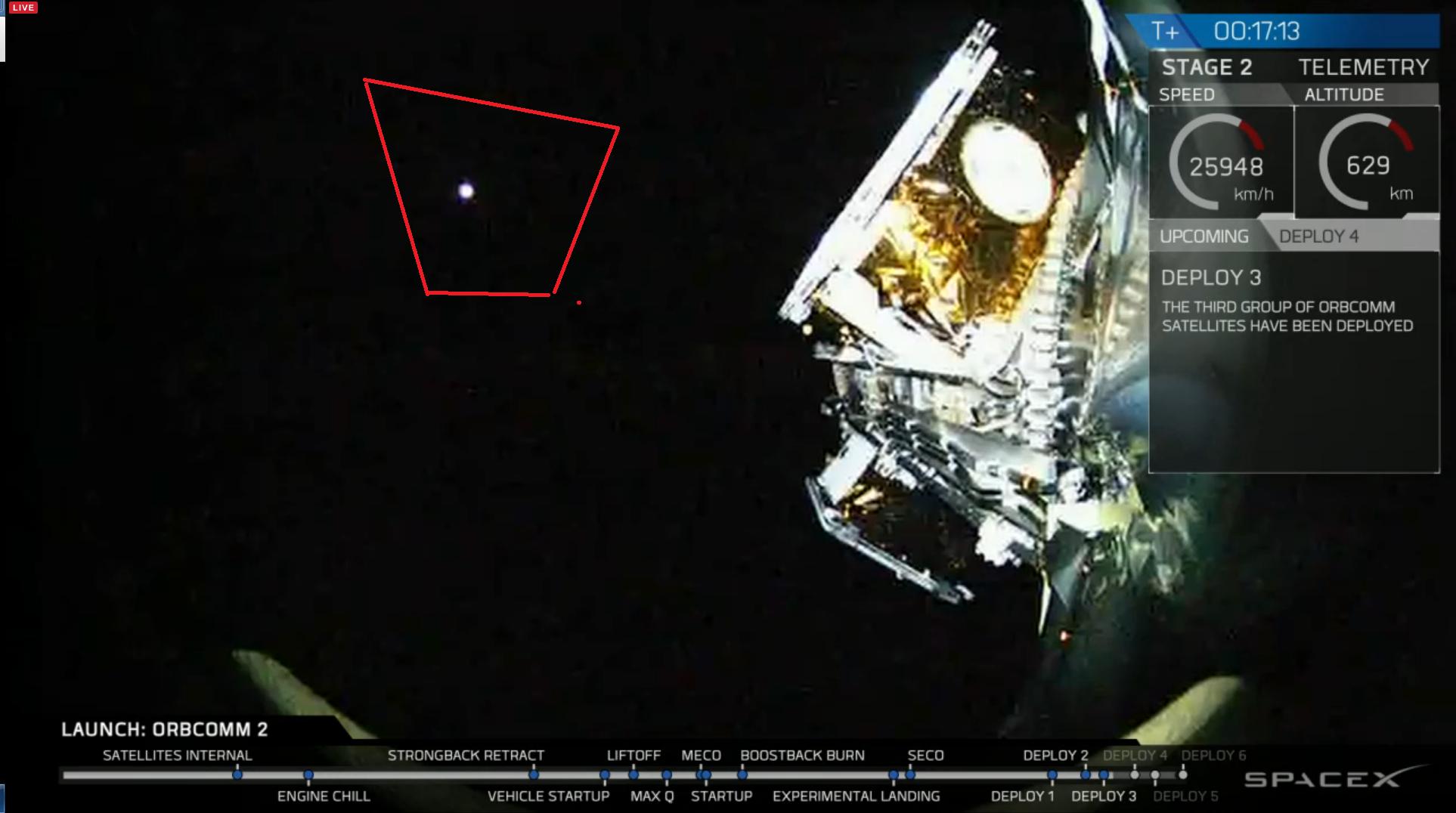 Also, after each deployment there was something white and small flying away from the main body. What was that?

It was the Moon. It was illuminated at roughly 85-86% as seen from low Earth's orbit at the time of deployment, so pretty bright, and roughly directly overhead of the Americas. Deployment camera was pointing more or less backwards with respect to upper stage's velocity vector and the upper stage was tracking roughly over the Atlantic ocean West of Europe 17 minutes into the launch. Earth's, Moon's and Sun's geometry, made with Solar System Scope orrery for exact time and in realistic size mode centered on Earth, looked like this: 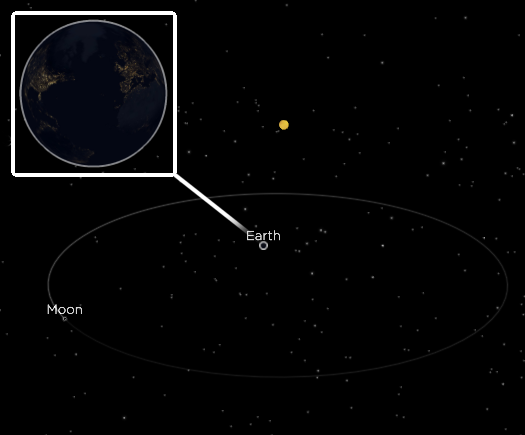 Note that how the Moon appears to track relative to the camera's frame also depends on upper stage's own attitude during deployment, not just orbit's geometry. Its orientation relative to the Earth would slightly change in between each deployment stage. To appreciate this easier, here's the video at roughly the time that the image in your question displays:

Short of having an officially made ground track so we can see precisely over which area Orbcomm OG2 satellites were deployed, here's a simulated ground track, made with Flight Club simulator that should be fairly close to the real deal: 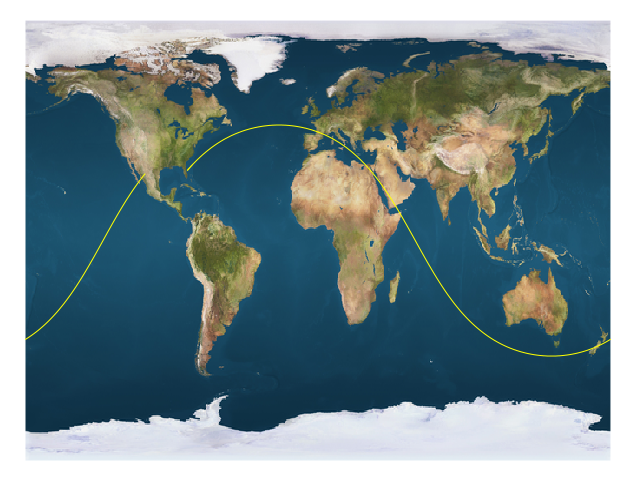 Small things flying away from the main body are mostly transient debris from the upper stage and payloads themselves, things like droplets of hydraulic fluid or actuators pressurization gas (depending on design) for the stage engine's gimbals, lubrication oils of the deployment system to prevent cold welding (stiction) of similar metallic surfaces or friction of the spring release mechanism, residual fuel from reaction control system thrusters firing up, ice condensed on cryogenic surfaces now exposed to vacuum chipping off as its surface starts outgassing, and similar volatile fluids that would "bake-off" and disperse in the heat of sunlight as soon as their orbit enters daylight (at that altitude, one orbit is approximately 97 minutes long). And some of it would be camera noise and you're seeing ionizing radiation striking its sensor.

But short of an unexpected event, there wouldn't be many, if any at all long-lasting orbital debris released by the deployment mechanism or the upper stage itself once they've all reached orbital speed, since a lot of effort is made to reduce the number and long lasting impact of orbital debris. But if there will be any, we'll see soon enough either via NORAD Orbital Debris Catalog and/or UNOOSA Index of Objects Launched into Outer Space, which is a registrar that all member state parties to the Outer Space Treaty report to.

Not the answer you're looking for? Browse other questions tagged spacex low-earth-orbit camera payload-deployment orbcomm-2 or ask your own question.

8
How to get earth-centered, earth-fixed coordinates from Skyfield?
9
2nd stage speed - with respect to what? (SpaceX webcast of Orbcomm OG2 deployment)
5
A nicer way to download the positions of the Orbcomm-2 satellites
2
DId the Falcon 2nd stage turn around [UPDATED] and point "backwards" before the Orbcomm-2 deployement started?

9
2nd stage speed - with respect to what? (SpaceX webcast of Orbcomm OG2 deployment)
2
DId the Falcon 2nd stage turn around [UPDATED] and point "backwards" before the Orbcomm-2 deployement started?
5
How were the 10 Iridium NEXT satellites deployed by SpaceX?
8
What goes into the planning and execution of the deployment of groups of LEO satellites?
5
How do multiple satellites deployed in the same launch reach their different final orbits?
9
SpaceX Falcon-9 fairing heating during launch?
2
What is producing these strange lights around the Falcon 9 grid fins (Starlink launch)?
8
Why does the F9 second stage roll back and forth during deployment of each RADARSAT satellite?
3
What is final positioning of rideshare satellites (like transporter-2 mission) and how do they get there?