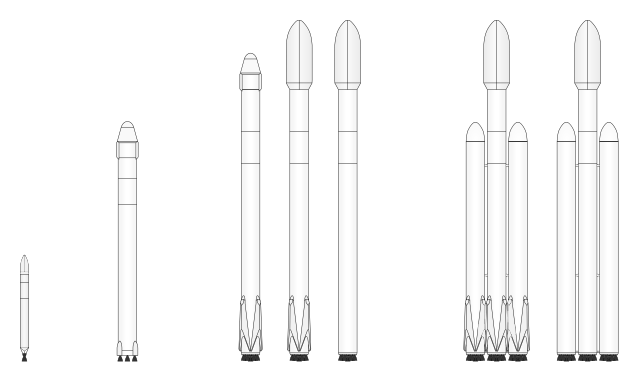 It should also be noted that New Shepard is small/nimble enough that it can throttle down its engine and hover above a landing site, allowing for a controlled landing and/or aborting a landing attempt and re-trying if it's not right. It can control its descent velocity at will, coming down slowly and gently to the point where you could almost do it by hand-held remote.

Because the falcon 9 needs much larger engines (because it's far heavier at launch), and has lost almost all its fuel mass by this point, it cannot hover. This means it has to land by a method called a suicide burn.

A suicide burn means that it fires its engines at a very precise altitude, such that it decelerates and slows to a stop at the exact point where it touches down on the landing pad. 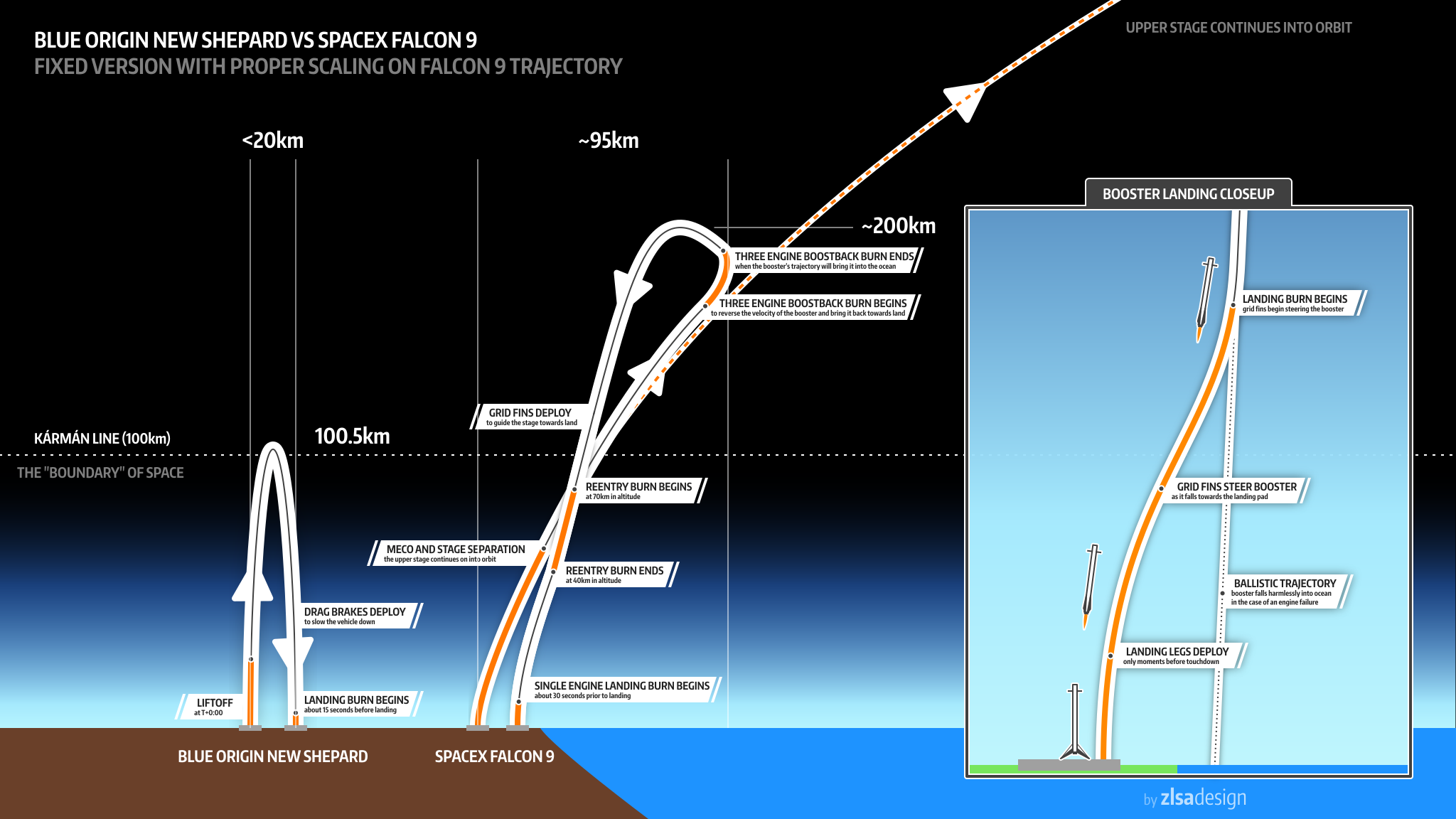 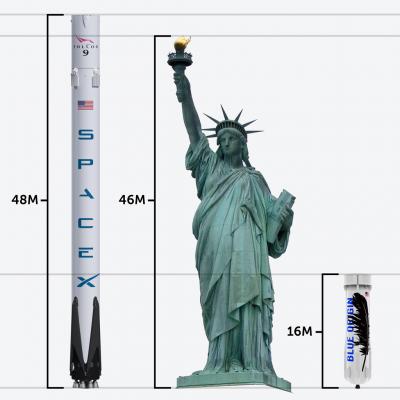 Not the answer you're looking for? Browse other questions tagged rockets spacex landing falcon-9 blue-origin or ask your own question.

18
Where is the other half (stage two) of the SpaceX Falcon 9 rocket?
1
How is New Shepard the first suborbital booster to successfully perform a powered vertical soft landing?