Is it possible the Falcon Heavy Demo flight could be done with three previously flown boosters?

Thanks to their now recently official reusability capability, and after looking at the SpaceX flight manifest that showcases at least five new v1.1 FT before the Demo, it made me ponder:

By the time of the planned Falcon Heavy Demo launch (May 2016), could SpaceX have enough 1st stages to possibly make a refurbished Falcon Heavy (ie: the hardware aspect would be covered)?

If it is possible, it would make sense for SpaceX would go down that road — that launch is paid for from SpaceX's own pocket (explaining why Falcon Heavy was pushed back when in 2014 they saw 1st stage recover was doable on paper). Also it could solve their client’s initial worries about the quality of their refurbished rocket.

Here it could put SpaceX in a position of strength saying "No rebates on refurbishments, we go by cost of launch only like we’ve always done. Expect the price to drop in the future though".

I’m asking to know if the added risk is worth it. Also to know if there are any science/practical reasons why it wouldn’t be doable. Examples that comes to mind are:

Let's take a look at the upcoming flight manifest.

First of all, this is a very optimistic schedule. The fastest SpaceX has recycled a launch was about 3 weeks, if they can keep that pace up, then the 8 listed missions would be complete in 24 weeks, or about 6 months. Okay, but how about with a more realistic schedule? Most of the landing attempts will likely be on the barge, for those missions requiring the higher performance. There will likely be one more land attempt of the early missions, for the CRS mission. Otherwise, barges seems to be where the landing attempts will occur, due to the more stressing mission attempts. Hopefully we'll get a barge landing soon, but so far that hasn't been demonstrated successfully.

Next step is to see how different a F9 heavy core is from the lower stage of a Falcon 9. Let's take a look at SpaceX's image of the Falcon 9 Heavy. The biggest difference that I notice is that there is a framework on the top part of the booster. Also, there is a nosecone that is unique to the heavy configuration. This appears to be bolted together. It could be retrofitted in the factory, but it wouldn't be using the exact same booster, just 90% the same. Looking at the image, it also appears there is several connecting points along the structure, all of which likely need to be purpose built.

Bottom line, it could potentially be done, but I'm not confident that will be the approach taken. More likely the F9 and F9 heavy cores will be different, although they are almost identical. It would be cool, but I don't think that will be the case.

Let's see if these modifications appear to be present with the recent launch. I don't see any obvious modifications that would support a Falcon 9 core.

The side boosters and the center core will be different. Gwynne Shotwell discussed this in an interview, which you can read a report of in this SpaceNews article.

“Falcon Heavy is two different cores — the inner core and the two side sticks,” Shotwell said. “The new Falcon 9 will basically be a Falcon Heavy side booster. So we’re building [only two different] cores to make sure we don’t have a bunch of configurations around the factory so we can streamline operations and hit a launch cadence of one or two a month from every launch site we have.” - See more at: http://spacenews.com/spacex-aims-to-debut-new-version-of-falcon-9-this-summer/#sthash.mhopYFhr.dpuf

In fact, revisiting this years later, the two side boosters for the Falcon Heavy demo flight are previously flown boosters, modified to be side boosters.

Here is an image of a side booster wrapped (The cone shaped top is the giveaway). 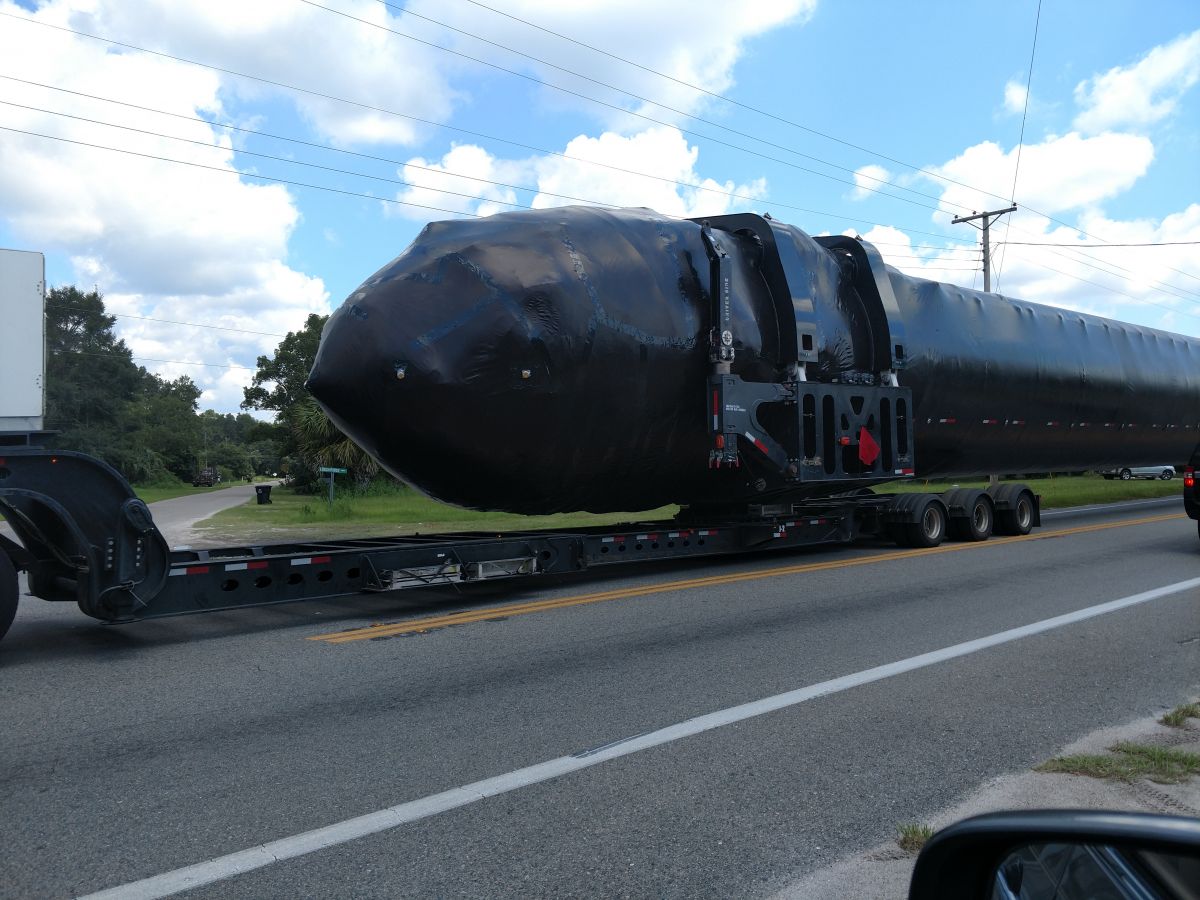 The SpaceX Reddit page, has a couple of good Wiki's they are maintaining with all this information.

The flight has now happened, yay!

As far as the two side boosters are concerned, according to this table B1023.2 and B1025.2 have been already used once previously. According to this answer to the question Has SpaceX re-used a first stage twice yet? they are not likely to be used a third time any time soon. However, so far I am not aware of any reason why they couldn't be used a third time, and in the long term F9 reuse multiple/many times is planned.

The above was originally written as an answer to this question.

As this answer points out, (and I am sure in the following three years there have been several others) the Falcon Heavy center core is not at all a standard F9. It is specially built to withstand extra loading. It might be capable of launching by itself, but it couldn't be called a F9, and not sure why one would even do that since it's far more valuable as a FH center core.

Not the answer you're looking for? Browse other questions tagged spacex falcon-9 reuse falcon9-r falcon-heavy or ask your own question.

17
Has SpaceX re-used a first stage twice yet?
4
Can Falcon Heavy side boosters/center core be reused as Falcon 9s?

3
Falcon 9 1.1 demo flight (flight 6) - Was the second stage burn meant to test deorbit?
25
When SpaceX claims to build 4 engines/week, which engines do they mean?
17
What missions could be done with Orion on Falcon Heavy?
15
What is the value of the cross-track angle between the two designated CRS-4 first stage recovery zones?
6
What is changing between the Merlin 1D engine and the uprated Merlin 1D+ engine?
12
How many 1st stage boosters will SpaceX settle for, for its LEO/GTO fleet?
19
What would the challenges be in developing a Falcon Heavy with three or four strap-on boosters?
4
Can Falcon Heavy side boosters/center core be reused as Falcon 9s?
6
Do Falcon 9/Heavy Block 5 boosters need landing legs? Or can they land back on their launch mounts?
3
Falcon 9 Type Rocket with Raptors