Why was Curiosity rover's landing site an ellipse?

According to this article, the landing site of the Curiosity rover was elliptical.

Would all planetary landers have elliptical landing sites?

Landing ellipse, or a landing footprint is a plot of the area encompassing possible landing sites when reentry parameters are entered into a simulation and accounted for their margin of error, and is a bivariate normal distribution, a statistical distribution with probability density function. According to Wikipedia:

After atmospheric reentry, a non-powered spacecraft will land on an area depending upon entry angle, entry mass, atmosphere and drag. It is therefore impossible to know the spacecraft's landing point with absolute precision. By simulating varying re-entry courses, a numerical simulation will produce a plot resembling a footprint. 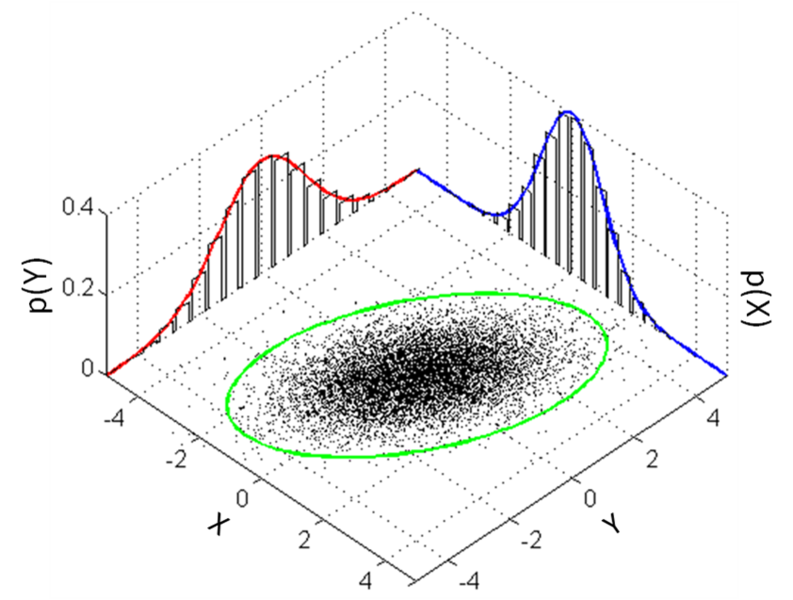 A paper on Determination of Spacecraft Landing Footprint for Safe Planetary Landing discusses this to greater detail:

A methodology is developed based on a ballistic analysis to estimate the landing footprint associated with the powered terminal descent phase of a spacecraft soft landing. The analysis is based on an idealized two-impulse thrust maneuver and leads to an analytical expression for the elliptical boundary of the landing footprint. The objective is to develop a computationally efficient method to estimate the landing footprint for use in an on-board fuzzy-logic based inference engine for real-time hazard avoidance. The inference engine combines an estimate of the landing footprint with information about the safeness of the landing terrain to construct an overall landing site quality index. The landing site quality index is a critical parameter that enables the spacecraft to make intelligent real-time decisions about landing safely on unknown and hazardous terrains. The footprint generated from the ballistic analysis is also compared with the footprint resulting from numerically integrating a representative guidance law. 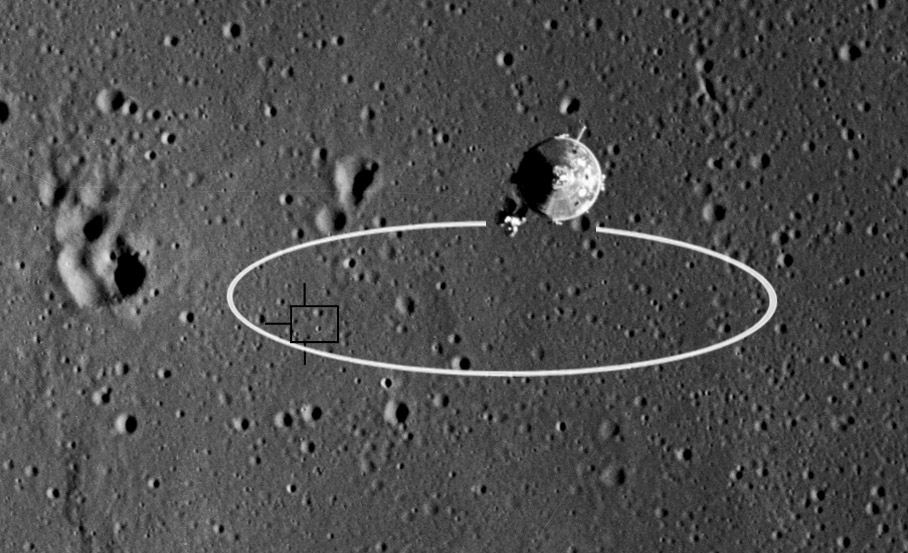 Plot of the landing ellipse of the lunar landing of the Apollo 11 Lunar Module. Actual landing spot is marked with the black rectangle.

Yes, all the landing sites would have an elliptical plot of the area of possible landing sites, once the simulation is done and calculated for all the possible values and correcting for an accounted for margin of error.

Not the answer you're looking for? Browse other questions tagged curiosity landing or ask your own question.

4
How large are the Curiosity rover's FPGAs which enable "dream mode"?
20
Will SpaceX delay launches, if the landing site weather is unacceptable?
5
Which potential landing sites were identified at the MSL Landing Site workshops?
6
Where exactly on Mars was Curiosity when this image was taken?
4
How was an emergency landing site at Diego Garcia used during the Apollo program?
6
How tall are the "cliffs of the delta" in the Perseverance rover's landing ellipse?
5
Why did NASA intentionally crash-land the Curiosity and Perseverance sky cranes on Mars?
6
Why did Curiosity not have a camera on board to record the landing?