How close did the landed first stage of the Falcon 9 get to the X on the landing pad?

The pad at Landing Zone 1 (Former LC-13 at Cape Canaveral) has a big giant SpaceX logo consisting of a stylized X.

SpaceNews reposted this picture of a guy on the X marks the spot, as distributed by SpaceX. 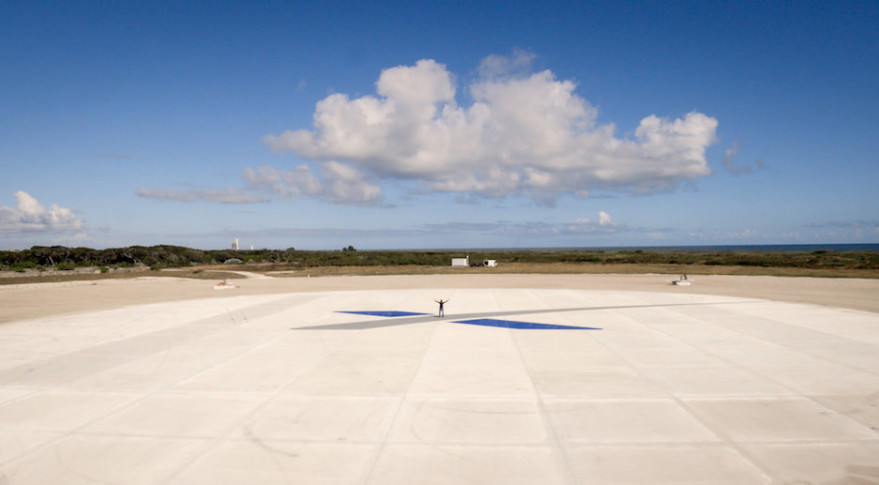 This is relevant, since the X on the ASDS barges is a smaller space so accuracy in hitting the target matters. 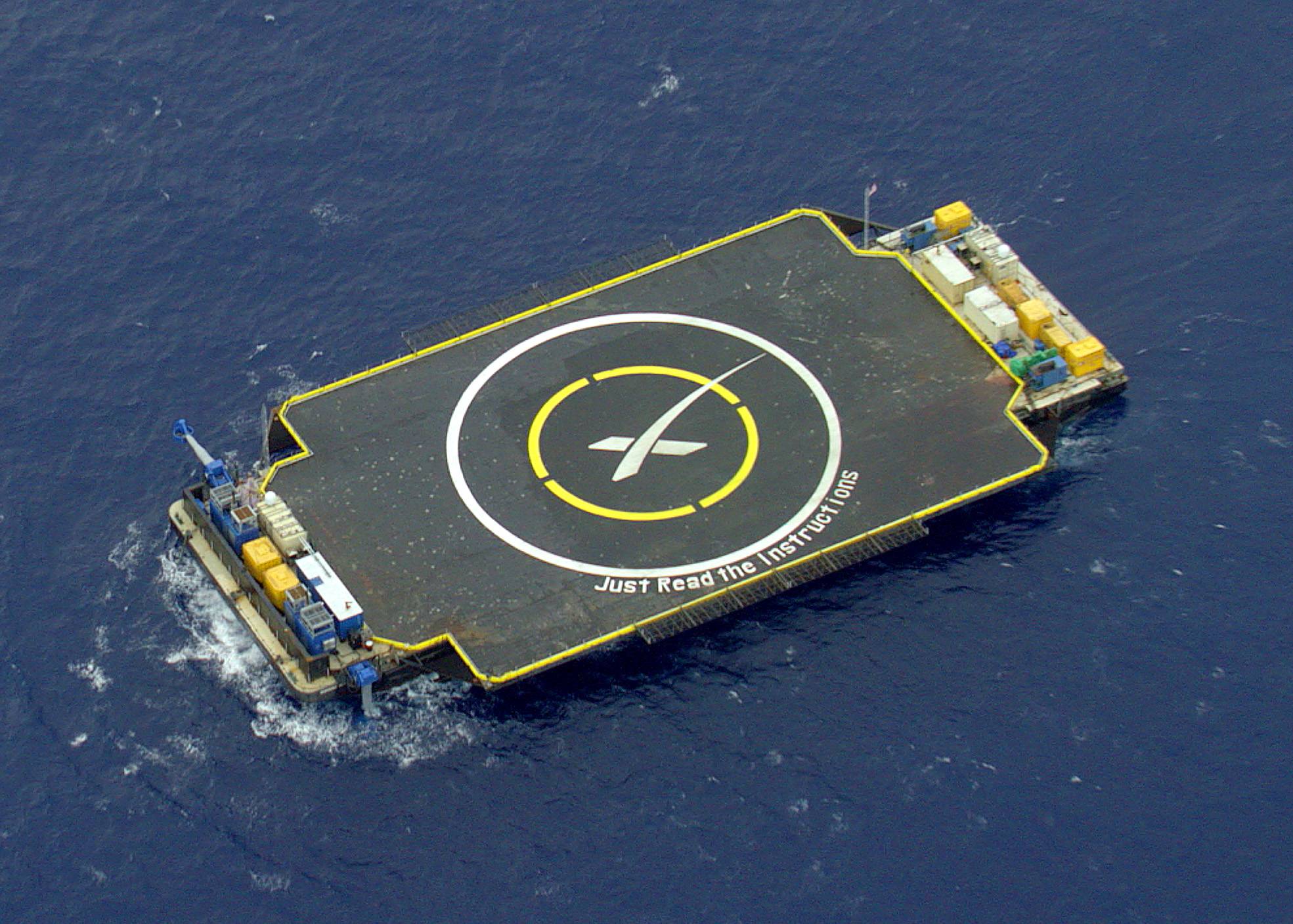 On the NasaSpaceflight.com forums, there is a running Barge Landing Bingo thread, where the have divided the surface of the ASDS into a grid, and allowed people to pick grid coordinates to predict where the first landed stage will touch down. It looks like the LZ-1 landing was sufficiently unexpected that the LZ-1 Landing Bingo did not happen.

I don't know how precise an answer you're looking for, but looking at this frame from the helicopter video, it looks to me like it came down within one stage diameter of the center of the X: 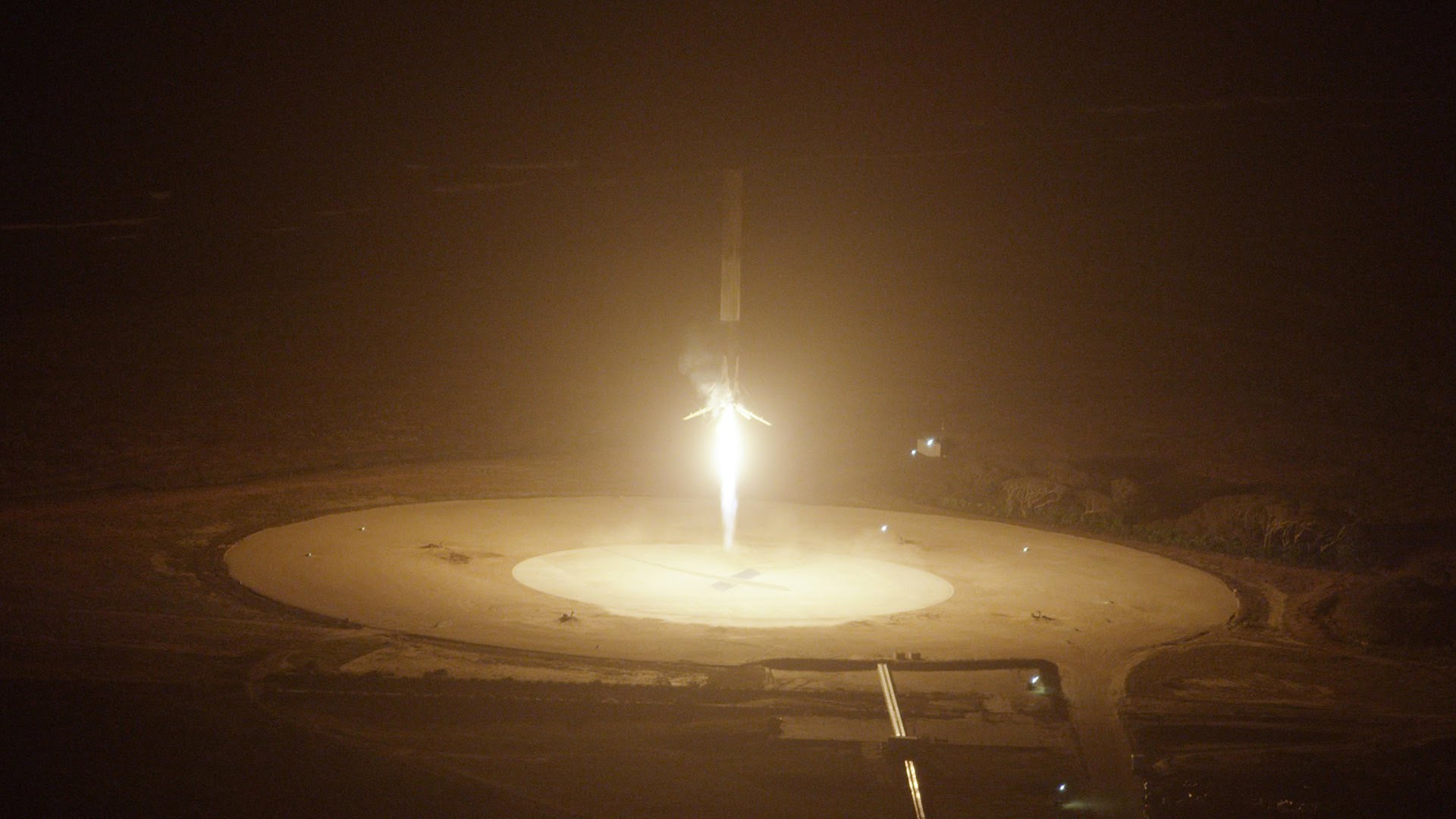 Combined with the accuracy of the two failed barge landings, I assume this is not a fluke, and the stage can land this accurately on a regular basis.

As far as I know, the Jason-3 mission barge landing is the first time SpaceX has announced their landing accuracy, in this case within an impressive 1.3 meters (~4 feet) of dead center of the target.

Here's a picture looking down the first stage of the Thaicom-8 mission after landing. If the landing leg span is 18 meters, the rocket looks to be around 3 meters off center. This was a "hot and fast" landing from a geosynchronous launch mission. 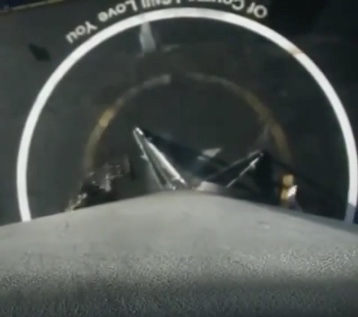 Musk claimed an 0.7m off-target distance for the FORMOSAT-5 flight.

From this video of LC1, the answer is revealed. 10 feet (3m) away from dead center is the answer.