How to test the impact of radiation on cubesat's electronics?

Is there a difference between the effect of different ionizing wavelengths on electronics? Can a medical accelerator be used for simulation of conditions a cubesat will be exposed to? If not what would be an acceptable solution?

TL;DR: The medical accelerators are not suitable.

There are basically two effects of radiation on electronics:

RAM Memory cells are usually small capacitors (caps) which are charged or not to represent a 1 or 0. If an ionizing particle crosses the dielectric between the cap plates, it forms a channel of ionized, and so conducting, material. A charged cap may discharge through this, and a 1 becomes a 0. Due to recombination, the channel becomes an insulator again within a short period. So, this effect is reversible.

It is counter-intuitive, but making the cap larger can help: The cap holds a larger charge, which will not fully discharge until the channel "closes".

(By the way, this also applies for field effect transistors, but let's stick with memory)

A more effective way is to use more than one cell to store a single bit. For example, you use three cells and compare their contents and let the majority win. This is way, a single discharged cap doesn't matter.

Of course, at some level of radiation flux you still get SEUs. Multiple particles hitting the chip at the same time may discharge also a larger cap, or two of the three caps.

To test if a piece of electronics is immune to SEUs in space, it is radiated by the maximum flux occurring in space, plus some margin.

While SEUs don't have a permanent influence on electronics, radiation also has a degenerating or aging effect on semiconductors. Semiconductors are made e.g. of pure silicon, doped with traces of other elements to give them unique properties. If radiation smashes silicon nuclei, it creates other elements which behaves differently. For example, sensor elements constructed as diodes may invert their doping.

Counter-measures include choice of special material combinations and special doping.

Since this is a cumulative long-term effect, electronics have to be exposed to a total dose equivalent to the dose expected to be collected in space over their entire life time. As satellites can stay in space for several years but you don't want to run radiation tests that long, you need a high intensity radiation source which will apply the expected dose within days.

As already mentioned in the comment, you have to distinguish between EM (X-Ray, Gamma-Ray) and particle radiation.

People think gamma radiation is the most dangerous one because you need really thick shielding and one man now gets green when upset. But that's not the case. Gamma rays don't react that much with matter they fly through, so you need lots of matter to let most of it react with it. So, the effect of gamma rays on electronics is quite small, and since gamma rays can't destroy nuclei, it will only cause SEUs from time to time, but no degradation. X-Rays reaction with matter is more likely and so causes more SEUs, but also doesn't degenerate matter.

Electrons deposit their energy by ionizing atoms of the matter they are traveling through. But they also don't destroy nuclei, and the density of ionized atoms left along their track is rather low. So, again, no long term effect, just SEUs.

Protons, alpha particles (helium nuclei) and nuclei of heavier elements have a much severe effect on matter, as they deposit large amounts of energy due to ionization in short distances, and they can destroy nuclei inside the electronics.

Unfortunately, radiation in space consists of about 87% protons, 12% alpha particles and 1% heavier ions and electrons.

A large amount of this radiation is in an energy range similar to that of radioactive elements, which is usually easily shielded by the hull of the satellite. But there's lots of high energy radiation: 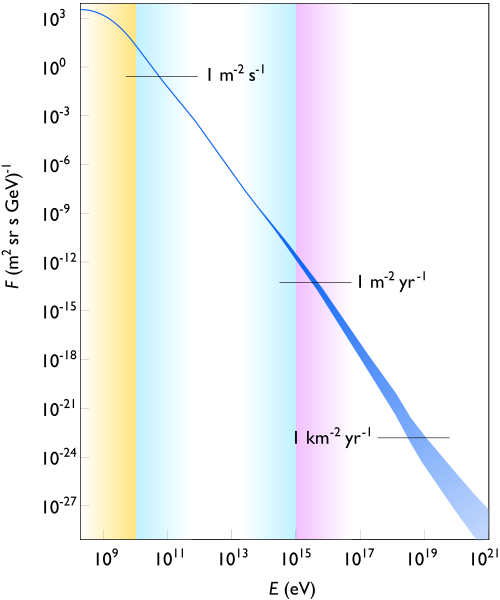 The unit of the y-axis is a bit hard to understand, but the labels give a better idea: The diagram starts with about 1000 particles per square meter per second at $10^9$eV (1000MeV), while the highest energy from radioactive decay is about 10MeV.

Coming back to your medical accelerators, these are mainly X-Ray sources. As said, this may cause some SEUs, but no aging. You need a particle source! Even if you disassemble a medical accelerator and use the electron accelerator inside, you still get just electrons of some 10MeV.

New types of cancer therapy use accelerators for protons, alpha particles and heavier nuclei. The link states protons up to 250MeV, which isn't so much compared to the spectrum in space. And although I can't find data about the intensity, it's most likely far to low. Human tissue is far more sensitive to radiation than silicon, so these facilities will have a far lower intensity than you need, especially to study degrading effects. However, these facilities are quite new and very large compared to your accelerators, which makes them very expensive and anything but common.

If you really want to test your electronics, go to one of the larger scientific accelerator facilities like CERN, the Paul-Scherrer-Institute (PSI) or DESY in Europe or Fermilab etc. in the US. They provide several kinds of radiation facilites with all kinds of particle sources over wide energy and intensity ranges.

For example, here is a website from PSI where they offer a proton irradiation facility. This is a project from PSI and ESA.

Not the answer you're looking for? Browse other questions tagged radiation cubesat electronics cosmic-radiation or ask your own question.

3
What is the advantage of QPSK over FSK or ASK for satellite data transmission?
6
How big is the risk/potential damage from radiation on a Mars trip?
2
Syncom-3 was the first geostationary satellite. Anyone know of a description of the onboard electronics?
8
How are cubesat electronics protected against the effects of radiation in LEO?
4
How much radiation are astronauts on the ISS exposed to?
12
Temperature of a satellite orbiting in low Earth orbit
4
What are the cutting edge materials & strategies which could be used for radiation shielding on long-duration missions?
2
Venus probe with refrigerated electronics powered by an RTG (more like the Mars rovers)
9
How do cubesat owners first find out their cubesat's initial trajectory? How do they point antennas at it before official TLEs start to appear?