Why didn't the Space Shuttle have a launch escape system?

Since the very beginning of space exploration, rockets had some sort of Launch Escape System (LES). From this Wikipedia article, we know that Mercury and Apollo had an escape tower, while Vostok and Gemini had ejection seats. 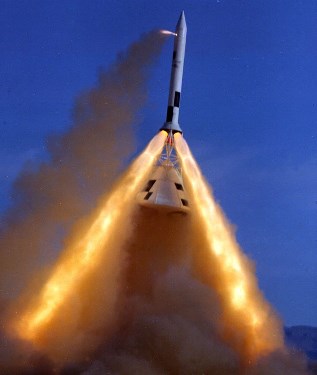 Initially, the Space Shuttle had ejection seats but, (citing Wikipedia)

were removed once the vehicle was deemed operational

practically leaving it without any LES. What are technical reasons for this choice?

Providing crew escape for all phases of flight of the Space Shuttle, given its design architecture, was simply not practical. Keep in mind you have up to 7 crew members on two decks. Keep in mind that the flight regime consists of large ranges of altitude and velocities. Keep in mind that it would have to cover launch, landing, and several abort modes. Even the ejection seats used in the early flights couldn't cover the entire flight regime and only worked for the Commander and the Pilot.

So to answer your question directly: ejection seats would have only been useful for the crew on the flight deck and then only for a (very) limited part of the total flight regime.

Regarding the use of a LES on the Shuttle: There were some studies done during early design phases of a separable crew compartment. Not surprisingly, this added an unacceptable amount of mass to the Orbiter -- at least with the architecture selected. Of course, this system looked nothing like the LES used on Apollo. Also, even the LES on Apollo didn't cover all of Apollo's flight regime.

Another interesting fact: the Shuttle was initially designed to allow a shirt-sleeve environment for the astronauts. This means that prior to STS-26, Shuttle astronauts didn't even wear parachutes (excepting the early qualification flights with ejection seats). In fact, the seats were not designed to handle astronauts with a parachute. By "handle," I mean handle the additional weight and volume of a crew member with a parachute and other gear attached. The seats were modified (and eventually entirely redesigned) for STS-26 and beyond for when the crew members did wear parachutes.

These new chutes were expected to be used for a very limited range of flight regimes/abort modes where the Orbiter could be put into a stable glide configuration that allowed all of the crew to bail out. This means that you had to ride the solids for at least 2 minutes till they burned out, do some fancy flying to get rid of the External Tank, get the Orbiter into a stable auto-piloted glide, climb down (or over) to the hatch, blow the hatch, extend a pole (see next paragraph), and bail out (x7). So this really wasn't a launch escape system -- once you light the SRBs, you are committed to at least 2 minutes of powered flight.

Bailing out was to be done with the aid of a crew escape pole. The pole kept the crew from hitting the leading edge of the wing. There is some good test footage available here: http://youtu.be/dfVTX25hH-I. Note that none of this would have helped the astronauts we lost on 51-L or STS-107.

So what is the take-away here? One (of many) of the big reasons the Shuttle was retired was its lack of provision for crew escape. All of the likely new manned US systems (government contracted and private) include crew escape for most if not all of the flight regime. This is one of the reason why most of these systems go with capsules too.

The Shuttle just did not have good abort options for most of the flight window. One possible change that would have required being designed in from the beginning would have been an abort system where the entire crew compartment would separate like on an F-111. But it would have added cost and complexity and was not actually designed in.

In order to obtain additional political support for STS, NASA essentially convinced lawmakers to force the Air Force/NRO to replace Titan with Shuttle as the launch vehicle for KH-11 spy satellites and other intelligence hardware which would require launches directly into polar orbit. As both of these programs progessed, weight grew beyond original specifications. The margin was very close already before the increases, and by 1984 NASA was getting ready to do some pretty risky stuff to make good on their promise to launch intelligence payloads--including filament wound boosters, running Block I engines with the original throats/injectors/turbopump impellers at 109% for the entire flight. This should give you an idea of why even 5,000 lbs was completely out of the question for an effective LES. Of course, 51L happened and pretty much the entire military mission was ditched save for a few birds already configured for Shuttle launch, so ironically the same LES that could've easily saved the 51L crew would've ultimately been feasible for the missions STS ended up flying.

An effective launch escape system was not incorporated into the STS because of weight considerations that now seem to be both short sighted and even absurd.

1) An escape ejection capsule system similar to the one used in the B-58 Hustler was a possibility. But the ejection capsule weighed several times as much as the seats on the shuttle and were thus not developed.

2) Then there is the fact that the entire crew compartment could (should) have been designed to separate as was the case with the F-111 escape system. However the system would have once again been in NASA's opinion too heavy.

The reality is I believe that NASA didn't want to reduce the payload capacity of the STS by including an effective crew escape system. It seems that 50,000lbs of payload to LEO was the 'magic' number NASA wanted and reducing that for the sake of crew safety down to 40,000 to 45,000 pounds of payload to LEO was an undesirable effect of incorporating such an escape system. A system mind you that could have safely protected the crew members from a stationary position on the pad up to a speed of +Mach 2.

40
What "actually" happens at T-minus-0
12
What is the problem with aborting a Space Shuttle launch?
8
Were ejection seats on the Space Shuttle a practical safety system?
3
How much fuel/oxidizer was held in the piping of the Shuttle orbiter?