Are these objects other satellites in the SpaceX webcast of Jason-3 deployment?

I realize there is a whole lot of stuff in low earth orbit, but didn't imagine that it would be so visible. Here are the two brighter objects that passed by during the deployment of Jason-3 by SpaceX. I've nicknamed them "Elvis" and "David Bowie", but are they satellites - or just nearby debris associated with the spacecraft? In the original SpaceX webcast you can see that Elvis seems to be rotating at about 1.8 revs per second, which might help in the identification.

EDIT: I've removed the phrase "educated guess" from the question.

Note the mission time in the upper right corner to you can refer back to the video.

"Elvis:" the faint spot from left to right below Jason-3 (click to enlarge)

I could not find any reference to a secondary payload on that Falcon. http://www.n2yo.com/satellites/?c=latest-launches

I therefore assume that because of its low relative speed, Elvis is a piece of the satellite. For example, there might be equipment on the sattelite that is sensitive to the rocket exhaust, so it is covered while the engines are still firing. Once the engines shut down, they jettison the cover.

Since David Bowie seems to be moving relative to the apparent background (although this is not 100% clear from the video) I would assume that it is a passing object. From the fact that it takes a while to pass the spacecraft, I would guess that it is a larger satellite passing in considerable distance.

As you can see in the screenshot below, the sky south east of Madagascar was quite crowded at that time. My money would be on Iridium 11 being David Bowie, because it has a large radio dish.

Jason 3 is not pictured, but the position on the map would be almost precisely where Saudisat (1C) is pictured. However, Saudisat passed far underneath Jason, so if it was in the frame, the earth would also be in the frame.

Looking through the instruments of Jason-3, Elvis may be a cover for the Carmen-3 experiment. It fits the general shape, and since it is a sensitive electromagnetic device, it may need protection while crossing the inner Van-Allen-Belt. https://jason-3.cnes.fr/en/JASON3/carmen3.htm 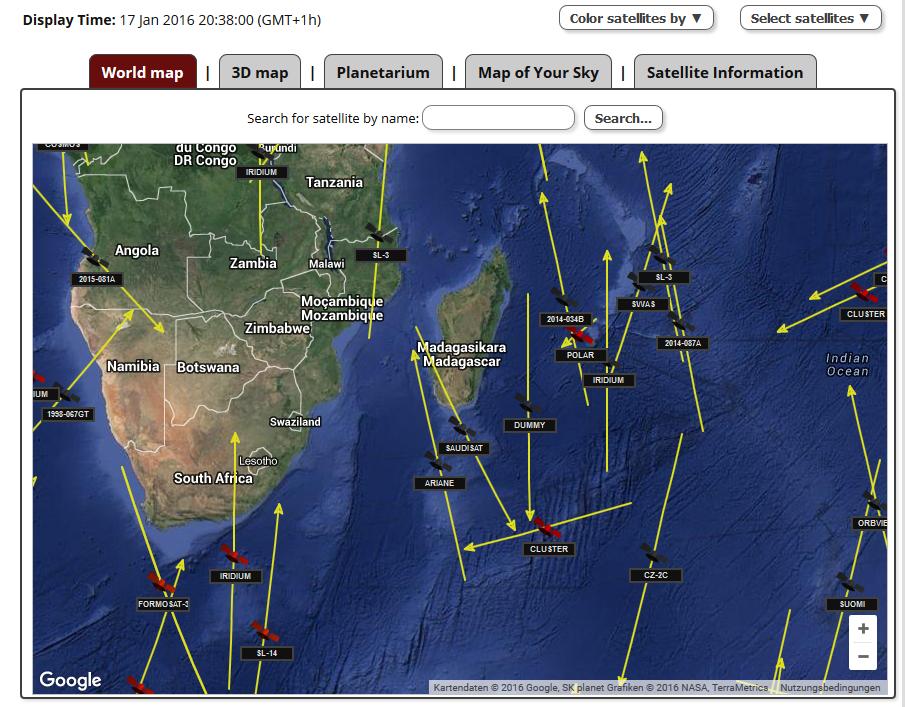 Not the answer you're looking for? Browse other questions tagged spacex low-earth-orbit upper-stage payload-deployment or ask your own question.

7
What was all of the junk in the SES satellite deployment?
7
What caused this shadow on Falcon 9 stage 2 w/Jason-3 before circularization burn?

9
Will we see the barge landing live during the SpaceX CRS-5 webcast?
17
What was the distant bright light in the SpaceX webcast of Orbcomm OG2 deployment?
18
Where is the other half (stage two) of the SpaceX Falcon 9 rocket?
8
2nd stage speed - with respect to what? (SpaceX webcast of Orbcomm OG2 deployment)
8
SpaceX Falcon 9 landing leg deployment time
9
Why rotate the Falcon 9 2nd stage after deployment?
5
How were the 10 Iridium NEXT satellites deployed by SpaceX?
7
What goes into the planning and execution of the deployment of groups of LEO satellites?
5
What are these four “debris” objects along with the Starlink satellites?
6
Why does the F9 second stage roll back and forth during deployment of each RADARSAT satellite?