What's the largest single object payload ever lifted into space?

I am aware that the Saturn V is the largest rocket ever built and was capable of lifting more weight into space than anything that exists today. Modern rockets often carry several satellites up at once that together make up its full payload.

What I am wondering is: what is the largest single object ever lifted into space and what is its weight. Let's assume for this question that the LEM/CM or similar combinations are single multistage vehicles. Is the LEM/CM the largest yet, or is there something else?

Depending on your definitions, the contenders seem to be the US Space Shuttle, Buran, Apollo 17, or Skylab.

Skylab was 77 tons, launched as a single payload on a two-stage version of a Saturn V (in fact, the station was converted from a Saturn V third stage).

The Apollo CM/LM stack was under 45 tons, but for the lunar missions, in low Earth orbit it remained attached to the Saturn's S-IVB third stage, which provided the fuel and engine for the translunar injection burn. The S-IVB burned a small amount of its fuel to get into LEO, but that left the combined translunar spacecraft massing over 115 tons.

The Apollos grew slightly in weight over the course of the program, as the launcher engines were uprated, confidence in safety margins improved, and more equipment was brought along. Apollo 16 and 17 were the heaviest, with 16 weighing a little more at launch, and 17 a little more in LEO (having used a bit less fuel getting there). Adding up the launch weights of components listed in Apollo By The Numbers, then subtracting the LES and the fuel used in the initial third-stage burn suggests an orbital mass over 140 tons.

The Space Shuttle orbiter masses over 68 tons dry, and carries a payload of up to 25 tons; its maximum takeoff weight ranged as high as 115 tons. I found a source giving Discovery's orbital mass as 106 tons for the STS-82 mission. As with the S-IVB, the orbiter is ambiguously part launcher and part payload.

The Soviet Energia booster was second to the Saturn V for payload-to-LEO, with approximately 100-ton capability. It flew twice: once with the Polyus payload described in Puffin's answer, once with the Buran spaceplane. Astronautix manages to give two very different weight figures for Buran on a single page. It's either a little lighter or a little heavier than STS.

Following the theme of "depending on your definitions" one could also consider the Polyus spacecraft launched in 1987. The mass of the spacecraft was 80 tonnes.

The Energia vehicle functioned correctly and the Polyus separated correctly. However the mission plan called for the Polyus to complete the final orbit insertion itself, which didn't happen due to a fault in Polyus itself and it re-entered into the South Pacific. 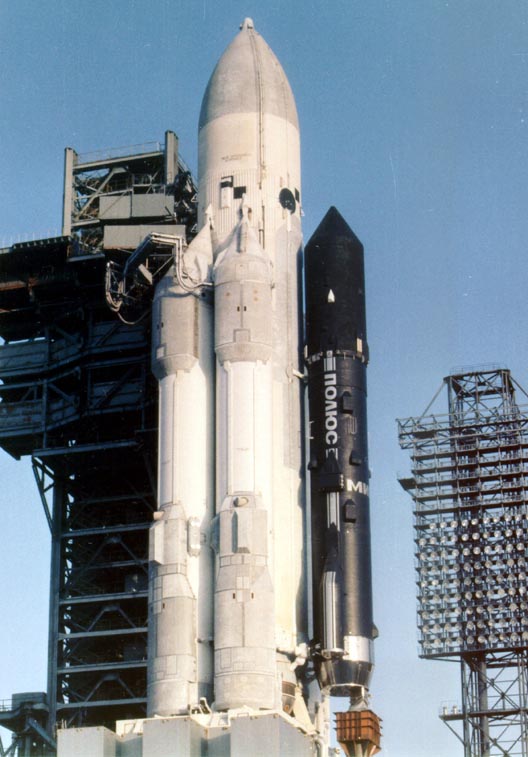 The image is from here

I have interpreted this question regarding two metrics: usable payload mass to orbit, and total injected mass to orbit – where the latter includes inert stages after burnout.

The highest usable payload mass to Low Earth Orbit goes to the three-stage Saturn V SA-512 vehicle used for Apollo 17. Apollo Project: Exploring the Moon by Robert Godwin gives the mass placed in a 171.3 x 168.9km earth orbit as 311,151lb or 141,136kg. None of the Apollo lunar flights lofted more mass to LEO, although Apollo 16’s SA-511 vehicle propelled a slightly greater payload to TLI (48,617kg vs 48,609kg, where the payload includes the CSM, LM and SLA).

The Saturn V lunar booster is an odd case when it comes to LEO payload. Notably, the LEO payload is the same as the total injected mass. However, the third stage qualifies as part of the payload as it is absolutely necessary for its mission of propelling humans and their spacecraft to the moon.

So, a three-stage Saturn V is not a LEO-optimised vehicle – but a two-stage variant is. The Saturn V SA-513 used to launch the Skylab OWS shows an even greater total injected mass:

https://ntrs.nasa.gov/archive/nasa/casi.ntrs.nasa.gov/19730025115.pdf Provides expected and actual masses from the flight.

The total mass to a 434 x 442km orbit at 50 degrees inclination is given as 147,531kg. Note that the S-IC/S-II interstage failed to separate after being damaged by debris falling off the OWS during the S-IC burn, and yet was still carried all the way to orbit. MSFC’s Flight Evaluation Report for SA-513 from August 1973 lists the optimal calculated total injected mass as 319,129lb (144,755kg), but this did not account for the S-II interstage failing to separate or, funnily enough, overperformance of the S-IC stage that resulted in 3.9% greater impulse than expected from the first stage.

Discounting the S-II dry mass, propellant and all other stage accessories the SA-513 vehicle’s two stages delivered 91,950kg in the form of Skylab, its fairing and its support structure. Including the S-IC/S-II interstage which was unnecessarily dragged to orbit, this would increase to 96,936kg but is otherwise irrelevant.

Therefore, the record for the greatest total injected mass to Low Earth Orbit by a single launch vehicle is 147,531kg and belongs to two-stage Skylab-1 Saturn V SA-513. This mass was placed into a 434 x 442km orbit at 50 degrees inclination. Of this, 91,950kg constituted the actual payload, while the remaining mass constituted the inert second stage, residual propellant and other accessories.

The record for the greatest functional payload mass to Low Earth Orbit by a single launch vehicle is 141,136kg and belongs to the three-stage Apollo 17 Saturn V SA-512. This mass was placed into a 171.3 x 168.9km orbit at 28.5 degrees inclination. Of this, 48,609kg constituted the lunar spacecraft payload while the remaining mass constituted the partially fuelled transfer stage required for the lunar mission.

If we are judging the largest to mean the longest linear dimension and only counting rigid structures (not tethers), then the DSX Satellite is the largest single item ever launched at 80 meters from tip to tip of the biggest boom on the spacecraft, a VLF antenna designed to allow experimentation between the spacecraft and the local trapped electron population. 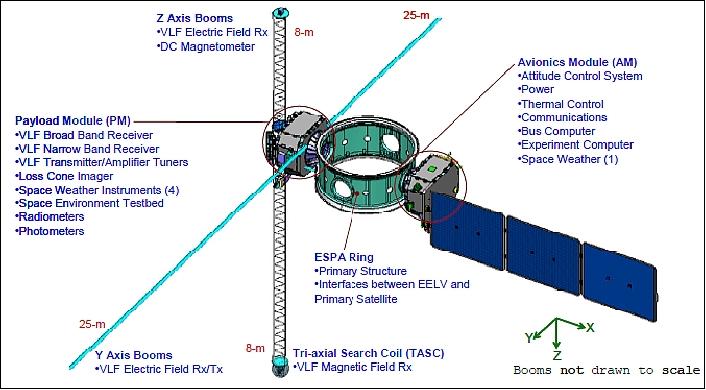 This boom was originally designed to be 54 meters but was later increased to 80 meters once the final vendor was selected. 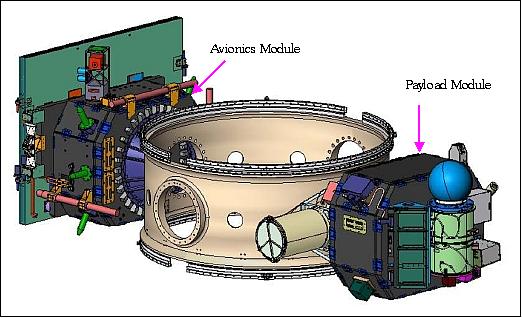 Not the answer you're looking for? Browse other questions tagged rockets payload record or ask your own question.

8
What is the largest and/or heaviest object that could be sent to space?
4
Launch system to get a 75,000 kg object to geostationary orbit?

8
Why did NASA design the SLS do the job of both the Ares I and Ares V?
17
What is the largest number of identical satellites launched together?
5
What's the largest optical lens put in space?
5
What's the largest optical telescope mirror ever put in space?
4
What's the largest rocket that was carried to space inside a Space Shuttle?
6
Has anyone ever flown to space in a vehicle they helped build?
18
Why is the tip of this Russian ICBM folding/closing during launch?
5
Largest single burn spacecraft delta-v in deep space?
4
What are the longest current rocket payload fairings, capable of carrying long space station sections?