Why are the Right Ascension of spacecraft leaving the Solar System so similar?

It's a coincidence caused by the position of the planets they visited and the moment they visited them. Pioneer 10 only visited Jupiter so it could be launched any time they wanted. The other 3 had to have a reasonably close conjunction of at least Jupiter and Saturn.

In the Voyager timeframe, there was a rare 5-planet lineup of Jupiter, Saturn, Uranus, Neptune and Pluto. Everything launched to take advantage of that, had to go in the same general direction.

That's less than 2 years, or 1/15 of Saturn's orbital period. So they were still quite close at that point.

Pluto, being the slowest of them all, is still in the same general area 30 years later. Jupiter, being the fastest of the group, was on the other side of the solar system just a few years earlier.

This graph shows their trajectories: 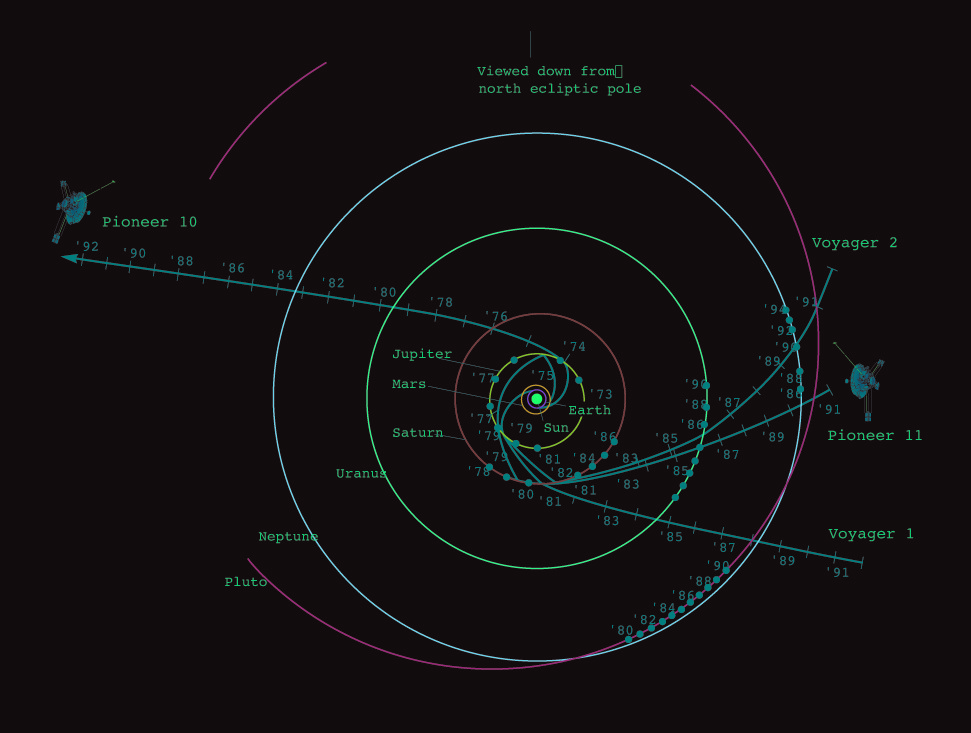 The image doesn't tell the whole story: what you don't see is that all 4 probes have different inclinations. 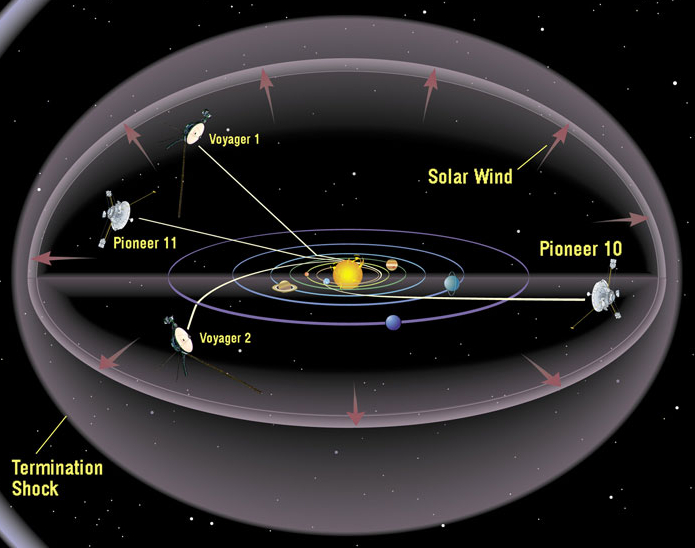 Not the answer you're looking for? Browse other questions tagged trajectory interstellar-travel or ask your own question.

11
Are any spacecraft heading remotely where Planet 9 is expected to be?

18
Would leaving the ecliptic plane offer any benefit to interstellar travel?
11
Are any spacecraft heading remotely where Planet 9 is expected to be?
9
How was Juno's arrival set up to be on the evening of July 4th?
3
Breakthrough Starshot?
3
Are there Practical Methods to Measure the Distance between a Spacecraft and an Astronomical Body?
2
How close to Jupiter does a spacecraft need to get in order to gain maximum gravity assist and Oberth effect bonus for leaving the Solar System?
2
Would it be possible to go beyond Jupiter without making any slingshot?
6
Can we speed up spacecraft to suitable interstellar travel speed using oscillating gravity assists on planets on opposite sides of the solar system?
15
What is the most fuel efficient way out of the Solar System?