Why are the ISS' Sequential Shunt Units not on the inside?

Recently Tim Peake and Tim Kopra carried out an EVA to replace a failed Sequential Shunt Unit, some form of electrical regulator for the solar panels, on the outside of the ISS.

Why aren't these electrical boxes on the inside of the ISS, which would make replacing them much easier?

The U.S. solar array strings on the International Space Station are connected to a sequential shunt unit (SSU). The job of the SSU is to shunt, or short, the excess current from the solar array, such that just enough current is provided downstream to maintain the 160-V bus voltage while meeting the power load demand and recharging the batteries.

If SSU units malfunction, as the sunlight hits the station's solar panels, it could present substantial risk to anyone or anything near them:

That's the reason why Tim Peake and Tim Kopra had to carry out replacement of a faulty SSU when the station was in Earth's shadow and there was no current going through the units, and this is why they had to work fast: 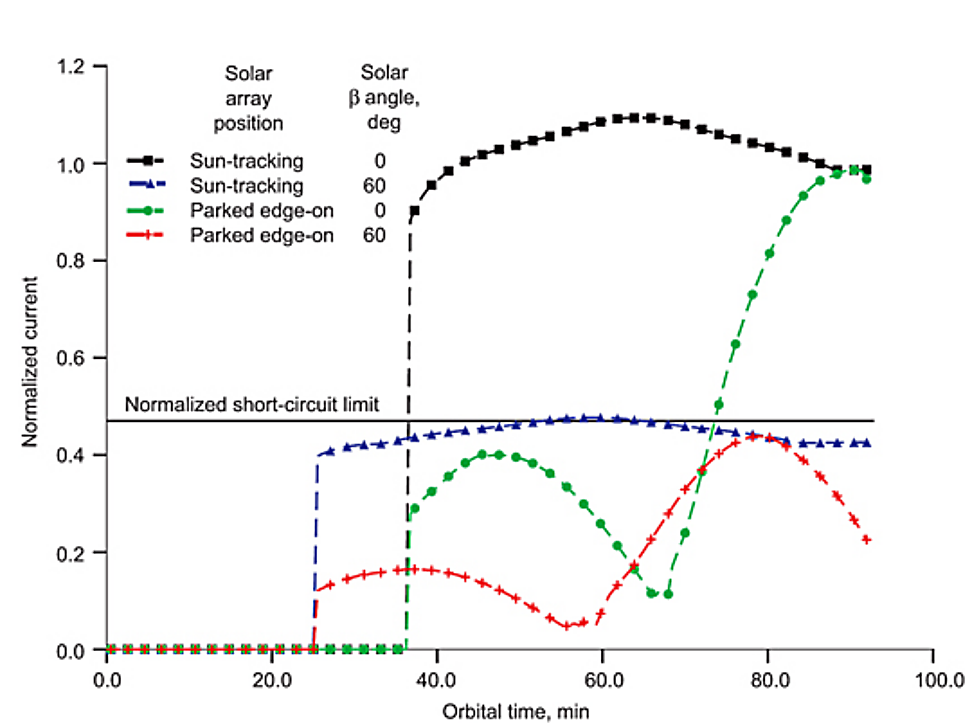 Normalized short-circuit current, $I_{sc}$, versus orbit solar $\beta$ angle (angle between the orbit plane and the Earth-Sun line). Velocity vector for the International Space Station (ISS) is aligned with the ISS +x-axis in this figure.

Should such units be installed on the inside of the station, with oxygen in the breathable atmosphere, on top of being an electrical hazard due to high current and voltage, it could also present fire hazard if any of them shorted. And as you can imagine, pumping up to 76,800 W through them, they would also get pretty hot, so there is also a good reason to move them far along the station's main truss and away from the habitable and experiment area, and that's why Tim Peake and Tim Kopra took so much time to translate during their EVA to get to the unit.

Not the answer you're looking for? Browse other questions tagged iss low-earth-orbit design eva solar-power or ask your own question.

8
Why did NASA assess 3 separate and over 6 hours long EVAs are needed to replace a single failed Pump Module (S1 PM)?
4
Why are low earth orbit satellites not visible from the same place all the time?
10
Why does the ISS not use the most efficient solar panels available?
4
Were the ISS Solar Arrays manufactured as a set?
7
Why aren't solar collectors in space solar power concepts placed closer to the sun?
5
Why a humanoid robot and not a dedicated drone style one?
3
Solar cell heating vs power draw
16
Can astronauts inside ISS hear their crewmates doing EVAs?