Why do they have a Snellen eye chart on the ISS?

During a recent NASA broadcast, I noticed something in the background: 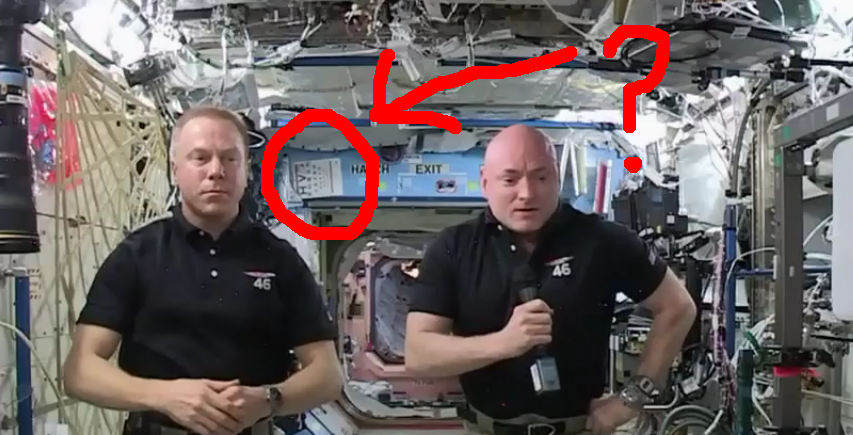 It looks like a Snellen chart to me, but why would they have that on board? If that's not it, what is it then?

Eyes do strange things in microgravity (when you consider they're deformable bags of fluid, this isn't too surprising). This report outlines the changes that can be identified after just a short parabolic flight. Eye test charts provide a way to investigate this without requiring heavy equipment or specialists.

This study appears to be an on-going project to study this on the ISS (Mar 13 - Sep 16), and is probably the reason that chart's there...

NASA has been studying the effects of microgravity on astronauts' eyes for at least a few years. This article from Space.com from 2012 talks about some of the findings from that time.

In a new study, researchers used magnetic resonance imaging (MRI) to study the eyes and brains of 27 astronauts who spent an average of 108 days in space aboard NASA's space shuttle and/or the International Space Station. They found optical abnormalities similar to those that can occur in patients with intracranial hypertension, a potentially serious condition in which pressure builds up inside the skull. - See more at: http://www.space.com/14876-astronaut-spaceflight-vision-problems.html#sthash.h3YPDnGZ.dpuf

For example, nine of the 27 astronauts (33 percent) exhibited expansion of the cerebrospinal fluid space surrounding the optic nerve, and six (22 percent) showed flattening of the back of the eyeball - See more at: http://www.space.com/14876-astronaut-spaceflight-vision-problems.html#sthash.h3YPDnGZ.dpuf

They say it's a high priority, so having the ability to perform tests aboard the ISS makes sense, especially for the astronauts who are up there for a year.

Not the answer you're looking for? Browse other questions tagged iss crewed-spaceflight health medical ocular or ask your own question.

22
Does long-term residence on the ISS affect eyesight?

6
Why such a large gap between ISS construction and inhabitation?
10
Does any site track the mass of the ISS?
11
What are the two orange tabs stuck on opposite edges of each window of the ISS cupola?
8
Was this Gemini "giant eye chart" ever performed?
47
Would all crew leave the ISS if one had a medical emergency?
15
What did I see just before the ISS but on a different trajectory?
13
Why do they make the astronauts sit in Crew Demo-2 for so long before launch?
5
Could amateur radio operators or others contact the ISS against NASA's wishes?