How does the mass of launchers change over time between ground and orbit?

I would like to see some comparison between different launchers wrt how quickly their mass is reduced over time (or altitude or velocity). There are differences in overall size class, propellant type, number and size of solid fuel boosters, common cores, burn time of the first stage and certainly more. It would be interesting to learn something about how current and historic launchers differ in getting rid of mass over time.

In almost all cases, the overall mass versus time curve for a multistage launcher will approximate an exponential decay curve; this is the nature of the rocket equation.

Within each stage, if all the stage's engines fire at a continuous throttle setting, the mass decline over that portion of the flight will be linear. Many launchers throttle down over the course of a stage's burn in order to control g-loading, which makes the mass decline more closely approach the exponential decay curve.

Here's one simulation result, for the Saturn V with Apollo payload: 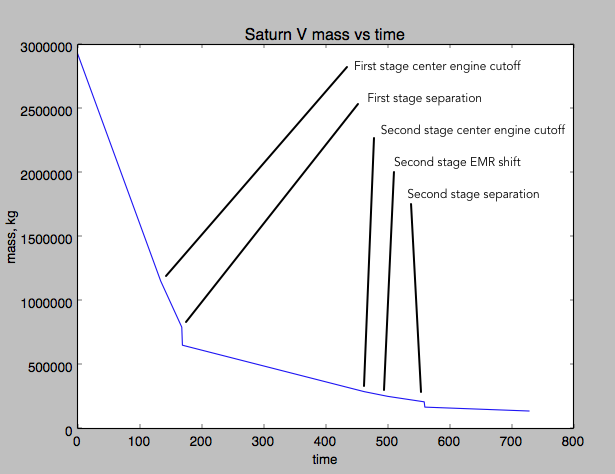 Here are some more modern examples: Falcon 9, Delta IV Medium (4,2), Vega, and Proton M. For the F9 and D4, I've simulated abrupt throttle step-downs, so the stage mass curves are kinked. This is accurate for the Delta, but possibly not for the Falcon; if the engine throttles down gradually the stage mass curve would be smooth, but the overall shape would be essentially the same. Vega's first three stages are solids, with poor specific impulse, so its mass curve is quite a bit deeper than the others. 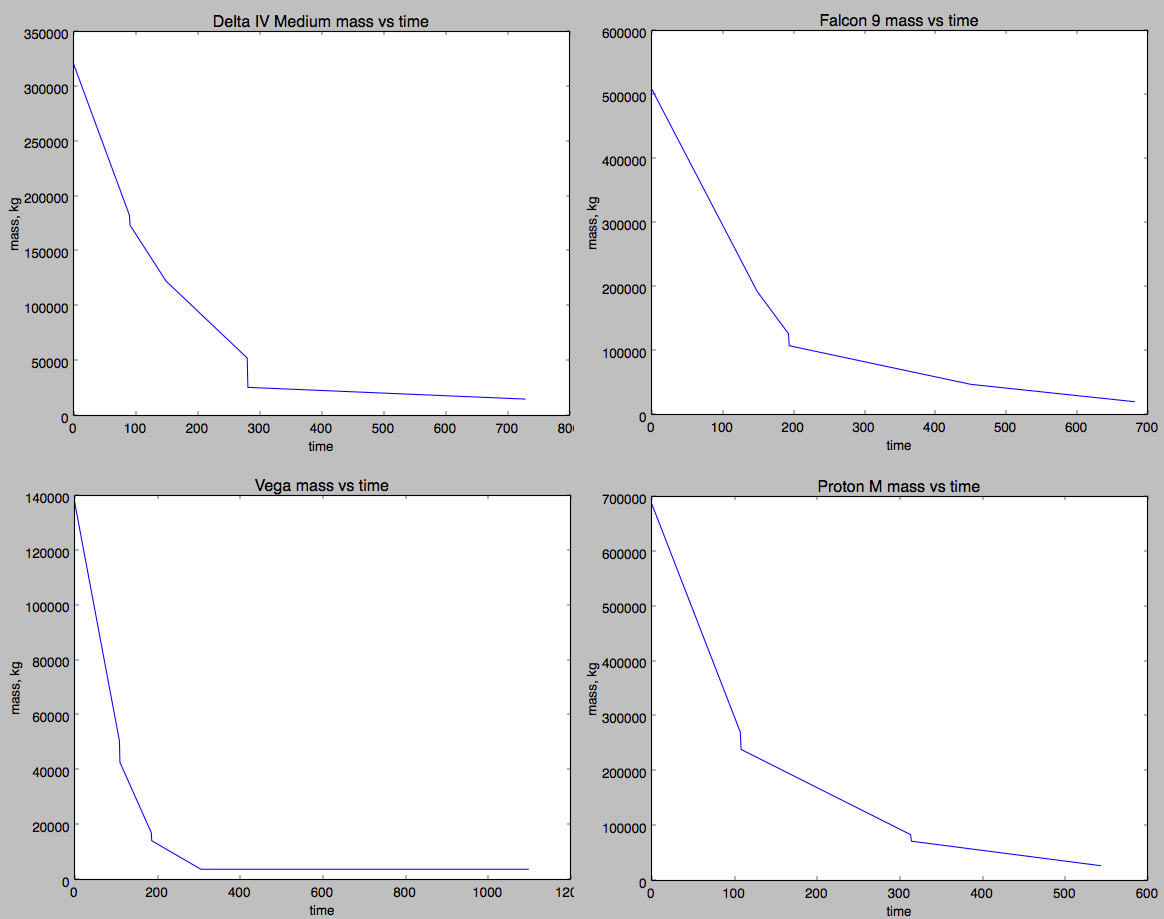 Individual launcher design choices appear to account for more variation in the exact shape of the curve than historical trends.

That said, there is a tendency in modern launchers to use very low-thrust upper stages (Falcon 9 being a bit of an outlier), so their graphs tend a little steeper at the start and shallower at the end. Ariane 5 ES is an exemplar of the trend: 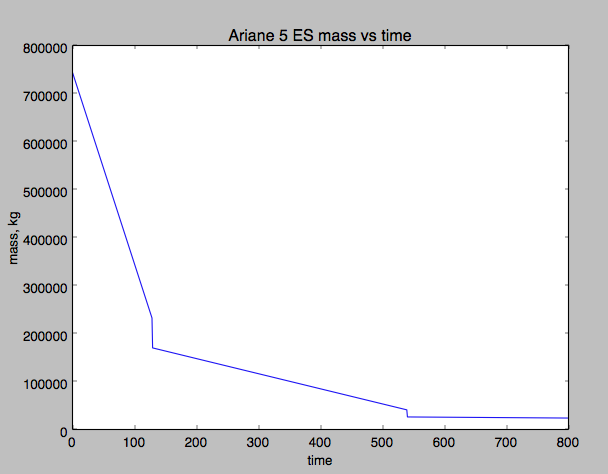 The Atlas LV-3B used for the Mercury orbital flights is the opposite of that trend, with high acceleration throughout and a very short time to orbit; its mass curve is somewhat shallower, but not dramatically so: 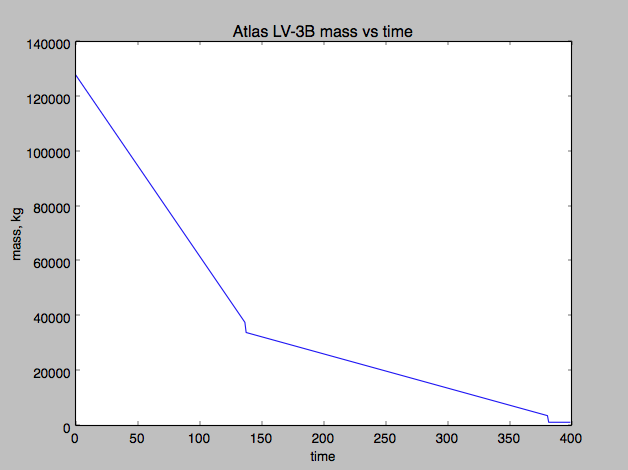 Not the answer you're looking for? Browse other questions tagged launch mass-fraction or ask your own question.

3
Could fuel be "hosed" (pumped) from the ground to a launcher?

17
Is it more efficient to assemble spacecraft in orbit, or assemble on the ground and launch?
7
How do the secondary payload abilities of different launchers compare?
14
Why are rocket mass on the launch pad and payload mass to LEO not strongly correlated?
10
How does the roll maneuver allow more mass to be lifted into orbit?
11
How does static test firing before launch affect design of rocket mass and structure?
3
What are Mass Rate(∆v)/∆v, Mass Rate(Isp)/Isp and time of burn(MR)/MR graphs?
3
What are the historical fastest and longest time between take off and orbit insertion?
12
How does tankage mass really scale?