How many left handed astronauts have there been?

One kind of 'popular science' fun facts that is very popular is to show how many of the individuals belonging to a notable group of people that are left handed, often showing a large disproportionally from the rest of the population. (example with Apollo astronauts, but that is a small sample size) This has been asked about presidents and Nobel prize winners etc., But are there any handedness skewing regarding astronauts too? This discussion suggest such a correlation.

As far as I can see, handedness may have a slight impact on the design of control panels and equipment with chiral properties, like scissors. (In the later case calling for a more neutral design in order to maintain uniform productivity.) 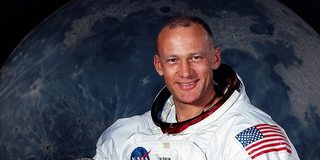 It's hard to get a comprehensive statistic of all astronauts, but 1 in 4 of the early US astronauts (Mercury- Apollo) were left handed, including the following:

I can't find a reliable statistic beyond the Apollo era, but I suspect that percentage has gone down. Also note that about 10% of the population is left handed, so the 25% of this era is unusual. From what I can tell, that percentage for more modern astronauts is higher than 10%, but lower than 25%.

Buzz Aldrin were not left-handed, they are public pictures of him signing documents from his right hand. One should always check, as they are many false claims about famous character being lefty: Napoleon ; Charlemagne ; Reagan ; Zuckerberg ; Fidel Castro ; Neil Armstrong I personaly checked all them : they are rightys.

Not the answer you're looking for? Browse other questions tagged astronauts life statistics astronaut-recruitment or ask your own question.

7
First left-handed primate on the Moon? First in space?
3
Are there examples of spaceflight equipment being redesigned to remove right hand bias? (To make it less difficult to use left-handed)