This spaceflightnow article says near the end that the Falcon 9 2nd stage will leave SES-9 in an elliptical, inclined transfer orbit. This article says that this is a super-synchronous orbit, and that the original plan was for a sub-synchronous orbit with apogee of only 26,000km which would have then left SES-9 with a 93 day "climb" to geostationary.

I'm a little overwhenlmed by acronyms so I've left them out. but first of all what exactly do these represent: "GTO", "GSO", and "GEO".

But the main part of my question is how will SES-9 reach its target geostationary orbit from the inclined elliptical orbit described in the first article? I found this in GitHub which points to the image below, but that's clearly for a different initial condition. 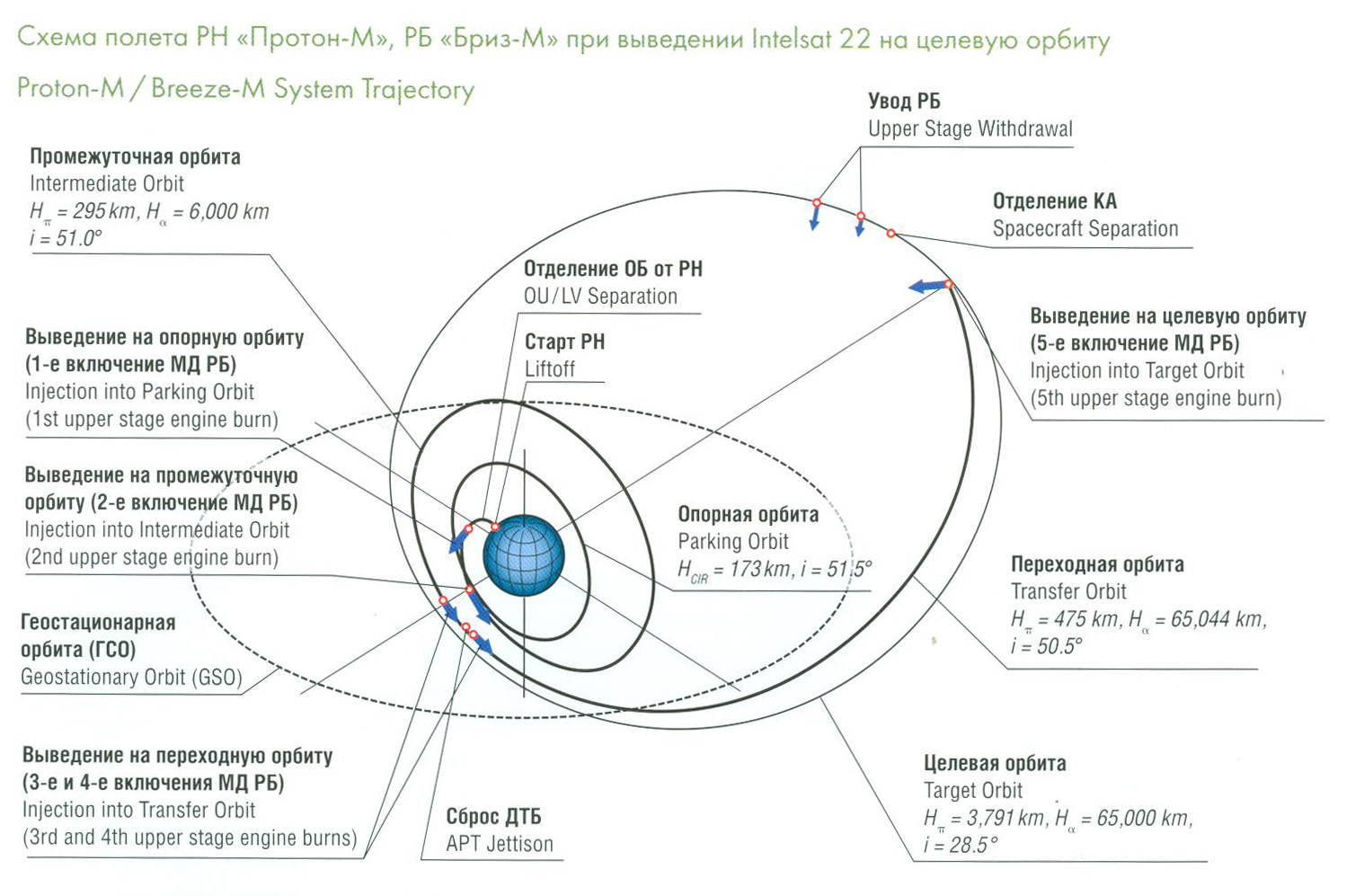 Image linked from here in reference to a different transfer orbit strategy.

GEO and GSO are synonyms for geostationary (earth) orbit. They are orbits that are in the equatorial plane at an altitude that has a $24$ hour period so that the satellite appears to stay at one point in the sky. Many communications satellites are placed in one of these orbits and SES-9 is going to one at $108.2^\circ$ East longitude. GTO is geostationary transfer orbit. It is typically an orbit with a low perigee (a few hundred km), an apogee at about 42000 km, close to the altitude of GEO, and some inclination. The satellite carries a rocket to circularize the orbit. It fires the rocket when the satellite is at apogee, raising perigee and cancelling the inclination. If the initial apogee is not at synchronous altitude, that needs to be corrected as well by firings. Supersynchronous orbits have the apogee higher than 42000 km, so it must be lowered. If the launch rocket has enough performance to provide an orbit like that, it can reduce the fuel consumption of the satellite by reducing the fuel needed to cancel the inclination.

Not the answer you're looking for? Browse other questions tagged spacex falcon-9 orbital-maneuver communication-satellite or ask your own question.

8
What will be “unique” about upcoming SES-9 GTO transfer profile by SpaceX?
8
What was the first practical use of a satellite constellation?

8
What will be “unique” about upcoming SES-9 GTO transfer profile by SpaceX?
3
Would lunar flyby be less costly in delta-v than direct change from ISS's to Hubble's orbit?
4
CZ-5 plus YZ-2 put SJ-17 in GEO - third stage or separate spacecraft?
8
How much payload can Falcon Heavy Reusable lift?
5
Efficiency and timing of the Iridium-6/GRACE-FO low-power burn and coast phase?
17
Why is the first stage from the Falcon 9 SES-12 mission not recovered?
3
What is meant by “a high-energy geostationary orbit”? (SpaceX Arabsat 6A)
8
How will Starlink satellites deploy from the fairing and reach their orbits?
4
Shortest ever F9 2nd stage burn for the largest ever F9 payload? (Starlink Mission's SES-2 burn time of 3 seconds)