Why does SpaceX's Launch Complex 1 have four contingency landing pads?

An additional four 150 feet (46 m) diameter pads are planned to support the simultaneous recovery of additional boosters of the Falcon Heavy.

The falcon heavy having 2 booster, one would think having 2 contingency landing pads would be enough. (See the pictures below for illustration). 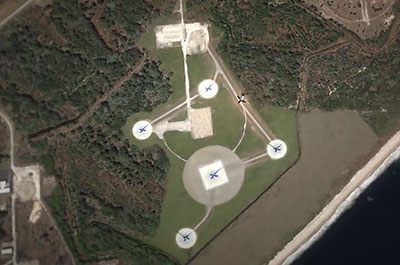 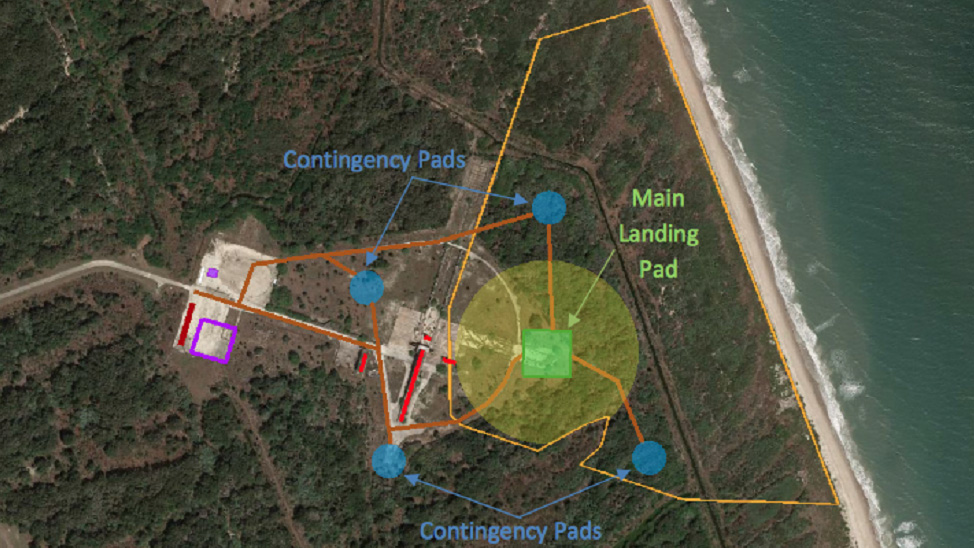 I found the answer from a SpaceFlightNow article.

The contingency pads would only be utilized in order to enable the safe landing of a single vehicle should last-second navigation and landing diversion be required,

Bottom line, there are 4 because they are only to be used if for some reason the booster is off target, and one of the contingency pads is closer. You need 4 to spread them far enough apart to make it likely to always have one near.

Originally it was thought that the Falcon Heavy landing would use some mechanism to separate in time the landing of the two core boosters. Perhaps, slow one down, allow one to reenter a bit faster to buy enough time for one to land, perhaps let the dust settle down, before the second one landed.

Elon tweeted that he expects them to land simultaneously.

The contingency pads in the EIS apparently have yet to be built, as late as the CRS-9 landing at LZ-1. So it is unclear yet what the purpose would be, although as a divert location it does make sense, as is stated in Pearson's answer.

Not the answer you're looking for? Browse other questions tagged rockets spacex falcon-9 landing falcon-heavy or ask your own question.

15
What is the value of the cross-track angle between the two designated CRS-4 first stage recovery zones?
61
Why does the SpaceX reusable launcher use vertical rather than horizontal landing?
8
Why did SpaceX use LC-13 as LZ-1?
21
Why did the Apollo Lunar Module have four landing legs?
12
How many 1st stage boosters will SpaceX settle for, for its LEO/GTO fleet?
4
Reuse statistics of SpaceX Dragon capsules?
17
Why does this boat have a landing pad? (SpaceX's GO Searcher) Any plans for propulsive capsule landings?
14
Why does Arabsat 6A need a Falcon Heavy to launch
19
Why doesn't Starship have four landing legs?