What instruments are necessary aboard spacecraft?

Just what the title says.

Image below shows any number of displays, knobs, switches and what-not in the cockpit of the Space Shuttle: 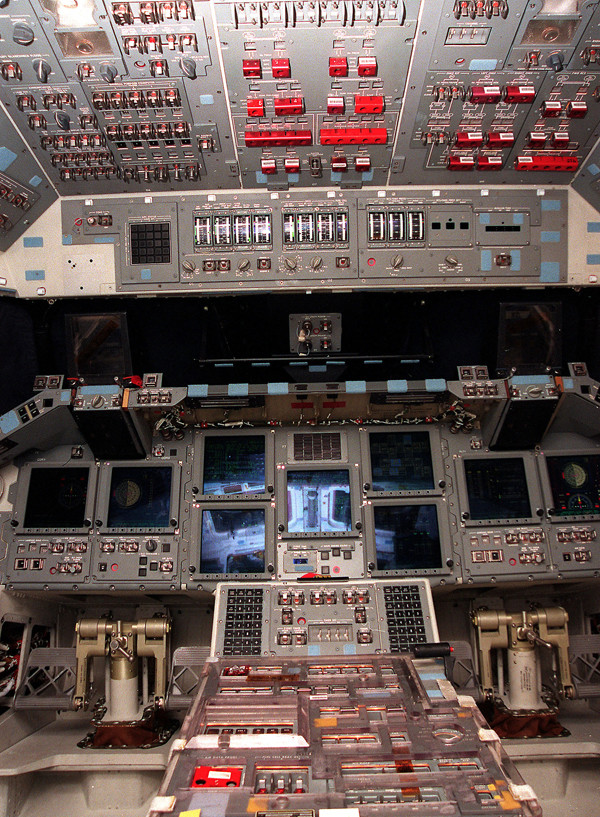 Yet all of them may not be necessary throughout the mission. For instance, an aeroplane pilot can probably get by, in a pinch, with just the following

(Apparently the Wright brothers started out with just a tachometer, an anemometer, and a stopwatch)

There is no minimum for cockpit instrumentation, as spacecraft can be completely automated and/or controlled from the ground.

For practical purposes, the minimum craft controls would be:

These are based upon the combined controls for the NASA MMU and the NASA EVA suit.

A practical spacecraft should also have:

Most of the controls will be multiple devices, and many will have redundancies, so each redundant system will have its own controls.

It's worth noting that the Shuttle could have been controlled with far fewer manual controls, but that the NASA felt it important to retain manual controls rather than computerized ones.

Also, the Shuttle, since it flies in US airspace, also has full aircraft instrumentation, including

Not the answer you're looking for? Browse other questions tagged spacecraft-development instrument or ask your own question.