Why don't astronauts do isometrics or timed static contractions against immovable objects (like fixed bars at different heights) to sustain muscle mass and bone density in zero, micro, or low (to Earth) gravity conditions?

This seems like a cheep and effective way to mitigate a lot of the problems.

Or, does anyone know if the do? 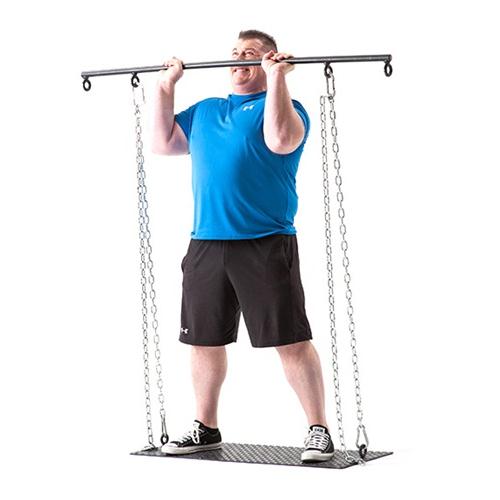 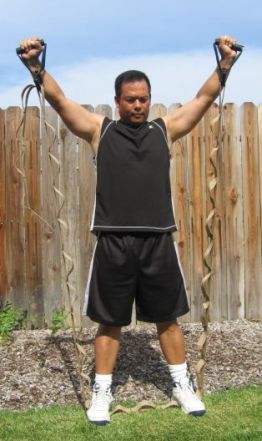 and won't take up much space in space.

Check out this video in which Astronaut Suni Williams gives a tour of the ISS. Among the items she shows is the TVIS, as already mentioned, but at about 16:30, she shows a different exercise device which appears to be exactly the answer to your question.

By the way, she explains that the vibration hazard from the TVIS would be to the solar panels (but it would certainly be disruptive to microgravity experiments). One could well imagine that a harmonic resonance from someone cranking away on the bike could easily overwhelm the structures which hold the solar panels together and attach them to the station.

Spaceflight Associated Neuro-Ocular Syndrome (SANS) (formerly called visual impairment and intracranial pressure syndrome) is a group of findings and symptoms that have been found in astronauts who have undergone long duration space flight missions in microgravity environments. There is no single agreed upon cause, but one risk factor is intensive resistive exercise https://eyewiki.aao.org/Spaceflight-Associated_Neuro-Ocular_Syndrome_(SANS)

Isometric exercise would be considered intensive resistive exercise. Until there is a better understanding of SANS and effective prevention, it would be wise to avoid isometrics for prolonged microgravity missions.

It seems like simple equipment to support isometric exercises would indeed be logical. There might be such a thing. But I couldn't find a quick answer for this. I almost expect to see multiple experimental solutions, given that combating muscle atrophy in zero G is a major concern.

Probably the most famous piece of exercise of equipment on the ISS is the Treadmill with Vibration Isolation Stabilization (TVIS). As indicated by the name, the treadmill's chief asset is its ability to be used without propagating virbration to the vast number of micro-gravity experiments on the station. https://en.wikipedia.org/wiki/Treadmill_with_Vibration_Isolation_Stabilization

This isolation turns out to be a major design requirement. Equipment put on the station should not induce measurable vibration to the station. In fact, this is a major reason why there is no human-sized centrifuge or rotating section connected to the station, even though this would go far toward understanding any proposed partial gravity prescriptions and probably combat atrophy. (There are vibration problems on the station as is. NASA and its partners probably don't want to compound the problem.)

As for why the TVIS is so famous... For very strange reasons related to the magical hold of Stephen Colbert on parts of humanity, it is also known as the Combined Operational Load Bearing External Resistance Treadmill (COLBERT). It was a little weird while it was happening, but it's a good story, and not just because of Colbert. https://en.wikipedia.org/wiki/Tranquility_(ISS_module)#Naming_contest

Were it not for the naming controversy, many of us probably wouldn't even be aware of that particular treadmill.

We have many muscles, and not all are easy to train (respiratory, heart, and many inner muscles). It take also much place and time to build and operate a gymn, both of which are taken from experiments (so not so cheap), and there is also no "fix": the actual space training machines are designed so that they don't give regular impulse to the ISS structure.

But astronauts do a lot of exercises to mitigate the problem.

Not the answer you're looking for? Browse other questions tagged microgravity health reduced-gravity-sports or ask your own question.

17
Would wearing heavy clothing be enough to solve the health effects of reduced gravity on other planets?