This is a follow-up question to Can Voyager 1 receive signals from Earth? this and this answer. UPDATED: see additional information and discussion below.

Voyager receives at around 2 GHz1, so its 3.7m diameter dish can not separate the two. Even a quiet sun is almost $\text{10}^6$ Jy. The electronics is circa 1970, if it has an input bandwidth presented to the front-end of 10MHz, the sun will be a million times stronger than the 20kW Deep Space Network DSN signal. 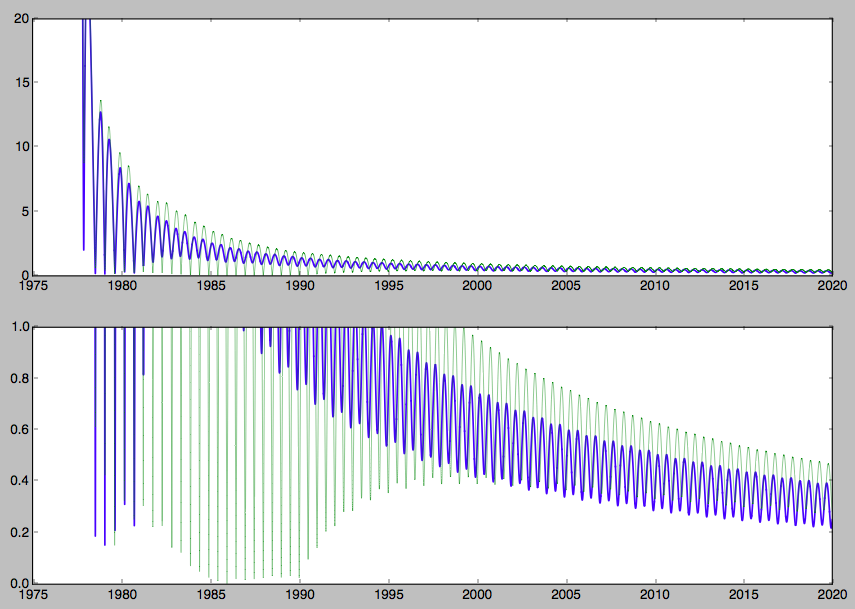 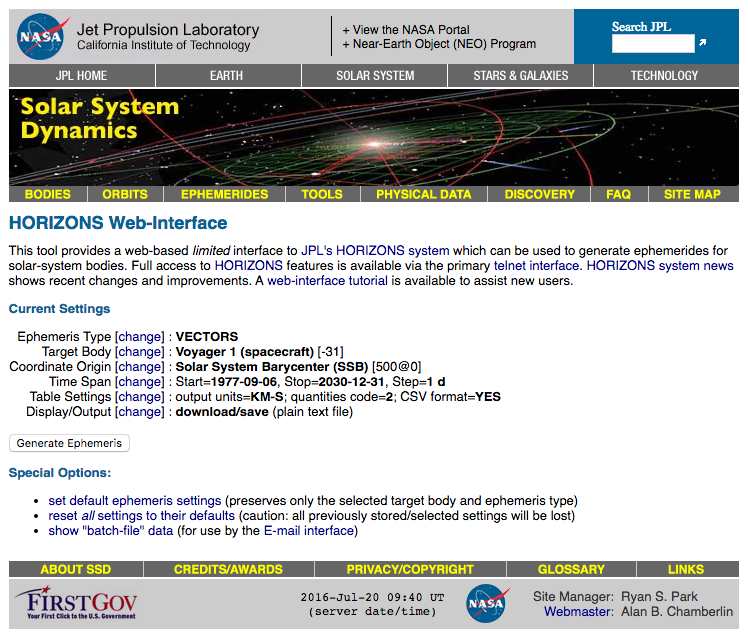 above: Partial screen shots from DSN Now: https://eyes.nasa.gov/dsn/dsn.html, just for fun because this is downlink at 8 GHz rather than uplink at 2 GHz.

1 from All About Circuits' Communicating Over Billions of Miles: Long Distance Communications in the Voyager Spacecraft (a fun read!):

The uplink carrier frequency of Voyager 1 is 2114.676697 MHz and 2113.312500 MHz for Voyager 2. The uplink carrier can be modulated with command and/or ranging data. Commands are 16-bps, Manchester-encoded, biphase-modulated onto a 512 HZ square wave subcarrier. 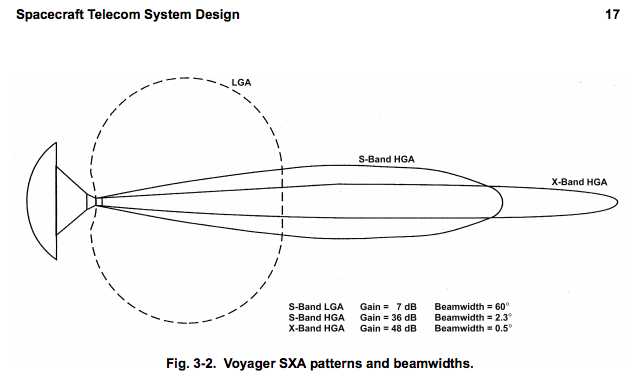 from DESCANSO Design and Performance Summary Series Article 4: Voyager Telecommunications as discussed in this answer.

So the solar noise is much less than the thermal noise from Voyager's front-end amplifier. The fact that the antenna provides no discrimination doesn't matter.

The radio noise from the Sun can be over 1000 times larger during a solar storm. It would then be comparable to the front-end noise and could be a problem.

26
Can Voyager 1 receive signals from Earth?
11
Will the Tesla Roadster return any telemetry?
22
Why was Canberra able to listen to Voyager 2 but not talk to it?
12
How to calculate data rate of Voyager 1?
11
Where is Voyager 1 now (2021)?
7
What if the Voyagers had remained within the plane of the ecliptic?
4
Why is the operating temperature for the Voyagers' receiver noise calculation about 1550K?
8
What exactly is the interaction that blocked Juno's data downlink near solar conjunction?
2
Voyager Earth to Jupiter journey time
5
Frequency responses of Voyager's S-band high gain antenna's feed-horn and receiver front end & IF?
See more linked questions

39
How does Voyager 1 send signals to Earth?
26
Can Voyager 1 receive signals from Earth?
3
How powerful an antenna needs to be to signal Earth from other solar systems?
2
Why does DSN sometimes uses two dishes at the same time to receive Voyager-1?
0
What are the main sources of radio noise & interference limiting deep space data rates and availability?
19
Why not send Voyager 3 and 4 following up the paths taken by Voyager 1 and 2 to re-transmit signals of later as they fly away from Earth?
7
What if the Voyagers had remained within the plane of the ecliptic?
22
Why was Canberra able to listen to Voyager 2 but not talk to it?