Shouldn't all bodies in a system orbit around the barycenter of that system? In other words, the Earth, the Moon, and any satellites are actually all satellites of this common barycenter?

First, a simple question which proves your assumption wrong:

If you could always replace planet and moon by their barycenter and all satellites would orbit this, how could the Apollo command modules (and others) orbit the moon? Further more, how could anything orbit the earth, if the barycenter of earth and sun is deep inside the sun?

The point is, you have to look at the distances. If you are really far away from the planet-moon system, you can approximate them as as single mass located at their barycenter.
But if you are in close proximity to one object, the gravitational force of the other object is more or less neglible. For example, here is the acceleration by Earth/Moon on an object on Earth/Moon:

To make the influence of the distance more clear, I made some plots of the gravitational field of Earth and Moon. They just show the direction of the field.

Here is the field near the Earth. I have added the geostationary orbit for size comparison and some lines through the center of the earth and the barycenter: 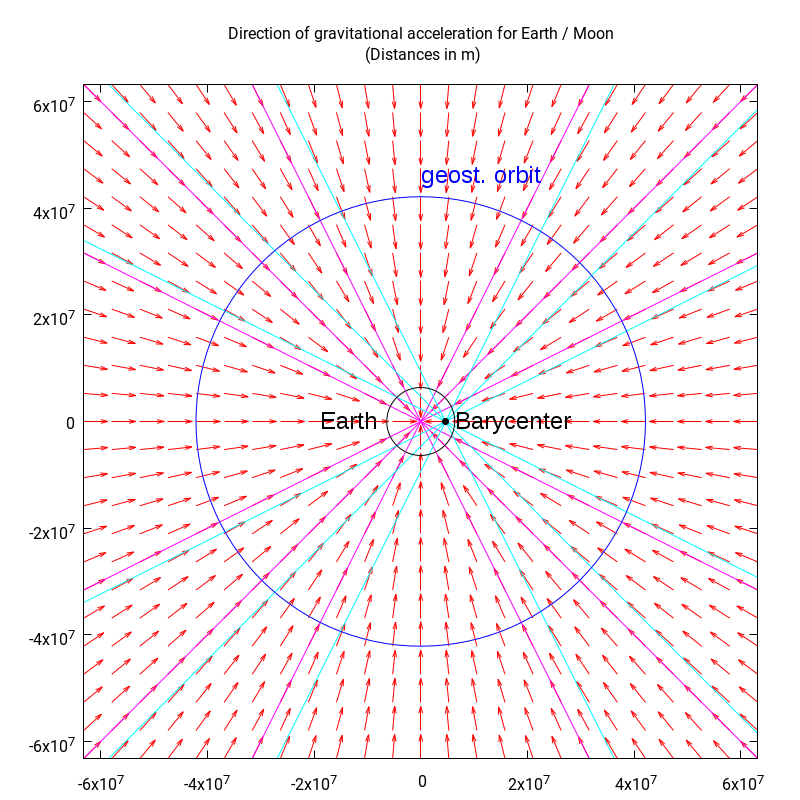 All arrows point to the center of the earth, not to the barycenter. It looks as if there is no moon.

As a more extreme example, here is the field near the moon: 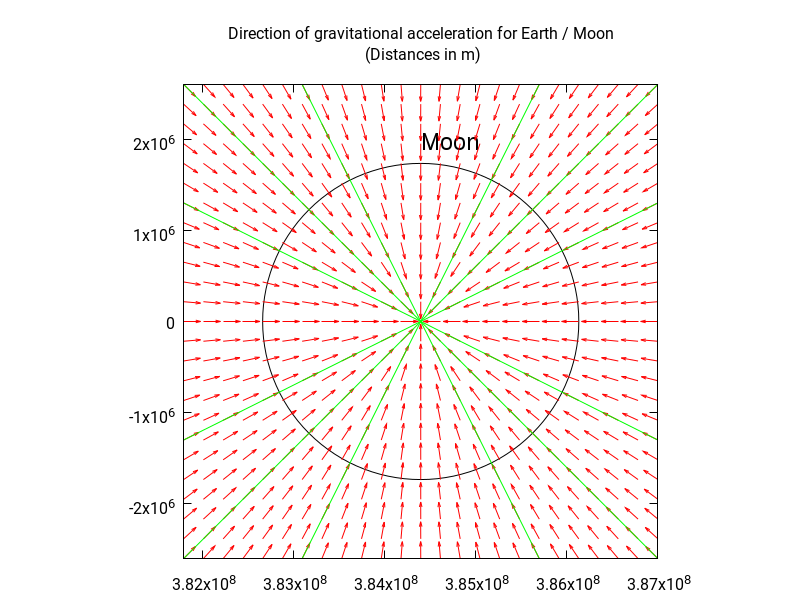 Also here, far far away from the barycenter, there is no evicence of the big, heavy earth. 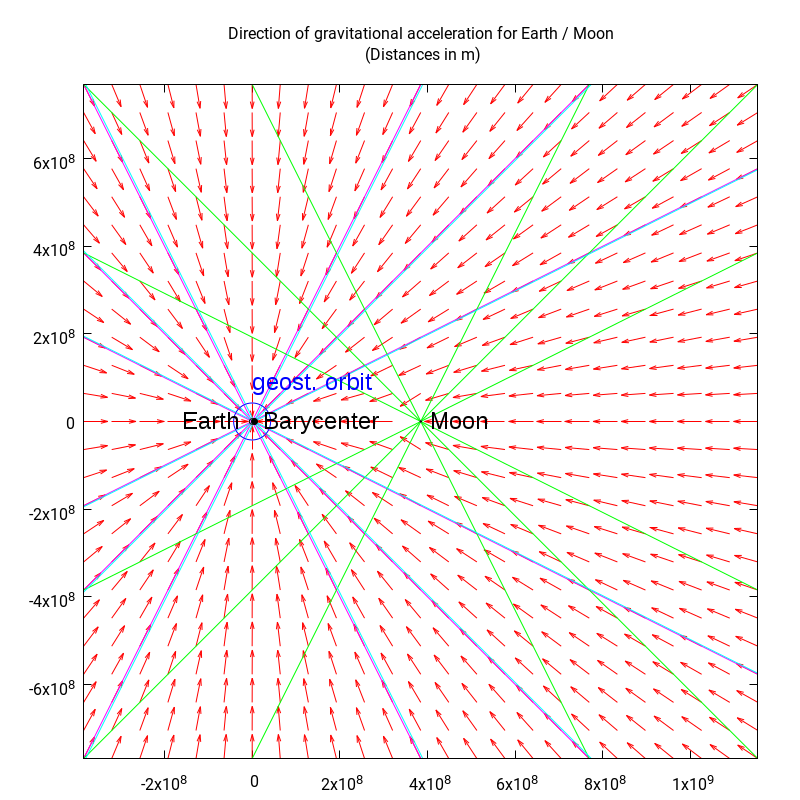 In some distance to earth and moon, the field points to the barycenter (though it'shard to distinguish from center of the earth).

this shows what I wrote in the beginning: Close to an object, the effect of other is more or less negligible, and the field points to the center of the object. And from far away, the field points to the barycenter, so you can approximate the objects by a single one.
So, satellites orbit the center of the earth, not the barycenter. But of course, the moon will affect the orbit a little And I agree, this could become interesting when planet and moon are more of the same size, which results in bigger influences.

Also note that I neglected the rotation of the Earth-Moon system. This will also affect an orbit, but since the typical orbital period of a satellite is in the order of an hour, and that of Earth-Moon is 28d, the effect should be not that large.

That is not a safe assumption.

Imagine a satellite orbiting close to Earth. If the Earth was the only mass that mattered, the geometric centre would be at the focus of the orbit. If we include the Moon, the distance between it and the satellite is very similar to the distance between it and the Earth. Thus, even if the gravitational influence of the Moon is noticeable, the Moon then accelerates both the Earth and the satellite at almost exactly the same magnitude and direction. This is like how the Moon seems to have a normal orbit around the Earth, even though the gravitational influence of the Sun is strong. An external force does not matter if it affects both the objects in the same way.

Of course, the distance ratio between the Moon's orbital radius and the satellite's is not infinite, so there would be some minor tidal effects. But they are way smaller than making the satellite orbiting the barycentre.

Not the answer you're looking for? Browse other questions tagged low-earth-orbit or ask your own question.

10
Pluto's satellites other than Charon orbits around Pluto or center of gravity between Pluto and Charon?
7
PUZZLER: Around how many solar system bodies are there Legos in orbit?

33
Do any (LEO) satellites move east-to-west?
6
Swarm: Is ESA launching another set of aerodynamically streamlined satellites into LEO without any self-destruct system onboard?
12
How feasible would it be to move the ISS to the surface of the Moon to recycle its components in future?
28
How is the altitude of a satellite defined, given that the Earth is not spherical?
16
Have spacecraft ever dipped below the Karman line and then safely continued spaceflight?
0
Was Roadster (Starman) seen in Earth orbit, before the long burn to deep space?
6
History of multiple-payload launches?
1
What are the calculations for gas transport to the Moon with a pipeline?