Did NASA ever use astronomical symbols for planets?

In 19th century texts on astronomy, the planets are often represented by symbols: ☿ for Mercury, ♀ for Venus, etc..

Did NASA ever use these symbols, or were they already obsolete by then? If they did use them, I'd expect it to be very early on.

In the strictest sense of use "for any purpose" as you say in the comments, yes. Taken from NASA page on Solar System Symbols: 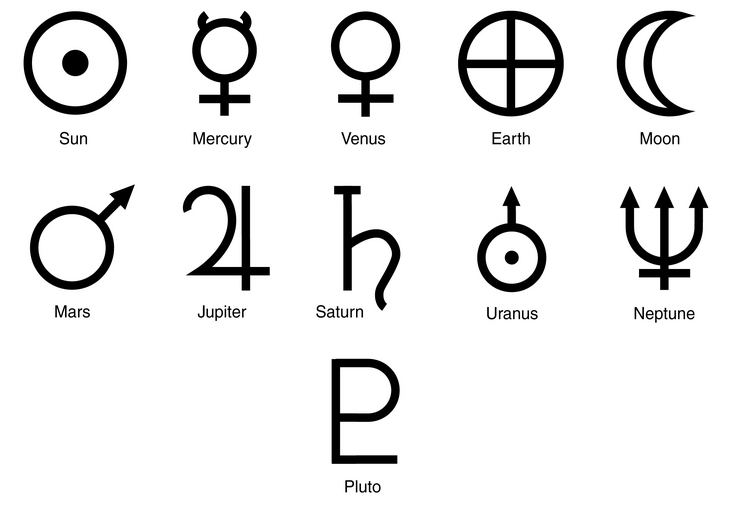 The astronomical symbol for the Sun is a shield with a circle inside. Some believe this inner circle, or "boss" represents a central sun spot.

The symbol for Mercury represents the head and winged cap of Mercury, god of commerce and communication, surmounting his caduceus (staff).

The symbol for Venus is designated as the female symbol, thought to be the stylized representation of the hand mirror of this goddess of love.

The symbol for Earth shows a globe bisected by meridian lines into four quarters.

The symbol for the Moon is a crescent.

The symbol for Mars represents the shield and spear of the god of war, Mars; it is also the male or masculine symbol.

The symbol for Jupiter is said to represent a hieroglyph of the eagle, Jove's bird, or to be the initial letter of Zeus with a line drawn through it to indicate its abbreviation.

The symbol for Saturn is thought to be an ancient scythe or sickle, as Saturn was the god of seed-sowing and also of time.

The symbol for Uranus is represented by combined devices indicating the Sun plus the spear of Mars, as Uranus was the personification of heaven in Greek mythology, dominated by the light of the Sun and the power of Mars.

The symbol for Neptune is the trident (long three-pronged fork or weapon) of Neptune, god of the sea.

The symbol for dwarf planet Pluto is a monogram made up of P and L in Pluto (and also the initials of Percival Lowell, who predicted its discovery).

All the planets of our Solar system have similar pages of their own, also using astronomical symbols, for example Neptune's Symbol page. The credited Lunar and Planetary Institute is a NASA funded institute in Houston, Texas, devoted to studying the solar system and sharing the excitement of space exploration with the public.

Being somewhat time-constraint, I wasn't able to find any mission imagery (observation data, telemetry data readings, mission control software, or any other such media with possible notations) that would use these astronomical symbols for planets. But as the time goes by, I'm pretty sure someone will find something, and I don't see why NASA using astronomical symbols also for other uses besides acknowledging they exist and describing them would even be considered anything unusual. Press kits might be watered down for easier consumption of the general populace, but for their internal use and where as concise as possible notations would be required not to obstruct other meaningful data, I imagine they'd use them frequently.

They have absolutely used these, in various mission badges:

This was the logo for the Mercury project: 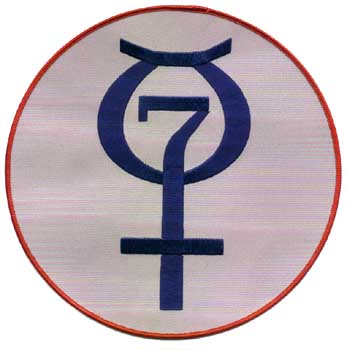 Here's a patch from the Viking program: 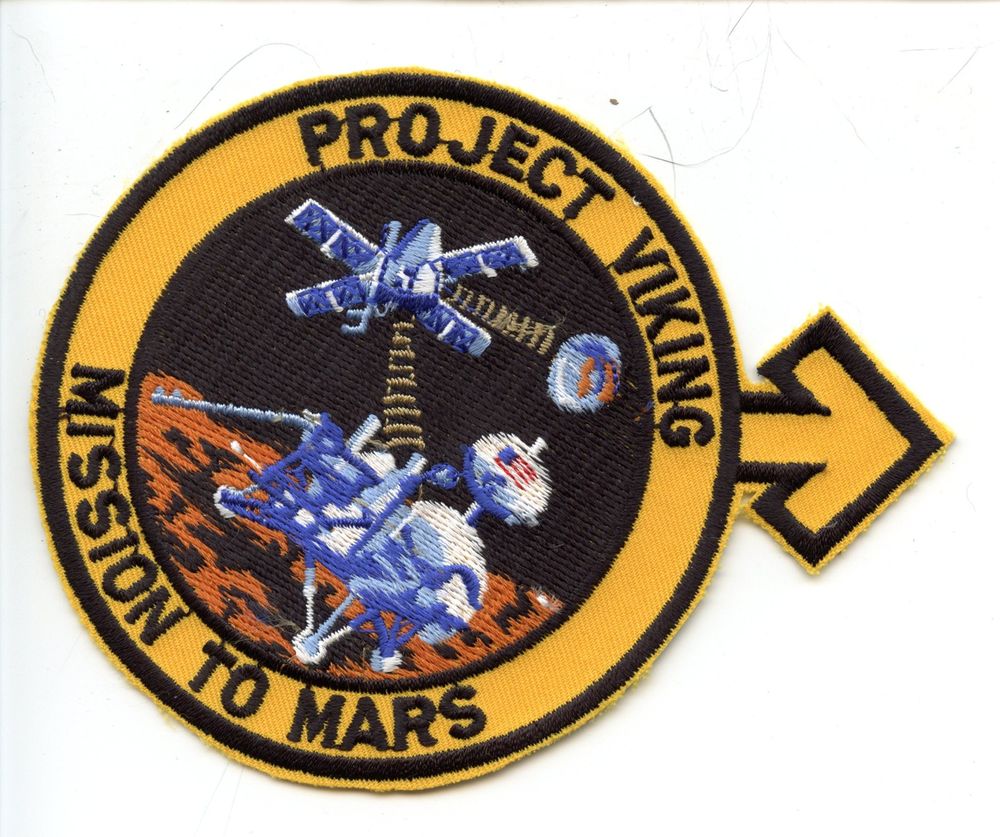 And one from Mariner 2, to Venus:

None of these are for any sort of technical reason; I'm sure the symbols aren't used for anything important, but as a little bit of astronomical history, they're not completely forgotten, either. 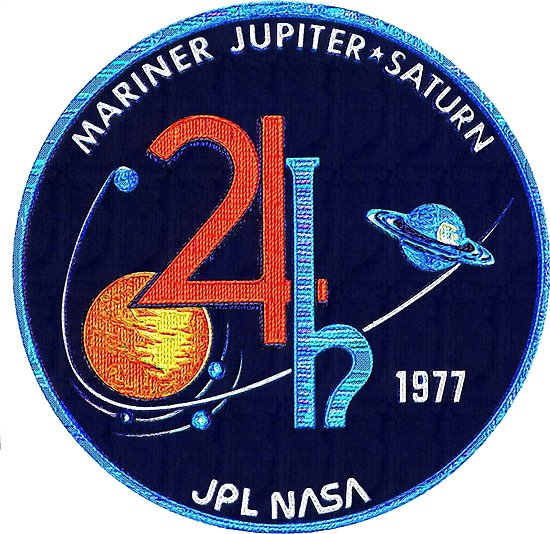 In the astronomical literature and therefore by NASA, at least the Earth and Sun symbol are used by standard to denote parameters like radius, mass, luminosity of the Earth and the Sun. It is customary to denote $\rm R_{\oplus}$, and $\rm R_{\odot}$, whereas for Jupiter (probably as it is not implemented in standard latex) one nowadays usually uses $\rm R_{J}$ or $\rm R_{Jup}$.

21
When did the term “Space” first come into use?
13
Did NASA use metric units for the Mercury missions?
2
Is “interlunar” applicable to the moons of other planets?
12
Why does NASA use the position title “Pilot”' for crew members who are not in charge of piloting the spacecraft?
3
Is Dawn's upcoming low periapsis orbit for XMO7 “resonant”?
12
Opportunity's last tau was 10.8; what does that mean and how is tau defined and measured?
6
Did NASA have a term for the “sky” during the Apollo missions
7
Did NASA distinguish between the space shuttle cockpit and flight deck?