Many people say that a Mars colony is economically unsustainable as goods from Earth will be considerably cheaper for the foreseeable future and Mars won't have anything to trade in return. This got me thinking, that due to Mars' lower gravity and lower density atmosphere launching satellites into Earth orbit might be cheaper to do from Mars rather then from Earth, despite the need for a much longer journey. Is this correct from the point of view of orbital mechanics?

If feasible this would also require the satellites to be manufactured on Mars. What sort of level of development (colony size, equipment) would be needed on the surface of Mars before the Martian satellite industry can be cost competitive with the Terran one?

Are there any other examples of industries where this could be the case?

In theory if you used aerobraking when you arrived at Earth then you could just about get there with less fuel (or more payload) than you would with launching from Earth (I haven given my calculations and source of figures below). Of course this is assuming you had the exact same infrastructure on Mars as you do on Earth, for example SpaceX employs around 5,000 people, the satellite company would be another thousand or so.

Youve also got to have all the supporting industry on Mars before you start launching satellites, from the rocket fuel to micro-chip manufacturers and farmers to cooks, you cant build a rocket without fuel, and you cant use employees without fuel (food) either. So I'd say you need at least 10'000 people to start your colony, but that's even neglecting tertiary support sectors like police, teachers, Martian bus drivers etc.

Note: I based my Delta-V calculations on the below map, taken from Wikipedia. I assumed the Mars Transfer -GTO stage could be made with aerobraking, hence why I got the value of 8 for the Mars-GEO Delta-V, lower than that required from Earth (~12-14). 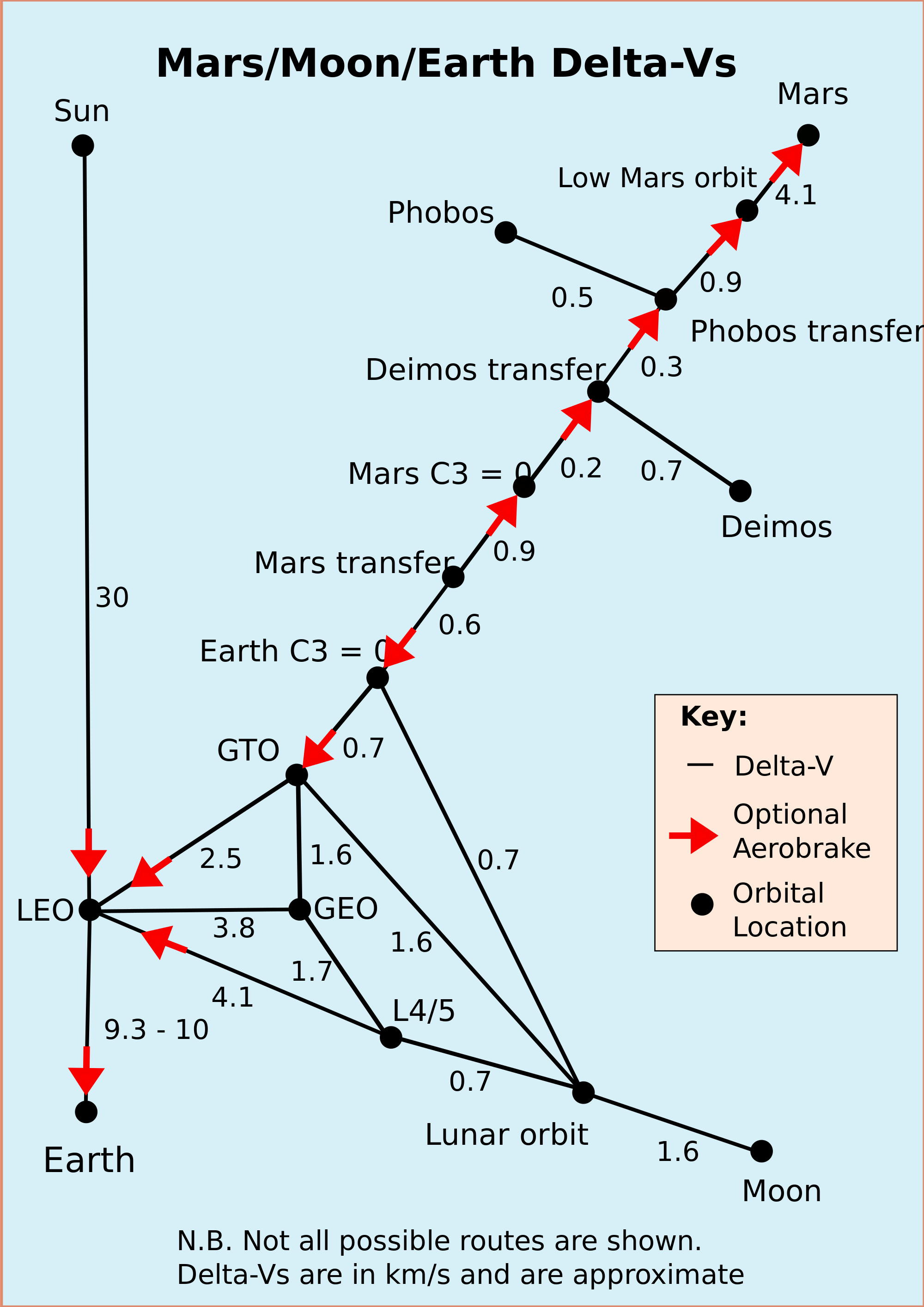 Not the answer you're looking for? Browse other questions tagged orbital-mechanics artificial-satellite colonization economics or ask your own question.

17
Feasibility: self-sustaining colony on Mars vs. Space Station
8
Can one put a large nickel-iron asteroid into an elliptical solar orbit that results in a soft(ish) earth landing?
15
How many satellites are orbiting the earth?
9
How useful could lighter-than-air tethered balloons be on Mars for radio and navigation?
5
Would adding satellites between Earth and Mars improve communications latency?
3
Manufacturing rope, textile, and clothing on Mars
21
Going from LEO to lunar using only low-thrust ion propulsion - can it be done?
4
Question about orbital mechanics and trajectories for a space infrastructure project/climate adaption idea
9
Why is the Space industry expected to flourish and grow in the near future?