I'm interested in Earth-Mars transfers that are optimized for speed rather than fuel savings. For standard elliptical, parabolic, and hyperbolic transfers, it appears that the Earth departure flight path angle (fpa) is zero. However, I have data for several hyperbolic transfers where the fpa ranges from 25 to 45 degrees. Can someone shed any light on this? Also where in LEO would the burn actually be initiated? Assume the initial burn will take place in LEO, i.e., disregard launch from Earth's surface. Also assume endpoint at Mars will be LMO of around 300 km altitude. 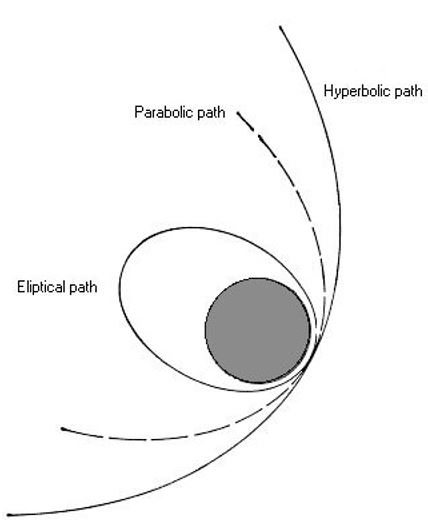 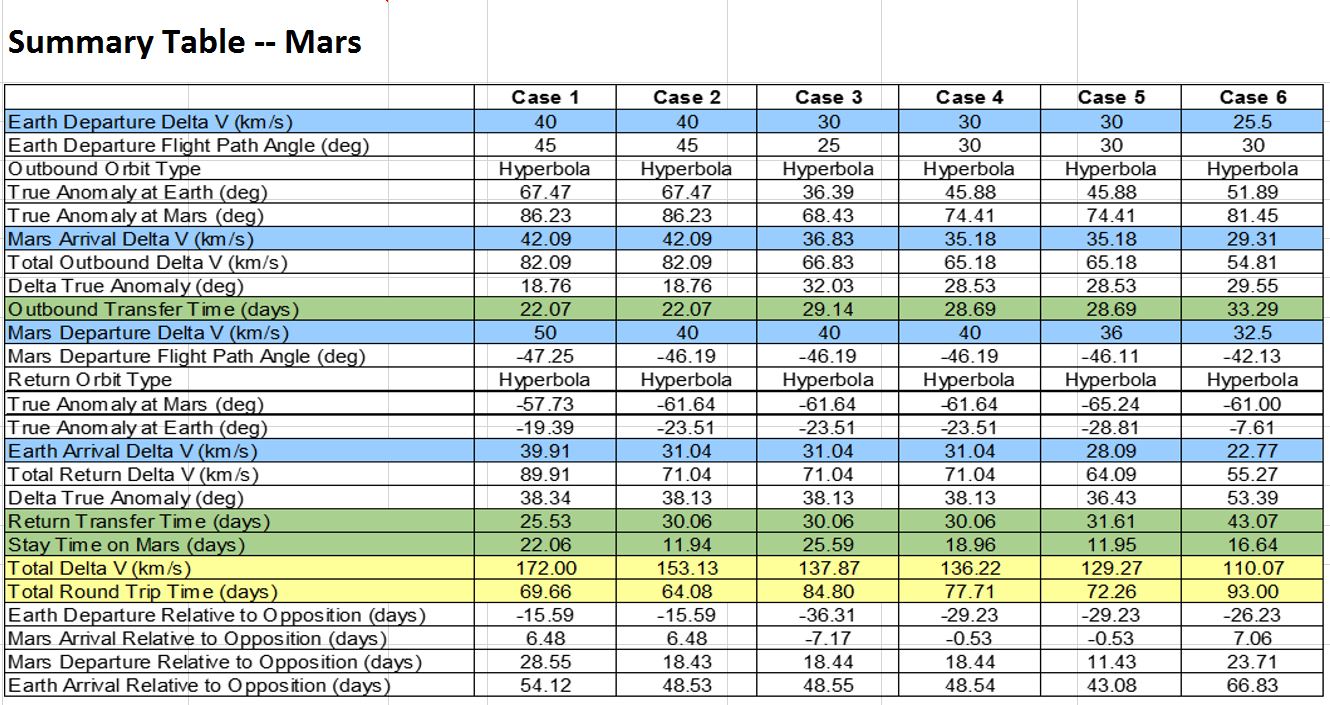 It is not clear what you want light shed upon. In any case, a Hohmann transfer, or something close to it in real-world trajectories, has close to a 0° flight path angle on departure as well as arrival. That uses the least impulsive $\Delta V$ at Earth to get to Mars.

If you don't care about efficiency, and the table you reference makes it quite clear that you don't, then any faster trajectory will have to aim outwards in order to intercept Mars sooner. The extreme case is aiming a light beam at Mars during closest approach, in which case the flight path angle is 90°.

So, sure, for faster than optimal flight times, you'll get a flight path angle somewhere between 0° and 90°.

Note that your image is of Earth departure, for which the trajectory relative to Earth must be hyperbolic to leave. This is the definition of "escape". However the word "hyperbolic" in the table is likely referring to the energy of the trajectory relative to the Sun. Those are solar system escape trajectories. If you don't stop at Mars, you leave the solar system forever. Efficient trajectories from Earth to Mars (or back) are all solar orbits, and are elliptical relative to the Sun.

As for where in LEO you do one of these amazing 30 to 40 km/s burns, it's when the resulting hyperbola relative to Earth lines up your departure vector with the transit trajectory hyperbola relative to the Sun. Normally the plane of your low-Earth orbit would already have been chosen to facilitate this, so the Earth launch does in fact matter. However with these incredible $\Delta V$'s, an additional plane change is probably not all that significant.

Barrycarter is right: the fastest path is straight from Earth, almost perpendicular to its orbit, only angled a little bit to account for matching orbital velocities, with launch at the point of the planets' closest approach, to a point in Mars orbit when Mars will be at the time of arrival, assuming accelerating at full thrust for half the trip and decelerating for the other half (or just accelerating all the way through if you're trying for a fly-by or an impactor.)

And of course that path will have ludicruously prohibitive delta-V requirements making it impossible with anything short of whole Earth diverting all funds and labor available towards building the absolutely enormous craft. Any path with a semblance of plausibility will be a kind of trade-off between the shortest (fastest) and a fuel-saving one.

All the tables you have assume high, but still realistic delta-V. They assume a departure burn and arrival burn, not a continuous full-thrust burn all the way through.

The answer for all "optimize for speed" question boils down to "How much money are you willing to throw at it?". You can shed a couple days or even weeks if you throw a couple million dollars at a typical (Hohmann) transfer. The more you straighten the path, the more you save, but as your delta-V requirements grow linearly, with travel time scaling down linearly, the size of the rocket - and the cost of building it - grows exponentially.

The realistic answer to optimizing for speed is that you first find the standard fuel-saving transfer (Hohmann, possibly with gravity assists/Oberth maneuvers) and then you modify it, shortening the travel time at cost of extra delta-V, up to your financial budget allowance.

2
Instead of approaching Mars from behind can we approach Mars from the front of its orbital path?

21
How did NASA Conclude that the General Theory of Relativity was not Needed for Earth-Moon Flight Path Computation?
5
Earth->Mars: Porkchop, departure burn and orbit inclination
3
How to calculate the flight path angle, γ, from a state vector?
3
Low-thrust spiraling to escape, is the flight path angle (gamma) at C3=0 always 39 degrees?
2
How can you determine the nature of an object from its flight path angle, velocity, and radius alone?
9
Calculate flight path angle given semi-major axis, eccentricity and distance from the focal point