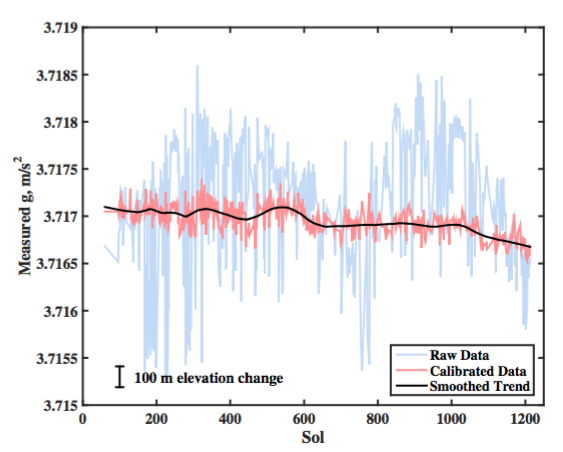 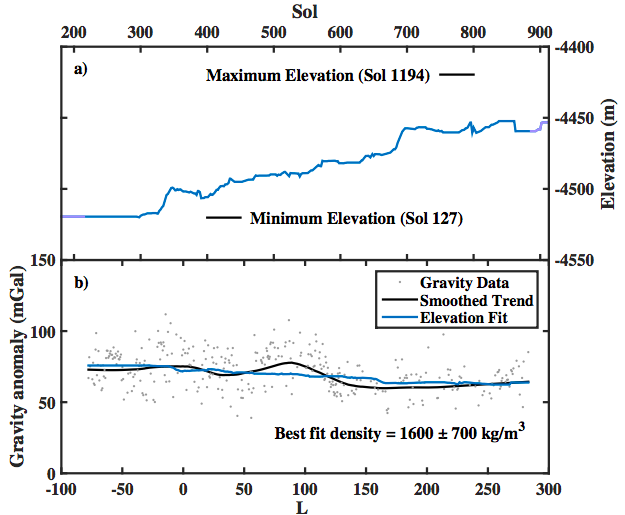 Figure 2 – Determination of the relationship between gravitational acceleration and elevation. a) Rover elevation data as a function of Sol. b) Calibrated gravity measurements as a function of solar longitude (Ls). Elevation data is fit over one Martian year to avoid seasonal trends. The falloff in g as Curiosity has climbed Mount Sharp can be explained most simply by a low subsurface density for Mount Sharp (best fit – 1600 kg/m2). 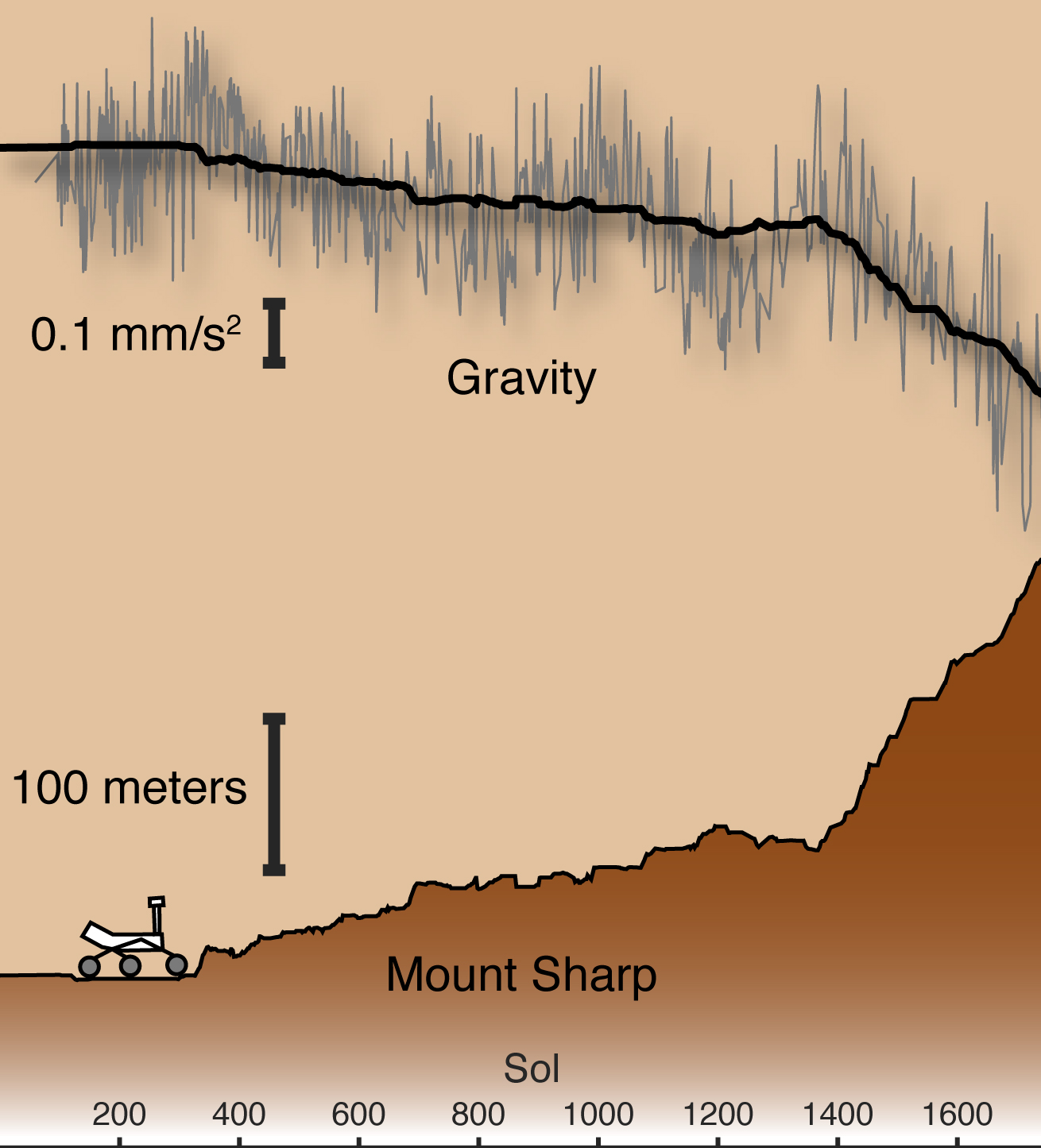 4
Do Curiosity's reported measurements of Mars' surface gravity (~3.717 m/s^2) include centrifugal effects?
9
How does Curiosity know how to point and move it's high gain antenna in real time?
4
Has the Curiosity rover ever communicated directly with Earth via its high-gain antenna? Signal strength & data rate?
5
How was InSight's vertical seismometer (accelerometer) tested in Earth's stronger gravity?
3
Local atmospheric pressure and local surface gravity in Jezero crater?
1
What counts as "0 mGal" in these gravity maps?

10
Are there any Mars missions currently in the design phase which could take advantage of NASA's Low Density Supersonic Decelerator?
9
What's the current timeline for NASA's Mars orbiter laser communications?
17
Does Mars One actually do anything?
2
How do Mars rovers synchronize with NASA scientists?
4
Mars and the missing carbonate. Did Mars once orbit closer to the Sun?
5
Are rovers useful on low gravity, low atmosphere bodies?
4
Do Curiosity's reported measurements of Mars' surface gravity (~3.717 m/s^2) include centrifugal effects?
35
Is it possible that Curiosity Rover measured its own methane or failed doing the spectrometry?
2
History of investigation of lunar and Martian surface gravity