If the Dawn probe visits a third asteroid after Ceres and Vesta, which asteroid could it visit?

The Dawn mission was supposed to end after its rendezvous with Ceres, but now, reports say that the Dawn team has asked NASA to extend the mission to visit a third asteroid.

There’s only a small amount of propellant left, so there’s only a limited selection of possible destinations for Dawn at this point. 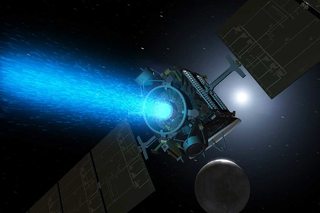 Chris Russell, of the University of California, Los Angeles, is the principal investigator for the Dawn mission. He told New Scientist, “As long as the mission extension has not been approved by NASA, I’m not going to tell you which asteroid we plan to visit,” he says. “I hope a decision won’t take months.”

So I ask this question to the stackexchange community: can you make any educated guesses about this "third asteroid"?

On April 20, 2016, New Scientist announced that the Dawn team had sent NASA a proposal for an extended mission. According to the report, the spacecraft retains enough xenon fuel to break Ceres orbit and reach a third asteroid.[123] In July 2016, NASA rejected the proposal because remaining in orbit around Ceres has the potential to provide more significant science discoveries than a flyby of 145 Adeona in May 2019.

Not the answer you're looking for? Browse other questions tagged asteroid dawn-mission or ask your own question.

12
How will the ion thruster powered Dawn spacecraft enter orbit around Ceres?
10
Why doesn't Dawn create and release colour images of Ceres?
12
Which are the main challenges for sample return mission from an asteroid and a comet?
1
Theoretical Asteroid Composition and the economy
12
Xenon vs Hydrazine, "Should I Stay or Should I go?" Dawn mission decisions
2
Ceres gravity from spherical harmonics from Dawn, how to get the coefficients, definitions and potential?
2
Which one of these Isp's for the Dawn spacecraft is wrong?
6
Could the Orion project pusher plate model be used for asteroid deflection?
2
How Much Could You Deflect the Path of a 500 meter Diameter Asteroid with 100 STAR48 Rocket Motors