In this short but very helpful answer @MikeH provides a link to this short item published in Nature:"...and farewell to the Pioneer Anomaly" which is well worth reading! It references a Physical Review Letter which can also be read via ArXiv for the specifics of the whole thing, including things like the screenshot below.

The Pioneer Anomaly is related to anisotropic thermal radiation. If the spacecraft is spin-stabilized, it's orientation is carefully maintained.

The Nature item (published in 2012) contains this forward-thinking paragraph:

"For decades, the anomaly remained. The Pioneers were realized to be uniquely sensitive to the decelerating force, cruising smoothly over huge distances because they were spin stabilized: other craft, including the Voyagers, were not, and their regular firing of thrusters to set or maintain course overwhelmed any sensitivity they might have had to the tiny Pioneer anomaly. There is some hope that NASA’s New Horizons mission, launched in 2006 and set to reach Pluto in 2015, might display a measurable anomalous deceleration, as it too is spin-stabilized for a chunk of its voyage; however, the design of the craft might result in some degree of unpredictable thermal-radiation pressure that would again overwhelm the effect."

How did that all work out? Did New Horizons "display a measurable anomalous deceleration" due to the same, now very well understood effect? And if so, was it during the spin-stabilized chuck of it's voyage? 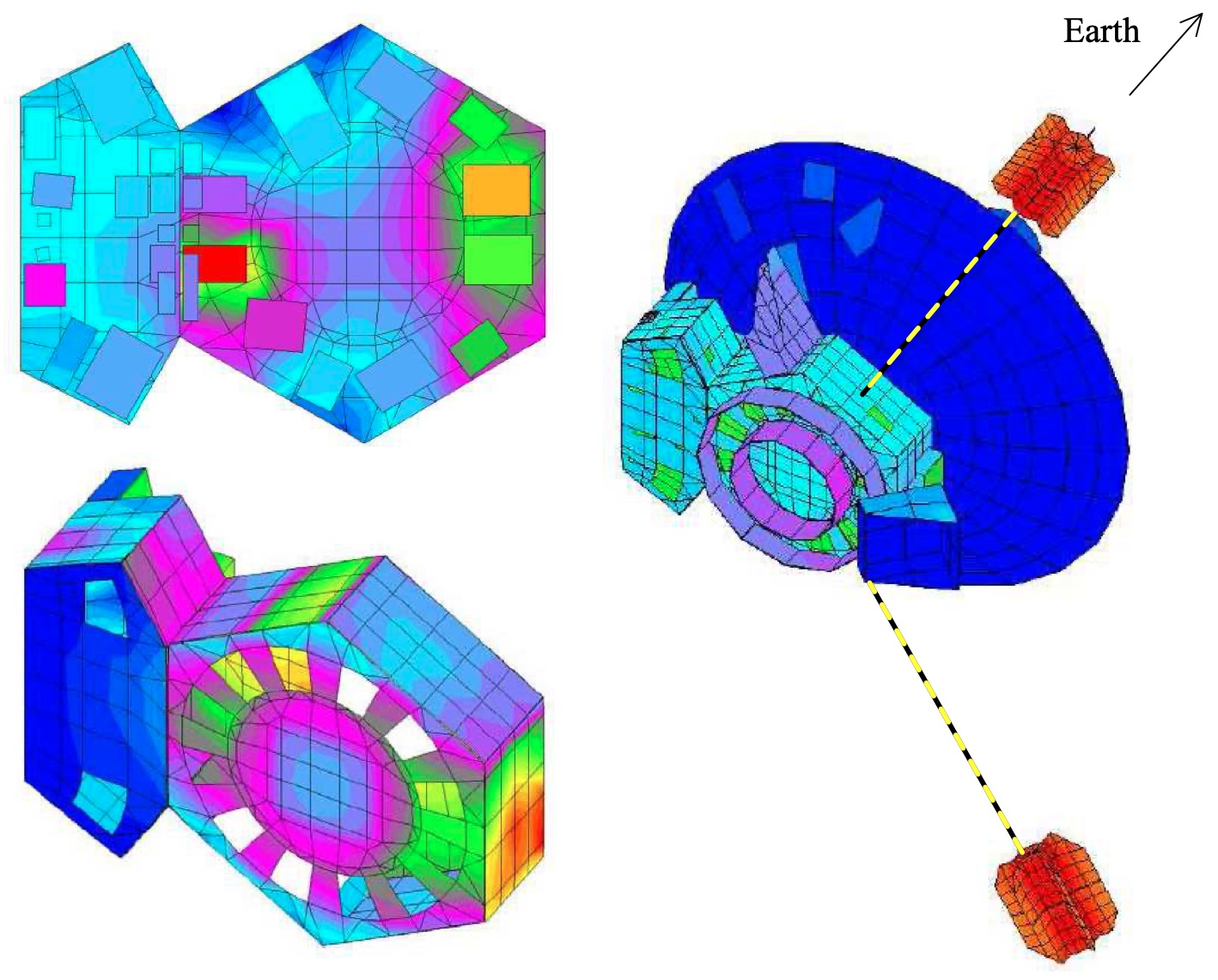 There are at least three independent models for the thermal recoil force that were applied to the Pioneer spacecraft. The results of all of them are compatible with the observed anomaly, which is a strong indication that the anomaly is just a thermal effect. The differences between the models and between the observed anomaly is well within the error of the observation so, as far as we know, there is no other phenomena beyond the thermal force.

One of these models has been applied to the thermal recoil force (and momentum) of the New Horizons spacecraft (linked below), and compares the thermal recoil model prediction with data from literature, strongly suggesting that, also in the case of the New Horizons, the thermal recoil effect is enough to completely explain the observations. Since there were more information about the NH spacecraft, a simple oscillation model was developed and the effects on the attitude could in principle be measured. But, as far as I know, no attempt to measure directly the effects on the attitude was done, as it may be impossible because the effect is very small.

Disclaimer: I'm one of the authors of the mentioned paper.

I found this reference in a 2015 Reddit interview of the New Horizons team:

Has the team had any success looking for Pioneer Anomaly type effects in New Horizon's position and trajectory data? Thanks for doing this AMA!

Michael Vincent: We did look at that. It was attributed to the thermal radiation from the RTG pushing on the spacecraft asymmetrically on the Pioneer spacecraft. I believe that was finally determined in 2008 or so.

Unfortunately that's an ambiguous answer: Vincent seems to be referring to NASA's work on resolving the cause of the Pioneer anomaly, and not about observing this same effect on New Horizons.

From a study published around 2006, there was a plan to study this:

The thermal output of the single RTG on New Horizons is nearly twice the combined thermal output of the four SNAP-19 RTGs that powered one Pioneer spacecraft. The New Horizons RTG generates more electricity, which ultimately is converted to heat inside the spacecraft and then preferentially radiated away in a direction opposite the HGA. For these reasons, the contribution of on-board heat to the unmodeled acceleration of New Horizons will be larger and will somewhat degrade the navigational accuracy for this mission. In fact, it was recently realized that a number of on-board sources of systematic effects, most notably the radiant heat emitted by the RTGs, will limit New Horizons’ acceleration sensitivity at the level of ∼ 4 × 10−9 m/s2, affecting some mission objectives.

Fortunately, relying on our recent experience of working with the Pioneer spacecraft, we can demonstrate that, by using the on-board telemetry, New Horizons can still accomplish all its radio-science objectives. To achieve this goal, one needs to build a high accuracy thermal-electric-dynamical model for the New Horizons spacecraft. Because of the availability of the relevant data and for the purposes of proving the feasibility of the approach, we first embarked on the development of such a model for the Pioneer spacecraft, as discussed in [8]. However, once the appropriate data (radiometric and telemetry) is available from New Horizons, a similar model will be developed for this mission to allow a “real-time” calibration of navigational data with respect to the set of on-board systematics. As a quantitative objective, we hope to improve acceleration sensitivity on this spacecraft to the level below 2×10−10 m/s2. In return, this will lead to an improvement of the spacecraft’s navigation accuracy, increasing the mission’s science return. A detailed analysis of the impact of this effect on the trajectory of the New Horizons spacecraft has been initiated and will be reported elsewhere.

But from this 2012 presentation, it looks like NASA didn't look for the Pioneer Anomaly in the NH data:

Not the answer you're looking for? Browse other questions tagged new-horizons pioneer or ask your own question.

1
Pioneer spacecraft anomaly
11
Has any space probe changed course (in a large way) over time?
5
Is the ejection of matter one way to get pushed the other way the only propulsion method we have?
4
How will OSIRIS-REx scan and characterise the near-earth asteroid Bennu?
3
Microwave drive for cubesats
4
Kinetic reaction from emission of electromagnetic radiation
2
Is the speed of the Voyager probes accurately described by Newton's or Einstein's theories?
0
Possible idea for a simulation in orbital mechanics using data from the JPL